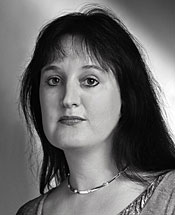 For its seventh series, CMC presents the ConTempo String Quartet as our residence artists for two wonderful evenings of new music::new Ireland. The new music::new Ireland salon series aims to encourage newcomers and enthusiasts alike to engage with the music of Irish Composers. Each performance takes place in an informal atmosphere with dialogue encouraged between composers, performers and audience. In this series the ConTempo String Quartet and guest John Feeley (guitar) take a second glance at works written for them in recent years, which are housed in the CMC’s extensive library of scores in Fishamble Street.
The first salon takes place in the Kevin Barry Room of the National Concert Hall, 6pm – 7pm, 10 Nov 2010. The Quartet will perform works by Rhona Clarke and Gráinne Mulvey. The two works, Pas de Quatre and entropy respectively, were commissioned by the Contemporary Music Centre and the Galway Music Residency in 2009 through the Arts Council/An Chomhairle Ealaíon’s project new work award. Both composers will be in attendance and will talk about their music and experience of working with the Quartet.

On 17 Nov the Quartet will be accompanied by guest performer John Feeley (Guitar).  Together they will perform movements from Eric Sweeney’s Concerto for Guitar as well as individually performing minard nithsdale by Jennifer Walshe and part of Four Pieces for Guitar by Jane O’Leary. This salon will be followed by the launch of John Feeley’s latest CD, Islands, in the Kevin Barry Room.

‘We are delighted to welcome the ConTempo String Quartet to Dublin as resident artists for this year’s salon series. This is a wonderful opportunity for Dublin audiences to see the Quartet, for the Quartet to perform with leading Irish guitarist John Feeley, and for all involved to have a second glance at new music by Irish composers from the Centre’s library in Fishamble Street.’ says Karen Hennessy, Promotion Manager, The Contemporary Music Centre.

Admission is free but booking is strongly recommended. To book please contact the National Concert Hall on tel: 01 417 0000 or email: ei.hcn@ofni.
Latest News

Fia Rua (Eoghan Burke) launches his new album, “Falling Time”, this week, and has announced a string of nationwide live performances to coincide with the launch.

“Falling Time” was recorded in Galway by producer/musician Ross Rooney and features a number of acclaimed artists such as Jinx Lennon.

Fia Rua has built a fresh sound somewhere near the worlds of folk and indie rock with a heavy focus on voice and songwriting. As well as Eoghan's compelling vocal, the Fia Rua sound has a unique flavor which has been described as “raw alternative folk at its best”.

Connect One is the title of a new and eagerly awaited debut album from a new music collective in the midlands called Laois Music Connect.

With the music industry currently in a state of flux, the establishment of a new non-profit local music collective by music fans for music fans is an interesting experiment for Laois Music Connect. The collective intend to promote, publicise and invest in future music projects, hoping to spring-board Laois artists onto the national scene and develop local musical talent.

The Laois Music Connect collective has already received wide support for their initiative from both existing fans of local music and new fans discovering new original music on their doorstep.

The compilation album contains new material from 19 of the best original musical acts performing in County Laois at the moment. This album captures a snapshot of just what talent is available week-in week-out in the venues throughout the county. The album has been produced to the highest professional standards of recording, production and mastering and has been part financed by Laois Partnership and by fundraising efforts of Laois Music Connect.

Connect One encompasses many genres of music including indie, rock, alternative, contemporary folk, punk, modern trad and electronica. The album features new tracks from Nova Static and James O'Connor with Audrey Trainor who both recently played at Electric Picnic. All Ireland Youth Music Award winners Bebop and Rocksteady and The Little Smoke who won this year’s UCD Battle of the Bands bolster the strength in depth of this compilation offering.

Connect One costs €10 and will be launched on November 11. The album will be on sale in Laois outlets and from Tower Records in Dublin.  More information on launch gigs and in-store promotion gigs will be announced soon.