New Album from The Bionic Rats

New Album from The Bionic Rats 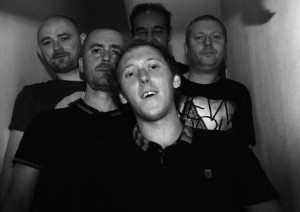 Ska/reggae band, The Bionic Rats, have just released their second album, “…should be seen and not heard”.

With band members hailing from Ireland, Poland, Italy and Brazil, The Bionic Rats came together from the ashes of Dublin reggae outfit, Kingsativa. They mix the rhythms of Ska, 2tone, Reggae and Rocksteady into their own special brew of Jamaican heart and Irish soul.

The album is available to buy at independent Dublin record stores Freebird, Wicklow St and Spindizzy, Georges Arcade, as well as on Bandcamp here http://thebionicrats.bandcamp.com/

If you like their sound, you can catch them live supporting the legendary Lee “Scratch” Perry in Dublin’s Button Factory on Saturday 16th February, headlining the Tramore Ska Festival on Saturday 30th March and every Sunday from 7:30pm in Dublin’s longest running ska/reggae residency, “The Sunday Skank” at The Foggy Dew, Fownes St, Temple Bar. 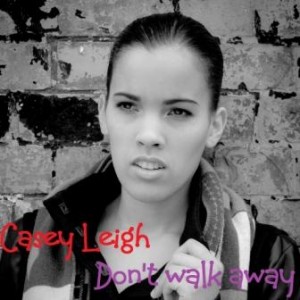 “Don’t Walk Away” is the debut single from singer-songwriter, Casey Leigh.

Written by Casey and produced by Pat Donne, all proceeds raised from the single are going to Casey Fitzgerald, a seven year old girl who had life saving surgery and is now looking for after care treatment.

Casey Leigh was born in South Africa and moved to Ireland in 2001. She has been performing and writing songs for most of her life. Since its release last week, “Don’t Walk Away” has risen to Number 3 in the iTunes chart for soul/RnB downloads in Ireland and has attracted the attention of radio stations in Ireland and South Africa.

“Don’t Walk Away” is now available through iTunes Ireland.

Performances of Seán Ó Riada’s Mass in Dublin and Galway 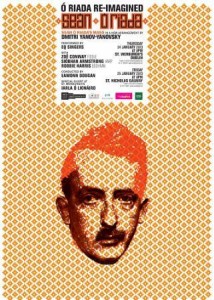 The music of composer Seán Ó Riada, who is credited with re-igniting the popularity of Irish traditional music, is celebrated by Louth Contemporary Music Society (LCMS) in these unique performances of a new arrangement of his Mass in January 2013.

The new arrangement was completed by Dmitri Yanov-Yanovsky, a composer of international fame. A native of Tashkent, Uzbekistan, he most recently has been a composer-in-residence at Harvard University and Dartmouth College. Yanov-Yanovsky has received commissions from celebrated musicians including the renowned cellist Yo-Yo Ma and the Chicago Symphony Orchestra, the Kronos Quartet and Hilliard Ensemble. Yanov-Yanovsky’s music was first performed in Ireland at LCMS’s Sounds of the Silk Road Concert at Drogheda Arts Festival in 2011. Yanov-Yanovsky has arranged the mass for 16 voices, fiddle, harp and bodhrán.

The mass will be performed by the finest Irish professional singers in the newly formed EQ Singers, with Zoe Conway on fiddle, Siobhan Armstrong on harp and Robbie Harris on bodhrán. The choir and players will be conducted by Eamonn Dougan Associate Conductor of internationally renowned ensemble The Sixteen.

The performances will take place in St.Werburgh’s Dublin at 8pm on Thursday 24 January 2013 and St. Nicholas’ Collegiate Church Galway, at 8pm on Friday 25 January 2013. Iarla Ó Lionáird will appear as a special guest for the Dublin performance.

The Ó Riada Mass has been funded by the Arts Council’s Traditional Arts Touring Programme scheme and is financially supported by Foras na Gaeilge.

The IMRO Other Room Open Call for Other Voices Derry 2013 will be open from Monday the 14th to Friday the 18th of January. 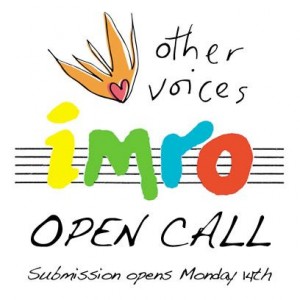 Submissions can be made through http://www.othervoices.ie/

You must submit your material via a YouTube link on the online submission form provided.

Please do not enter if you are unable to travel to Derry on the 11th of February 2013. 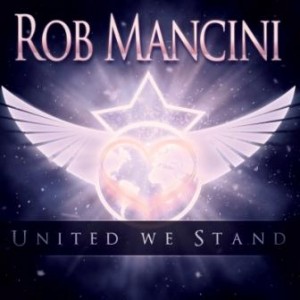 Rob Mancini and his band have announced that their new album, “Naked”, is scheduled for release in April this year. The band currently has a special edition four track EP, “United We Stand”, which is available for download from their website. The EP includes a special piano/orchestral version of “United We Stand” and a pre release of the track “Heartline” taken from the forthcoming album.

The majority of revenue generated from the EP is being donated to the Make-a-Wish Foundation which grants wishes to children in countries around the world, giving them the hope, strength and joy they need when they need it most.

German / Italian born Rob Mancini featured heavily on the international rock circuit in the mid 90s with the bands Hotwire and Crush, recording several albums before moving to Ireland to focus on his production business nearly a decade ago. He kept his hand in the touring game by getting known on the Irish club scene, notching up an impressive contribution to over 700 performances in the last decade.

Now he is bringing the sound of late 80’s and early 90’s melodic rock back with a vengeance. 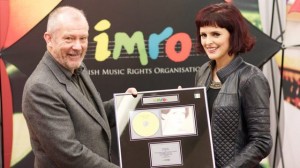 Julie Feeney joined us in the IMRO offices earlier this week to pick up her IMRO Number 1 Award in recognition of her third album, “Clocks”, reaching Number 1 in the Irish Independent Album Chart on its release. Julie was presented with her ward by IMRO Chairman, Keith Donald.

“Clocks” has received widespread acclaim since its release and was recently voted Irish Times Best Album of 2012. It is also one of the ten albums shortlisted for the Choice Music Prize Album of the Year 2012.

Julie took the time to have a chat with us about the album, her recent tour and her forthcoming opera, “Bird”, which goes into production later this year.

The IMRO Number 1 Award was established to recognise the achievement of artists reaching the number 1 spot in the Irish Album and Independent Album charts. Previous recipients have included Heathers, Republic of Loose and The Coronas. 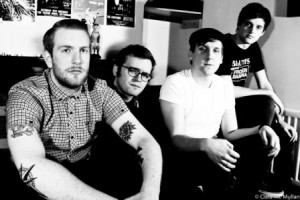 Empty Lungs played their first show in May 2011 and since then have released a 3 track single, music video and have received airplay on BBC Radio 1, BBC Radio Ulster and Dublin’s XFM.  Their explosive live shows have seen them take to the road around Ireland and the UK and led to them sharing the stage with bands like THE SUBWAYS, DEAD TO ME, LEMURIA, CHEAP GIRLS, GENERAL FIASCO, JAPANDROIDS, FRANZ NICOLAY (the holdsteady), FIGHTING WITH WIRE,  BEANS ON TOAST and BANGERS.

The ”Stand Up” EP will be self-released in association with Quarantine Collective digitally on 16th February and physically on 23rd February 2013.
It will consist of 6 tracks of passionate, hook driven, anthemic rock and roll. With a sound thats hard to pigeon hole it combines explosive punk rock and post-hardcore with 90’s indie rock and at times has echoes of folk and Americana. After its release the band plan to hit the road hard around Ireland, UK and Europe.

The Meteor Choice Music Prize shortlist for Irish Album of the Year 2012, in association 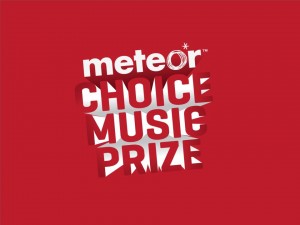 with IMRO and IRMA, was announced this afternoon. Selected by a panel of 11 Irish music media professionals and industry experts the list of nominees is comprised of some of the very best Irish music right now. The overall winning Album of the Year will be selected by the judging panel at the Meteor Choice Music Prize Live Event at Vicar St, Dublin on Thursday, March 7th 2013.

The shortlist is as follows (artists listed in alphabetical order):

The winning act will receive €10,000, a prize fund which has been provided by the Irish Music Rights Organisation (IMRO) and the Irish Recorded Music Association (IRMA). All of the shortlisted acts will receive a specially-commissioned award, courtesy of IMRO and IRMA. The shortlisted albums will be available through retail partners HMV and once again, Culture Ireland will fund the attendance of key overseas delegates at the event. The Recorded Artists Actors & Performers (RAAP) will host a pre-event reception on the evening of Thursday March 7th.

You can find out more about the nominated acts and the music from their albums at:

Concorde | Up Close with Music II 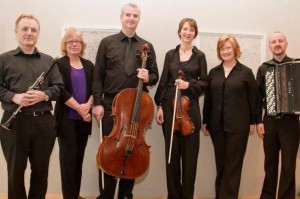 Following a successful series of music events in intimate spaces during 2011-2012, the contemporary music ensemble Concorde is pleased to launch a new series in 2013 in cooperation with the RHA Gallery, Ely Place.  Up Close with Music II will take place on Sunday afternoons from January to April, offering listeners the chance to hear newly commissioned pieces from Irish composers alongside selected international repertoire from the 20th/21st centuries and to meet with composers and performers during the interval.

Director Jane O’Leary says, ‘the open spaces of the RHA Gallery are inviting and complementary to the fresh sounds we create and the connection with Irish contemporary artists is one which we enjoy exploring.’

The first event of the season takes place on Sunday 20 January at 2.30 p.m. and features the first performance of two commissioned works.  Judith Ring, who has worked with Concorde many times and is featured on their CD Reflections, has written a new work for instrumental trio, Swelt belly at dawn,  while Ariel Hernandez, Argentinian composer who lived in Dublin for many years and has now returned to his homeland, has composed a suite for violin, cello and accordion based on rhythms from the Litoral region in the North East of Argentina.  Malcolm Dedman’s solo violin piece, Dispelling the Darkness, appropriate for this time of year, was selected from submissions in the Global Connections project with ACM of Chicago.  Also receiving first performances are trios by Derek Ball (inspired by a painting of St. Jerome in the National Gallery) and Ada Gentile from Rome.  Luciano Berio’s clarinet solo, Lied (Song) from 1983 and Sofia Gubaidulina’s stunning work Silenzio (Silence), written in 1991 when she left her native Russia to live in Germany, will complete the programme.

Concorde is supported by a Music Project Award from The Arts Council. 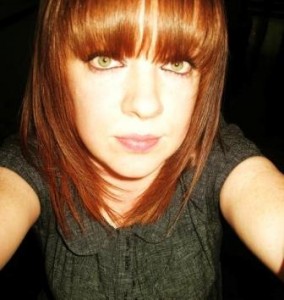 “Beautiful Boy” is the new single from Cork native, Femmepop. This is the first single from Femmepop’s debut album, “From a Girl Who Never Sleeps”, which is due for release this Summer.

Femmepop is singer-songwriter Margaret O’Sullivan. Originally from Cork but now based in London, Femmepop has played a string of London’s top music venues including The Barfly and The Windmill to glowing reviews.

With comparisons being made to The Breeders and Sonic Youth, Femmepop has been picking up airplay in Ireland and the UK, and her appeal has reached as far as Japan where she achieved a recent Number 2 chart position.

“Beautiful Boy” and Femmepop’s EP Kick are now available for download from iTunes and Bandcamp.