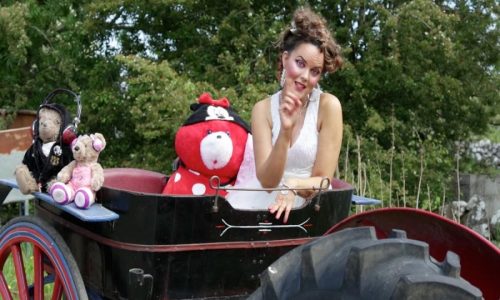 “Cool Bears”could be considered as pop or comedy rap. It is a satirical song that, although, sung sweetly, has bitter undercurrents. The video concept is about being rejected by society and ostracised by different cliques of people.“Cool Bears” carries a strong message against bullying and celebrates individual diversity. The moral of“Cool Bears” is, that by staying uniquely true to yourself, even in the face of rejection, eventually you will find your tribe of kindred spirits that will embrace you, wholeheartedly, in all your colours. #bebravebeyoukate lawless

“I FLOAT LIKE A LADYBIRD, STING LIKE A BEE; I’M ONE PART SOUR, THREE PARTS SWEET!” Lawless, Kate E.

Kate Emily Lawless (Lawless, Kate E.) lives in Connemara, not far from where she grew up in Galway, Ireland. She is a songwriter, a poet, a singer and occasionally dabbles in acting/comedy.

Kate E.’s sincerest aspiration is to be a strong female advocate for mental health, suicide prevention, anti ­bullying and positive social change. Kate has a very special place in her heart for the elderly and is passionate about changing attitudes towards how we value our senior citizens. Her Grandpa, Dr. Tom Kelly, who was the local GP in Belmullet, Mayo, up until his retirement last year, at the ripe age of 95 is currently Kate’s unofficial music manager/mentor. Her next single, to be released in November, called “Fighting to Live” is a song she wrote for suicide prevention. The topic of suicide is obviously very serious. In Ireland it is one of the leading causes of death of young men and leaves devastating effects on the families and friends that are left behind. Despite the subject of the lyrics being heavy and heartbreaking, this beautiful song still manages to be hopeful and uplifting.

Her songs include autobiographical quirky stories about her perilous adventures around the world and they feature some of the colourful characters she met along on the way. For example, her country song ‘Lawless Child’ is about fighting with everyone, except her best pal, her wise 96­ year ­old Grampa; whilst another upcoming single ‘Red Light’ mentions her encounters with some very bold rogues in an Albanian gang that Lawless, Kate E. encountered in whilst living in Rome. There is a thread, a unifying theme of her very varied song genres, which span country, rap, Japanese pop and even Irish traditional elements. They are often allegorical comments on a malfunctioning society that she has spent most of her life feeling rejected from. They touch on mental health,loneliness, suicide prevention and bullying.

What about the BEARS??

“Cool Bears” features some very bould teddy bears including the kidnapped Charlesville, Cork GAA mascot and a Barry’s tea addict called “Little Teapac”. For a few years now, Lawless, Kate E. has had a very naughty teddy bear named Teapac, who was named after a combination of his love of the late rapper Tupac Shakur and his obsession with drinking Barry’s Tea!

Lawless, Kate E. has coined the term ‘fairy rap’ to describe her own quirky genre of poppy tracks that feature spoken word. She would describe her style as a juxtaposition of sweet ethereal icing on a deeply layered cake, seething satirically in its comments on society. After studying music in Cork city for the past 3 years, she released her debut single and music video‘ Lawless Child’ in January 2015. It has been played mostly in the Kingdom of Kerry, but also on Classic Hits 4fm and around the country on various other radio stations. 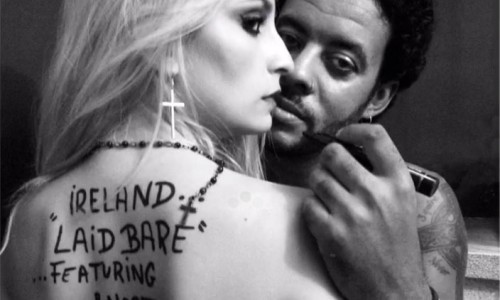 Lonely Child Records has drawn together a collaboration of talented Irish artists from all corners of the country with the release of “Ireland Laid Bare”. The compilation shines a light on the musical talents of new and established artists, bringing their music together to showcase our hidden gems.

Ireland Laid Bare is available for pre-order from iTunes here and will be on general release this Friday, 16th October.

Between the Bars to Launch in Waterford Tonight 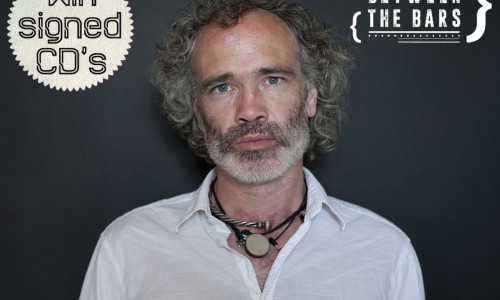 Between The Bars is a series of 4 monthly events taking place in St Patrick’s Gateway, Waterford between October and January that will see the best national and local indie, folk and trad acts perform to bring the people of Waterford something that little bit memorable, with a different mood set for each night, both visually and aurally, with the aim that friends, family and performers are entertained and everyone leaves smiling.

The first event in the series features Kíla’s very own Ronán Ó Snodaigh and Wexford’s traditional folk five piece Corner Boy this Saturday 10th October at 8pm. Future acts confirmed for the series include David Kitt, In the Willows and Elm.

A bodhrán workshop will also take place at Greyfriars Municipal Art Gallery at 2pm. Momo restaurant will present special offers to all ticket holders from 6pm and Henry Downes will host the after party featuring Oscar and Jacqui O from 10pm.

Old Hannah Set to Kick Off Their Iron & Wood Tour 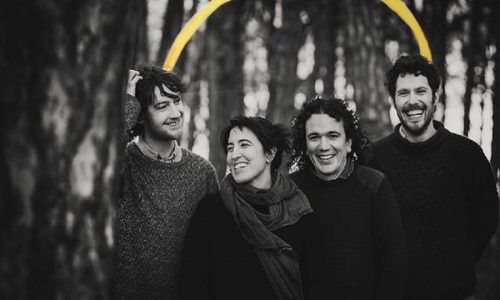 Old Hannah are delighted to announce their Iron and Wood EP Tour this October. The band look forward to showcasing their latest critically acclaimed record around Ireland. Hailing from County Sligo in the west of Ireland, Old Hannah are a foursome schooled in the deep rooted discipline of folk, country and roots music.

Their music weaves lapsteel, banjo, mandolin, guitar, piano and beautifully arranged vocals into songs that are at once contemporary and filled with the lore of generations past.

Old Hannah released their Iron and Wood EP in Ireland in May 2015 with sold out performances in Dublin’s Button Factory and Sligo’s The Model. Iron and Wood was recorded with Rian Trench of Solar Bears, and the band are joined by several guest musicians including Steve Wickham of The Waterboys. This bold and transformative follow up to their debut EP Irish Boys displays a leap in creativity and calibre which has established Old Hannah as a new force on the Irish music scene.

Old Hannah have made recent appearances on the Irish festival circuit (Elecric Picnic, HWCH, Forbidden Fruit, Sligo Live, Other Voices), had both their “Irish Boys” and “Iron and Wood” EPs playlisted on national radio, performed on Irelands RTÉ and TG4 television channels and have supported international touring acts including Sheryl Crow, The Lone Bellow and Simone Felice.

You can catch Old Hannah in The Loft, Galway tonight at 10pm and in venues throughout the country over the next few weeks.

For more, check out www.oldhannah.com. 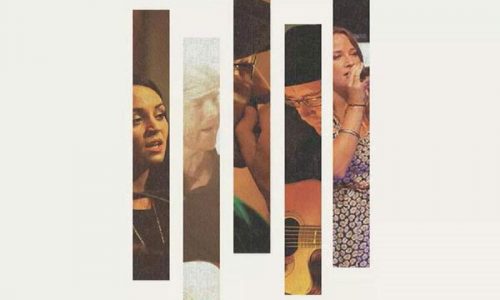 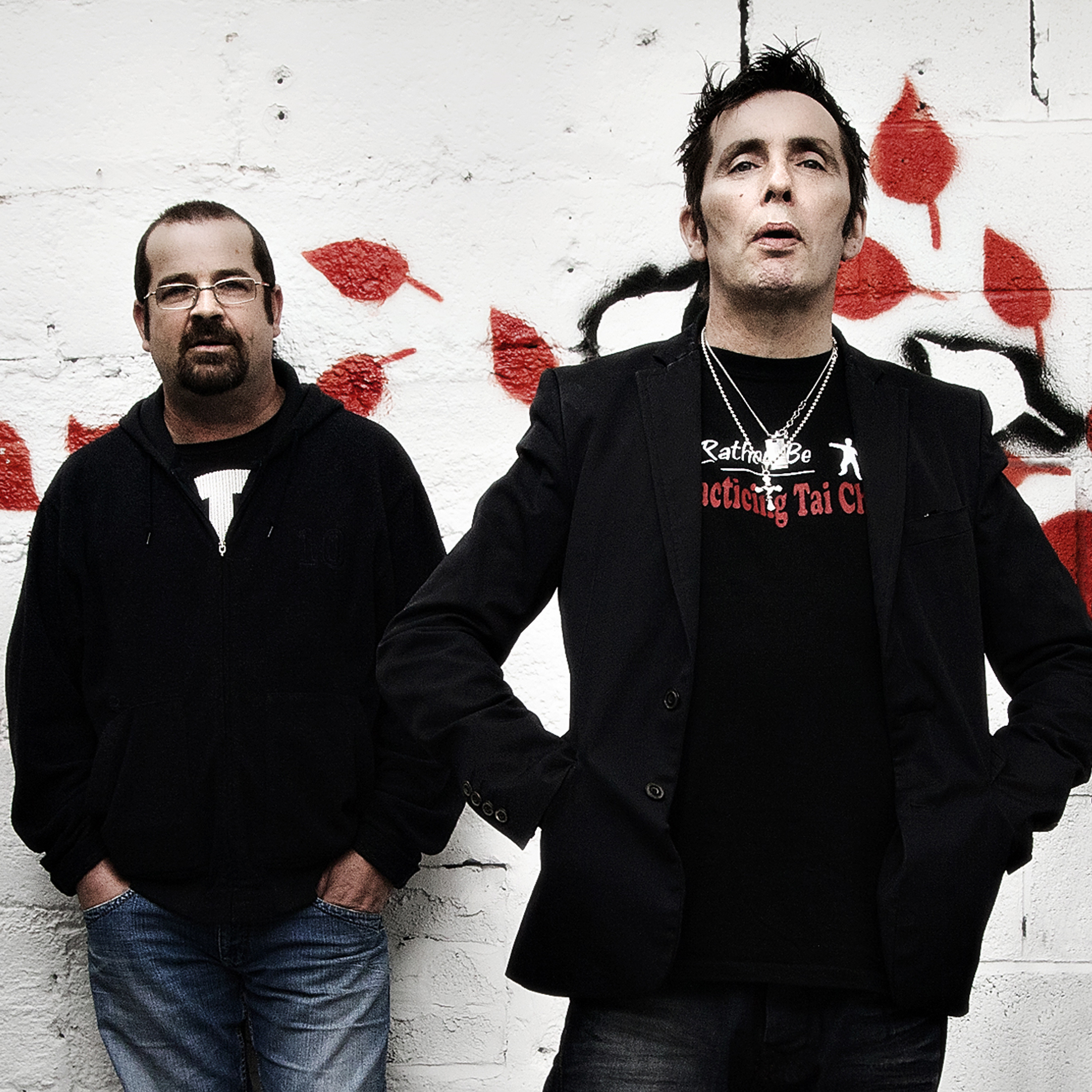 The live final of the fifth annual IMRO Christie Hennessy Song Competition takes place on Saturday, 31st October at Fels Point Hotel, Tralee, with a special guest performance from Aslan’s Christy Dignam & Joe Jewell. Ten finalists have been selected from over 200 entries from across Ireland and beyond to perform their original song in front of a live audience and panel of expert judges. The winning songwriter will be presented with a cheque for €1,000, courtesy of Tralee Credit Union.

Aslan’s Christy Dignam and Joe Jewell will make a special guest appearance on the night, in advance of their return to the INEC in Killarney in November and sold-out shows in Vicar Street this December. Christie Hennessy : A Celebration will open on Friday 30th October with The Troubadour Club, a showcase featuring some of the finest of Ireland’s contemporary songwriters.

The IMRO Christie Hennessy Song Competition takes place as a tribute to the life and music of one of Tralee’s most famous sons. Now in its fifth year, the competition has grown in stature over the years to become one of Ireland’s leading song competitions and continues to attract a high calibre of songwriters from Ireland and overseas, covering a broad range of musical genres. Previous winners have included Paul McDonnell, Dave Molloy, Alan Kavanagh, Enda Reilly and Christine Deady.

The ten finalists in the 2015 IMRO Christie Hennessy Song Competition are:

Entry to the live final is free of charge. For further details about the event, contact IMRO at events@imro.ie or 01 661 4844.

Richard Bellis is an Emmy Award winning composer for his score on Stephen King’s “IT” and a nomination for HBO’s “Doublecrossed” starring Dennis Hopper. In addition to his film-scoring career, Bellis is a past president of the Society of Composers & Lyricists; served on the faculty of the University of Southern California, where he lectured for the past 11 years in the Scoring for Motion Pictures and Television program; and served on the Board of Governors for the Academy of Television Arts and Sciences. Bellis currently serves on the Board of Directors of ASCAP.

This course is targeted at composers who wish to advance their careers and learn more about promoting themselves in the industry.

1:00 to 3:00 – The Film Composer in 2015: Artist, Expert or Functionary | How, Why & When Your Behaviour Effects an Entire Profession | Working on Stephen King’s IT

Questions – What are you NOT Expected to Know

The Dub – To go or not to go, that is the question

Paul Cunningham Jnr penned “Sooner Or Later” gets US release 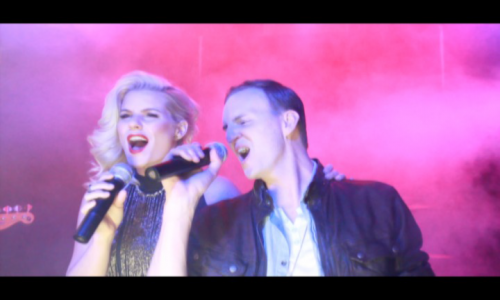 Sooner Or Later was written by Ireland based songwriter Paul Cunningham, Jnr. and produced by Emmy award winner Kenny Royster of Direct Image Studio in Nashville.

The Song is a timeless duet with exceptionally strong vocal performances from both artists.

The song is about two people who have developed feelings for each other, and as the song grows, so
does their courage to express those feelings. The video perfectly encompasses the storyline as you see two of the characters in the video grow from meeting eyes across the room at the beginning of the video, to finally being together at the end of the video. 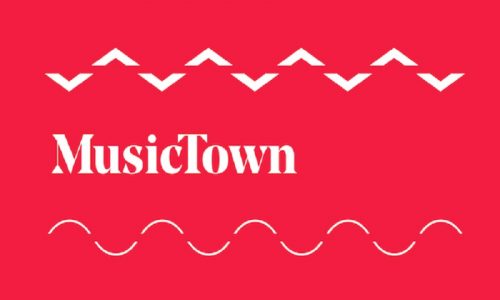 The inaugural MusicTown Festival (2015) attracted an audience of 14,000 and featured over 50 events across a ten day period. www.musictown.ie

MusicTown’s vision is to amplify the many voices to be heard in Dublin, from the celebrated to those we have yet to discover, across all genres, bringing people together to be surprised and inspired by the city and its music. Inspired by Handel’s legacy and innovation the Festival will also have a special place for his music.

MusicTown celebrates the best, the next and the unexpected.

MusicTown’s programme respects all genres of music (from classical, traditional, urban, jazz, contemporary and all stops in between), through a festival model that is sustainable, supportive and collaborative.

MusicTown is an annual showcase of all genres of music being played in Dublin.

Dublin City Council Arts Office is seeking proposals from musicians / cultural organisations / venues/ producers who are interested in presenting events within this festival in 2016.

Your event needs to

Proposals will be assessed by the MusicTown team, members of the Dublin City Council Arts Office and the MusicTown Advisory Committee..

Send your propsal to: contact@musictown.ie