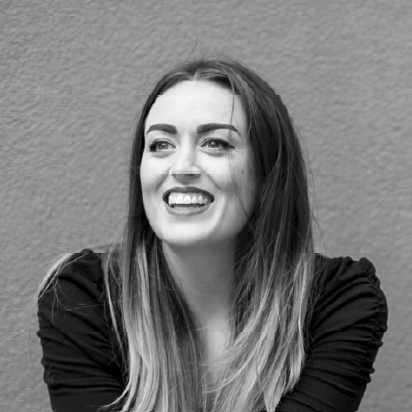 Dublin‐born Róisín O’ Reilly first emerged on the Irish music scene in 2012 with her debut album ‘The Secret Life of Blue’. Recorded in France with Grammy Award‐winning producer David Odlum (The Frames, Josh Ritter) the album was described as “brilliant and addictive”, “melancholic, tear‐inducing and fascinating” (Hot Press ****).

Since her debut she has shared the stage with a host of internationally‐renowned artists, including Lionel Richie, Bryan Ferry, Brad Paisley, The Coronas, and Ryan Sheridan as well as headlining her own tours in Ireland, Germany, the US and Australia. In 2016 she was invited to perform at JJ Abrams’ Oscar Wilde Awards in LA where she shared the bill with Snow Patrol to play for Stephen Spielberg, James Corden, and many more. Later that year she won Tatler Woman of The Year Award for Music.

Róisín teamed up with John Broe (Miracle Bell) in 2015, writing songs like ‘Give It Up’, ‘If You Got Love’ and ‘Better This Way’ before the duo eventually formed the band Thanks Brother in 2018. Last year they began working with Grammy award winner Ruadhrí Cushnan (Mumford & Sons, Ed Sheeran, Hozier) on the Thanks Brother repertoire. Since then they have released two singles as well as cowriting ‘Real Feel’ on The Coronas No.1 album, ‘Trust the Wire’. Róisín has three co‐writes on the forth coming album from The Coronas and a Thanks Brother co‐write with Gavin James to be released later this year. Since graduating from UCD with a BA in music and geography in 2011, Róisín has also worked in music publishing for Little Rox Music, for independent label 3ú Records, and lectures part‐time at BIMM Dublin. She was elected to the Board of RAAP in 2016 giving her to date almost three years experience as a director of a music society.