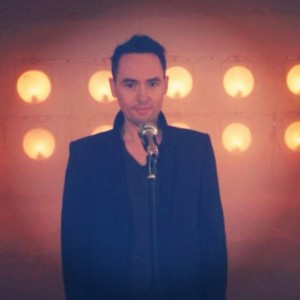 “Keith Cullen has an unerring instinct for quality pop. He sings songs as if he’s lived in them, always injecting just the right level of passion and never overdoing it. It’s a skill others in the pop field could learn from.” Jackie Hayden, Hotpress

As a child Keith travelled around Ireland with various musical theatre companies and at the age of 18 Keith was accepted to the London School of Performing Arts. In 2010, Keith teamed up with singer-songwriter and producer JJ Daly with whom he spent eight months in the studio creating his debut album due for release next year.

The video was directed by Thomas Heffernon (The Heist, Switch) and Johnny Han (special visual effects Star Trek Into Darkness, Superman Returns, Spiderman 3) it focuses on the theme of the song – finding light in some of the darkest situations and facing your fears “With Eyes Wide Open”.

Keith will shortly be announcing UK and Irish tour dates.