Valentino Is Dead – ‘This City Tonight’ 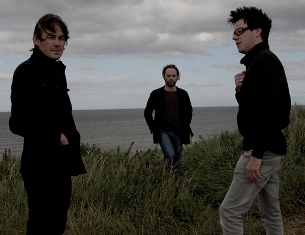 EDGY and hard-hitting new Irish rock band VALENTINO IS DEAD look set to emerge from virtual obscurity and blast onto the international stage after teaming up with New Zealand’s most sought after producer and engineer whose list of clients include none other than Black Eyed Peas.
Working under the moniker ‘Captain Hook’, the Kiwi is renowned for his massive pop rock sound, and worked with Fergie and Co. on their version of the song ‘Quando Quando Quando’ for the movie ‘Nine’, which Fergie also stars in.
As well as his work with the ‘Peas’ Hook has also collaborated with some of the biggest artists in the business Down Under and has two gold albums to his name including one with his former critically acclaimed band – 48May.

Armed with an arsenal of killer songs VALENTINO IS DEAD grabbed the attention of Hook back in October 2011 and are gearing up to release the first track ‘This City Tonight’ taken from their self-entitled debut album. The accompanying video was directed by Irishman Dave McConnon who previously worked on the video for the Rubberbandits track ‘I Wanna Fight Your Father’.
‘This City Tonight’ is hard hitting both musically and lyrically and although it was initially inspired by the troubles in Northern Ireland and last year’s riots in London, it could be about any city in the world that has seen violence giving it universal relevance.
To celebrate the release, this explosive new track will be available for FREE download for one week from Friday 13th January 2012 from the band’s website www.valentinoisdead.com

Whats so refreshing about this Irish band and what makes them really stand out is their obvious determination to write MUSIC THAT MATTERS. Their goal is simple – write meaningful songs tackling real issues wrapped up in punchy guitars, pounding drums and coated with catchy melodies.

Driven by desire to shout about the “f**ked up state of things” and pulling no punches in the process VALENTINO IS DEAD wear their hearts on their sleeves and deliver in attitude.
No strangers to the music scene, long-time friends Keith Smith, Boey and Trevor Clarke have cut their teeth in other bands over the years so VALENTINO IS DEAD is the culmination of that combined experience and a hunger to stir things up in and take risks in an all too often ‘safe’ music scene.
Their self-titled debut album is set for release in April 2012 and the first song from the album ‘This City Tonight’ sets the tone for what people can expect from this momentous debut.
The album has already caught the attention of the highly respected and prolific American publishing house ‘In The Groove’, whose list of clients include MTV, VH1, FOX, NBC among others, who have already agreed to sign the band in the US and add this debut album to their roster.
If good songs are the life-blood of any band then this is gonna be a bloodbath.
Watch the Official Video: www.valentinoisdead.com
www.valentinoisdead.com
www.facebook.com/valentinoisdead
www.twitter.com/ValentinoisDead