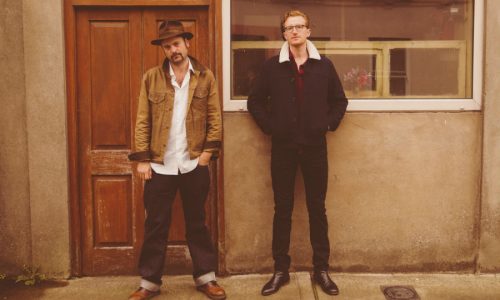 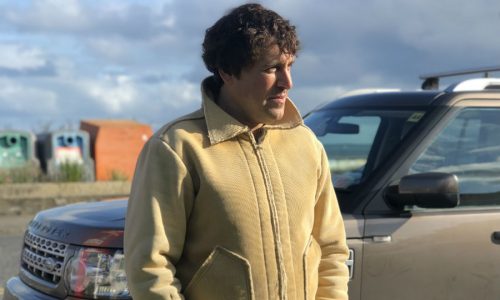 Nicolas Kluzek releases a minimalistic, moody and evocative new EP, ‘Balance’, following the success of his ‘Rain Or Shine E.P’ last summer (which so far has generated well over 1.5 million streams on Spotify and Apple Music).

This record is inspired by places; the west of Ireland on the opening track ‘West’, Asia in ‘Indochine’ and ‘Awakening’. Like all of Nicolas Kluzek’s music, the purpose of this EP is to transport the listener to a mood, or a memory, even if just for a few short minutes.

It’s a Lo-Fi instrumental hiphop record by many stylistic traits, but also more the work of a composer than of a hiphop beat maker, as all the parts are written, not sampled. In this way it is a personal take on a popular genre.

‘Balance’ EP by Nicolas Kluzek is available across all digital platforms now.

The Murder Capital Presented with IMRO No.1 Award 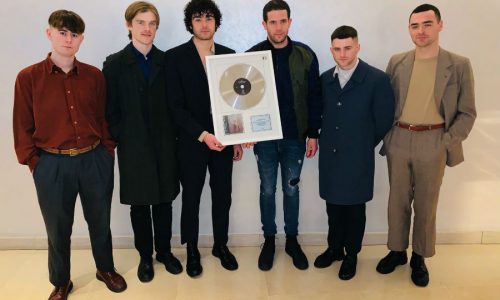 IMRO this week met with The Murder Capital to present them with their IMRO Award in recognition of their album ‘When I Have Fears’, which reached No.1 on the Independent Chart in August.

Produced by Flood (PJ Harvey, New Order, Foals), ‘When I Have Fears’ features all four singles from the band so far, ‘Feeling Fades’, ‘Green & Blue’ & ‘Don’t Cling To Life’ and ‘More Is Less’

An exercise in both darkness and light, ‘When I Have Fears’ only serves to highlight the early ambition in the band’s sound. From the post-rock build and breakdowns of the two-part ‘Slowdance’, to the tender, bruised confessional of ‘On Twisted Ground’ and industrial pulse of closer ‘Love, Love, Love’, there’s a consistent intensity throughout that marks out The Murder Capital as a band arriving fully formed on their debut album. 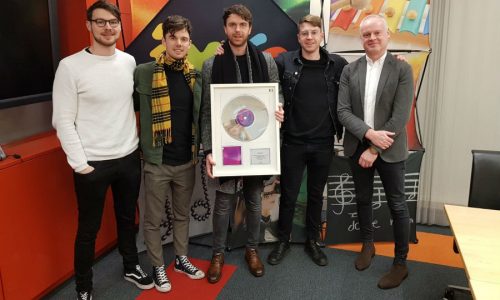 Brave Giant were this week presented with their IMRO No.1 Award in recognition of their album ‘White, Pink + Blue’, which reached the top of the Independent Chart earlier this year.

Earlier this year Emmett, Mark, Podge and Ross of Brave Giant teamed up with one of Ireland’s most respected musicians and producers Gavin Glass of Orphan Recording, to record this debut long play which saw a slight change in direction for the band. A sound Gavin (producer) affectionately refers to as… “it’s like David Guetta meets The War On Drugs”.

Emmett (percussion) said, “We’ve explored new sounds and have drawn on influences from even more musical genres. Heavy synths, spacey guitars, driving drums and a mandolin like you’ve never heard before. The core elements which make Brave Giant what it is are still there, we’ve just added some magic, we hope!”

In just three years, Brave Giant has gone from selling out two nights Upstairs at Whelan’s Live, Dublin to the band’s biggest headline show to date at The Olympia Theatre in November.

The band has also seen its Spotify streams grow to over 2.5 million during the last year, and online video views in the same region.

Aisling Urwin Releases ‘As The Tide Came In’ 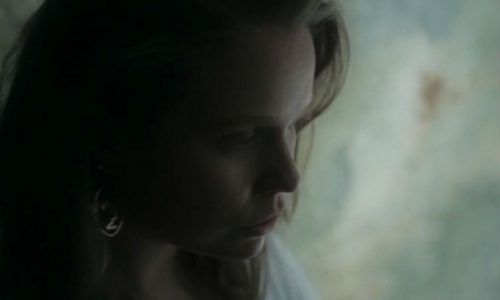 Aisling Urwin is delighted to release her new single, ‘As The Tide Came In.’ Available everywhere from mid December.

Aisling is a harpist and songwriter from Kenmare in South Kerry. She strives to use the harp in a contemporary context, challenging people’s views of how it should sound.

‘As The Tide Came In’ is Aisling’s first original single and combines organic instruments with rich electronic textures to create a dark sonic dreamscape.

The accompanying music video was shot at Derrynane beach in Co. Kerry. 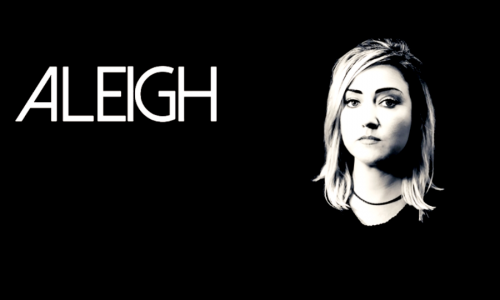 ‘Our Song’ is the latest release from Dublin songwriter Aleigh.

‘Our Song’ is a raw, emotive, piano and string arrangment delivered in a ballad-esque style, which affords an honest narrative on the turning point of a complicated relationship and its inevitable demise.

A sharp contrast to the bluesy guitar driven rock that were previous singles released in 2019 (‘Boys Not Right’ and ‘Bad Things’), this independent, self-produced release exhibits a more vulnerable and captivating side to her songwriting than before.

This is Aleigh’s third and final offering for 2019 as she is currently recording her debut album which is due for release in 2020. 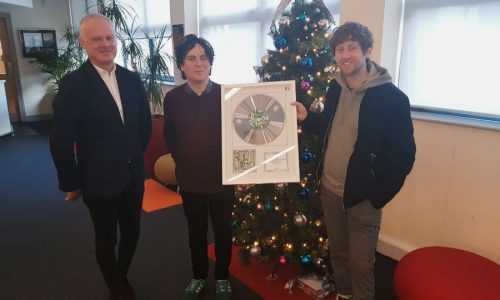 IMRO were joined by Girl Band today to receive their IMRO Number 1 Award in recognition of their album ‘The Talkies’, which topped the Independent charts in October.

‘The Talkies’, was released by Rough Trade Records on September 27th and is the follow up to the band’s critically acclaimed debut LP ‘Holding Hands with Jamie’.

‘The Talkies’ was produced by the band’s own Daniel Fox, and recorded in November 2018 at Ballintubbert House, a stately manor  on the outskirts of Dublin. “In many ways,” says band member Alan Duggan, “the idea behind the album was to make an audio representation of the manor home. The space became Girl Band’s sonic playground as the members worked to adjust to the house’s corners and textures to create the soundscape of the record.” 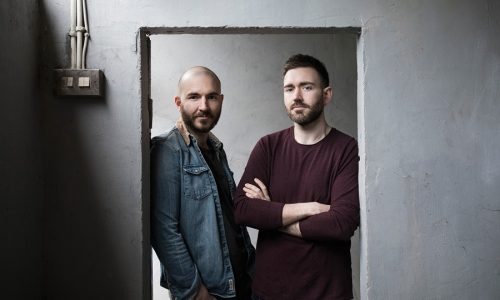 Off the back of the release of their critically acclaimed sophomore album ‘Tides’, Dublin brothers Richie and Jamie Martin are delighted to announce details of their largest Irish tour to date. This run of shows will take in some of Ireland’s best-known venues through most of February and March and will culminate with a hometown show in Dublin’s Pepper Canister Church on Friday 27th March 2020.

Recorded live in the wilds of Donegal under the watchful eye of producer Tommy McLaughlin (Villagers, Bell X1, Luke Sital-Singh), the record sees the band taking a measured and considered approach to song-writing and production. Following the success of the debut album Rhythm of Dawn in 2015 (“Rich harmonies. exceedingly likeable”- The Sunday Times ****), the brothers reflected on what they wanted to do next.

“’Tides’ is about hope and fear, joy and sorrow. The crushing pain of loss and the beauty of new beginnings. Self-doubt. Struggles with mental health. Victory. Defeat. New loves. It’s as close to the bone as we’ve gotten so far in our song-writing, and it presents a snapshot from a very specific time in both our lives,” says Jamie Martin.

The band has since played a string of sold out headline performances across Europe, as well as an Irish support tour with Mary Black, while ‘Tides’ was recently chosen as the RTÉ Album of the Week and has received critical acclaim.

Darwin’s Daughter Shares Video for ‘Snow Angels In The Rain’ 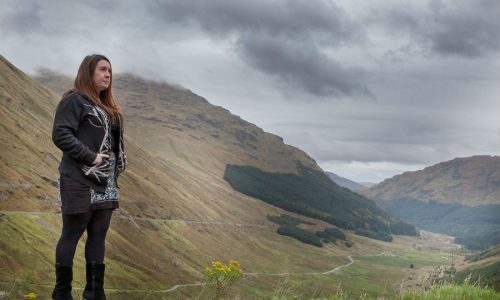 Just in time for darkest winter, Darwin’s Daughter has released a video for her track ‘Snow Angels In The Rain’.

Darwin’s Daughter, aka Fiona, is a BIMM graduate living in Wicklow who regularly travels to Scotland and England seeking inspiration and collaboration for new songs. Tending to perform in intimate settings Darwin’s Daughter played recently in The Cobblestone and The Cross Sythes Folk Club in Sheffield. 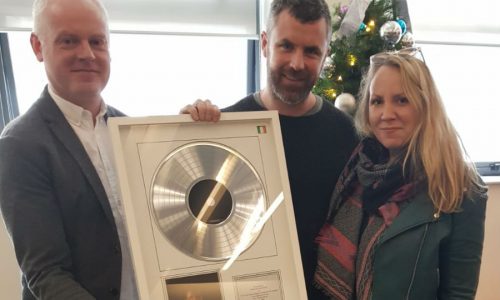 An award-winning, double-platinum selling artist, Mick Flannery’s self-titled sixth album, was released on Friday 5th July. Its chart results marks his continuing development as one of the very best Irish singer-songwriters of his generation.