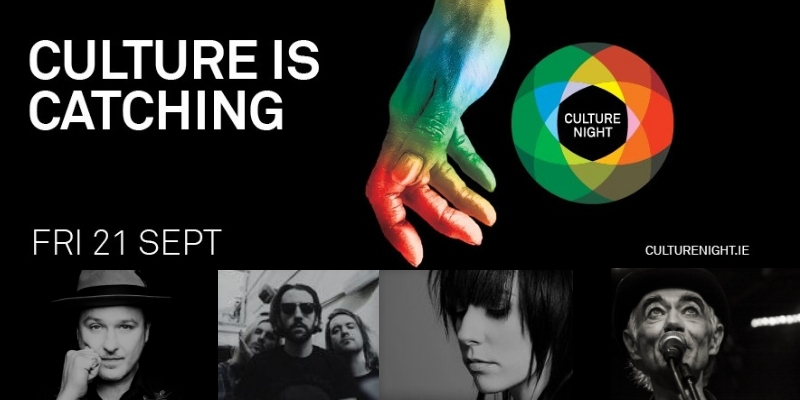 As part of Culture Night join us for an evening of live music and interviews from a selection of some of Ireland’s established and up and coming musicians. Hosted by Joe.ie’s Paddy McKenna, the night will feature interviews with BP Fallon and Fangclub with further interviews and live music courtesy of Stephanie Rainey and Culture Night Trailblazer Mundy. 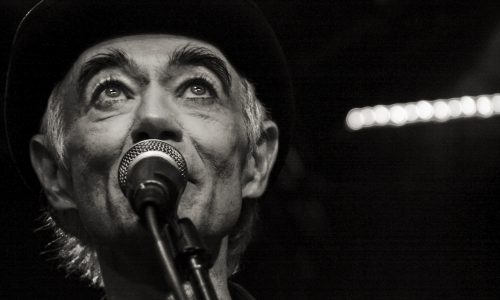 What do you do, BP Fallon?

“I’m in the warble and twitch racket” BP laughs. Nine years ago Jack White invited BP to go to Nashville to cut the 45 ‘I Believe In Elvis Presley’ (Third Man Records TMR 022) which Jack produced and played guitar on.

In a previous incarnation, BP Fallon worked at The Beatles’ Apple Records, was publicist to T.Rex and Led Zeppelin, manager of former New York Doll Johnny Thunders and joined U2 on their Zoo TV tour as ‘Guru, Viber & DJ’. But that was then and this is now… 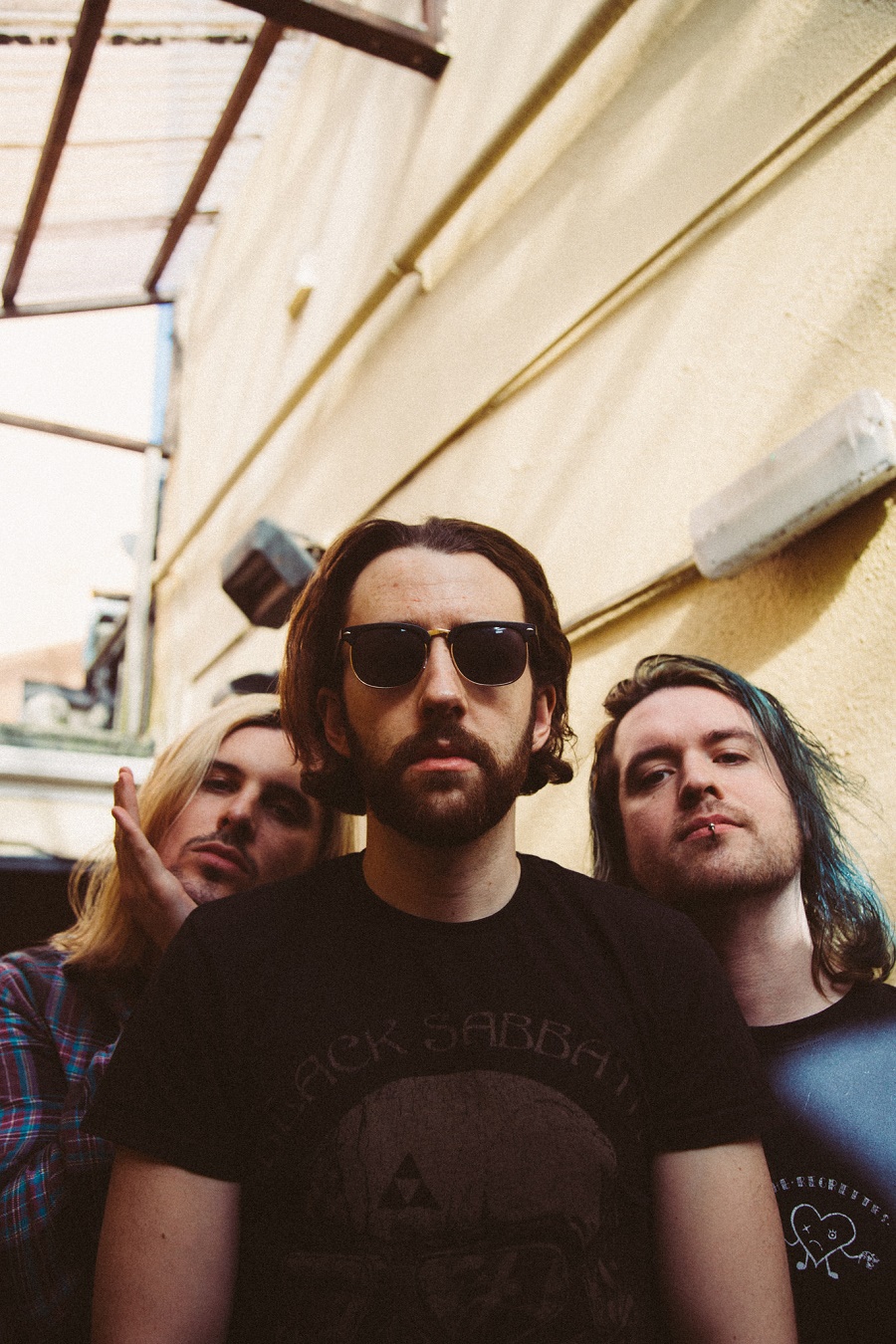 Steven King (guitar and vocals) & Kevin Keane (bass) were school friends and spent their teens playing in bands in Dublin. The pair met Dara Coleman (drums) at a house party show. In keeping with the punk/grunge style of their music, Fangclub took a D.I.Y. approach to their burgeoning career by packing themselves off to the coastal village of Ballyheigue in Kerry to record over 25 tracks. While on one of their first DIY tours, with the band still sleeping in their van, they came to the attention of Universal Music’s Irish team. Suitably impressed that Fangclub had already recorded two EPs, not to mention their debut album, Universal signed the band in March 2015. Largely comprising songs from their original D.I.Y. efforts, their second EP, Coma Happy, appeared in 2016. Fangclub made their U.K. live debut in 2016 with Welsh group Pretty Vicious, and toured with Twin Atlantic.

The album was released in 2017 to glowing reviews with the band themselves calling it “A love letter to our favourite bands”. The self-titled album was chock-full of raw yet melodic tracks that took their cue from the loud/quiet aesthetic of Pixies. It charted at no.5 and received a nomination for Choice Prize Album Of The Year 2017.

On the live circuit, Fangclub have also supported Pixies, Muse, Biffy Clyro, Nothing But Thieves, The Cribs, Swmrs, Frank Carter & The Rattlesnakes, Bully and Milk Teeth while also cutting their own teeth on a string of relentless headline tours & festivals. 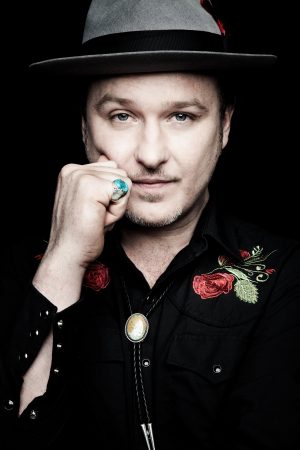 Irish singer/songwriter Mundy is one of a number of artists to successfully make the transition from street busking in Dublin to international stardom during the ’90s. Mundy’s mainly acoustic, folk-based pop/rock has been compared to Damien Rice and Josh Ritter; however, his style is more upbeat and celebratory than either, and his jangle pop influence and tendency to experiment with unconventional sonic textures and beats further distinguishes him.

Mundy signed with Sony subsidiary Epic Records, and released his debut single, ‘To You I Bestow’, shortly before his album ‘Jelly Legs’ was released in 1996.  ‘To You I Bestow’ was included on the soundtrack for Baz Luhrmann’s Shakespeare adaptation Romeo & Juliet, alongside tracks by Radiohead and Garbage.  It sold 11 million copies and ‘Jelly Legs’ a respectable 50,000 worldwide.

Mundy went on to release the multi-platinum record ‘24 Star Hotel’, with hit tracks ‘July’ and ‘Mexico’ becoming firm favourites.  ‘Raining Down Arrows’, which hit the #1 slot in the Irish Album Charts, came next and was recorded in the musically revered city of Austin, Texas. His first live album ‘Live and Confusion’ followed recorded at a storming and sold out Vicar St show.  It was certified platinum in 2007.  ‘Galway Girl’ was recorded as an encore and went on to become the best-selling single and most downloaded song 2 years in a row in Ireland.

His 4th studio album, ‘Strawberry Blood’, followed in 2009 and saw Mundy touring Ireland, Australia and the UK once more. ‘Shuffle’ was released in 2011 and was a gorgeous ode to some of Mundy’s most favourite songwriters.  It featured his versions of songs by greats like Tom Waits, Lucinda Williams, John Prine, Paul Simon and Gillian Welch, to name a few.  He’s since been touring the US, performing at The Royal Albert Hall – not to mention the small matter of performing for Barack Obama both on his Irish visit, and at his home in The White House.

Mundy teamed up with Youth again, who produced his debut album, the critically acclaimed ‘Jellylegs’, which yielded such hit songs ‘Gin and Tonic Sky’, ‘Life’s A Cinch’ and ‘To You I Bestow’.  The latest album ‘Mundy’ was released in 2015 and Mundy has been very busy touring ever since. 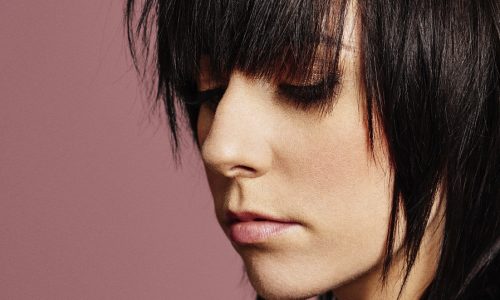 Stephanie Rainey is the Irish singer songwriter who made the impossible happen.

With no funding, no manager, no contacts and no carefully calculated social media campaign, she created a music industry stampede of epidemic proportions, with just one heart-stopping song – ‘Please Don’t Go’.

Within 24 hours of the song being uploaded onto Facebook, Stephanie, had more than a million hits (it quickly rose to 5 million across both Facebook and YouTube), offers pouring in from US and UK record companies and world-wide media attention.

Since then, with the release of ‘100 Like Me’, ‘Nothing of You Left to Love’, ‘Sorry’ and ‘Question Mark’, Stephanie has been making a serious impact on the Irish music scene and has amassed nearly 10 Million streams across all platforms as well as over 11,000 combined plays on Irish radio in 12 months.

Stephanie has the look of a young Chrissie Hynde and her songs lie in the emotional hinterland between Adele and Ed Sheeran. Her music is not about gloss and glamour, but the grit and grind of the real world. Her’s is a voice that is authentic and honest.

In September 2018, Stephanie will release an exclusive covers EP for Spotify followed in Autumn by a new single, ‘13’. All of this leading to her debut album release in March 2019.

This event is free of charge but due to limited capacity booking is essential.

To reserve a place please email your name to ei.ormi@stneve with ‘Culture Night’ the subject line of your email.