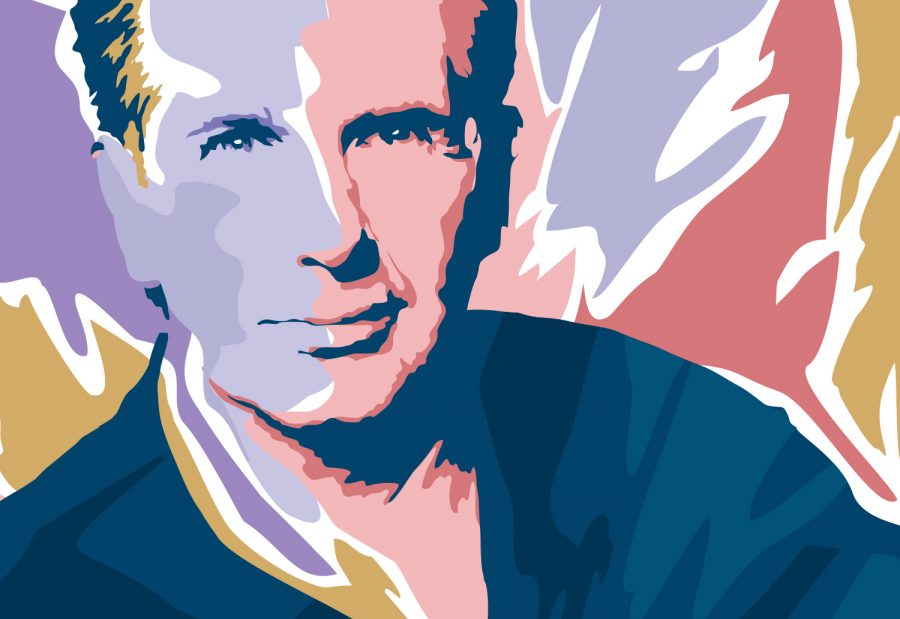 The Christie Hennessy Song Competition takes place as a tribute to the life and music of one of Tralee’s most famous sons. The ten finalists below were selected from over 250 entries and they will perform their original song in front of a live audience and a panel of expert judges. The winning songwriter will be presented with a cheque for €1,000 on the night, courtesy of CARA Credit Union while the runner up receives a cheque for €300. The winner will also receive a media campaign courtesy of Yangaroo Music Ireland.

The final takes place on Saturday 2nd November in the Ashe Hotel Tralee from 8.00pm featuring a special guest performance from Mundy. Entry to the final is free.

The ten finalists who will perform on the night are: 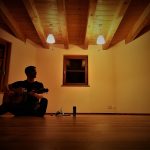 Born and raised on the largest Aran island, off the west coast of Ireland, the music of bilingual artist Padraig Jack is influenced by his surroundings as much as it is by James Taylor, Van Morrison, Paul Brady and The Eagles. While he has had plenty airplay on RTE Radio 1, iRadio, Raidió na Life and is practically part of the playlist on RTE Raidió na Gaeltachta, Padraig’s live shows are developing his reputation as a singer and songwriter of substance in both English and Irish. He has thus far opened for The Saw Doctors, Donal Lunny, Mick Flannery, The 4 of Us, John Spillane and has appeared at the Westport Bluegrass Festival, SOMA, Shorelines, Skibbereen Arts Festival and Electric Picnic.

Padraig has six Gradaim NÓS Award nominations (including both Song and Artist of the year) and won second prize at the Pan Celtic National Song contest. Padraig also had a song feature in an RTE 1 television documentary Lig Liom. Padraig is currently recording his debut album in London with producer John Reynolds (Sinead O’Connor, Brian Eno, Damien Dempsey) and will release the first single off the album on Good Deeds Records in the October of 2019 coinciding with a UK tour supporting Sharon Shannon.

Without Willow ‘The Heather Field’

Without Willow are an Irish acoustic folk duo from Co Donegal. The pair, consisting of Karen Kelly and Simon McCafferty, joined forces a few years ago. Blending haunting, heart felt vocals with virtuoso guitar playing, their distinctive sound has established them as firm favourites on the Donegal music scene. Their self titled debut EP ‘Without Willow’ is available to buy and stream on all major online music outlets and they released a new single ‘November Fog’ last year. Their Song ‘Sail My Direction’ got them to the final of the IMRO Christie Hennessy competiton in 2016 and they’re delighted to be back this year in the final with their entry ‘The Heather Field’. They have opened for Irish songwriters Mick Flannery, Moya Brennan, Declan ORourke and Scottish singer songwriter Eddi Reader to name a few.

The Vibes ‘Where I Wanna Be’

The Vibes are a six-piece Indie-pop outfit from Leitrim. They write infectious indie-pop songs their single ‘Where I Wanna Be’ was playlisted on radio stations across the country including 2FM and RTE 1 and was the band’s fifth single release with their previous 4 singles, ‘Head Over Heels’, ‘Just Another Love Song”, ‘You’ll See My Heart’ and ‘Different Way Out’ reaching Top 20 Chart status and critical acclaim. The band were actually lucky enough to win the An Tóstal Song Contest with their song ‘Just Another Love Song’ when the contest was held in their home town of Drumshanbo, Co.Leitrim.

‘Where I Wanna Be’ was recorded and produced by The Vibes and Ger McDonnell (U2, Manic Street Preachers, Kasabian, Def Leopard , The Cure and The Frame) in The Mill studio in Swords, Dublin and in the bands home studio in Co.Leitrim called Vibes Studios. The song was written by Leo Logan and is meant to be a fun, summer-sing/along track that tells the story of how you can fall for someone you shouldn’t, the result of which normally never ends well. However in some cases when its all over you realise how much you actually miss and need that person and how they are “where you wanna be.”

Ivan Nicolas is a Dublin based singer-songwriter, he started out as a drummer, playing in blues band and then progressed to guitar and piano, cutting his teeth with his mentor Philip Donnelly. Philip was a session musician for Johnny Cash and was a frequent luminary with Johnny Cash, The Everly Brothers, John Prine, Emmylou Harris, Nanci Griffith, Townes Van and many others on the Nashville circuit. During Ivan’s time touring with Philip and being mentored by him, he learned the craft of performance and what it was to write something real and something special.

After honing his craft, Ivan decided to move to Kerry, where he wrote his first song a few years previous, to live on the side of a mountain near a village called Castlegregory for a year in solitude working on writing songs.

Ivan recorded a bunch of songs in Grouse Lodge studios with acclaimed producer Dani Castelar (Paolo Nutini, REM, Liam Clancy).  He released his first single ‘For The Weekend’ in April 2017 to much acclaim and reaction from Irish radio, TV and the highly sought after BBC Introducing. Ivan has played many a stage and venue including Electric Picnic. His latest single ‘Sicily’ is getting national radio play across Ireland.

Niamh Murphy ‘Down With Your Guard’

Niamh Murphy is a songwriter who hails from Cork. She writes songs and performs with Cork folk ensemble ‘Blind Poets’.

RTE’s John Creedon says she is, “among the cream of the current crop of Irish female vocalists”, while HotPress has described her as, “Ireland’s hottest emerging music talent”.

Niamh’s rich piano playing and exceptional singing ability are mere asides; her melodious and original songs are the heart of Blind Poets’ music. They reflect the talent that won Niamh a place in the International Songwriting Competition in 2014. Niamh’s song ‘Shields of Fire’ won third place in the Performance Category. With over 20,000 entries from over 120 countries this is a remarkable achievement. Past winners have included Mick Flannery, Passenger and Goyote.

Her folk group ‘Blind Poets’ impressed audiences throughout 2018/2019 at Festivals such as All Together Now, The Cork Folk Festival, The Galway Fringe and The Baltimore Fiddle Festival. They have released three singles to date (‘Arrows Shot’, ‘Balulalow’ and ‘Luna Solara’) which have been popular on RTÉ Radio 1, 2FM, Lyric FM and Today FM as well as numerous local stations. Blind Poets are excited to embrace their second year as a musical ensemble and are soon to launch their first album.

Seán O’Brien is a musician and songwriter from County Monaghan. He is the principal songwriter, lead singer and guitarist of Irish indie-folk band FIELDS. Seán has been writing and recording music for over five years, garnering significant national radio attention with several releases and performing at showcases across the country, including Electric Picnic and Other Voices. ‘Border Boys’ is taken from the debut FIELDS record, which is due for release in early 2020.

The song ‘Border Boys’ is a reflection on the complex and rugged environment – both physical and emotional – of the borderlands. In its composition, the writer intended to marry the warm sounds of home with the deep despair and anxiety brought by division of people.

Ryan and Kyle write, record and perform together under the name Ryan J, releasing their first single ‘Under The Lights’ at the end of 2018, followed by ‘Stone Cold Sober’ and ‘Timebomb’ in 2019. David Marron joins Ryan and Kyle for performances for larger sets. David has been a long-time friend of Ryan and Kyle, lending to a seamless collaborative performance

Kilkenny native Ryan J took a keen interest in music from an early age, picking up his first guitar at 11 and beginning his passion for songwriting by the age of 13. Throughout his teens Ryan was inspired by musicians like Ed Sheeran and James Morrison, lending to his sentimental vocals style.

Ryan J met Dublin local Kyle Farell when he relocated to the capital to pursue and develop his music. Kyle was raised on blues and rock and roll, shaping him into an avid guitar fan, and by age 9 started experimenting with the instrument himself. Kyle’s eclectic guitar style melds seamlessly with Ryan J’s  diverse songwriting, bringing a pinch of soul with his blues guitar background. David is a multi-instrumentalist from Dublin. He’s influenced by the iconic blues inspired rock guitarists B.B.King and Eric Claption and more contemporary folk musicians, such as, John Mayor. He has also been a backing guitarist for Irish country music star Derek Ryan on a number of occasions. 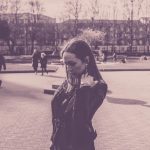 Ally is a singer songwriter and piano player based in Dublin. Coming from a musical background, Ally went on to study music at UCC where she honed her songwriting and performance skills alongside artists such as Jack O’Rourke and Marlene Enright. With a large collection of original work, Ally travelled to Nashville earlier this year to record a collection of songs due for release in 2020. ‘Nothing To You’ is a song that verberates somewhere in the pop realms and is the first offering from Ally’s forthcoming EP.

With over 10 years of classical vocal training under her belt, Nnics sound and songwriting passion brings a mixture of ballad-like melodies, with fresh electronic sampling. Nnics three releases to date have garnered over 800,000 plays on Spotify and through the success of ‘Pillars’ and the follow on single ‘8th Wonder’, Nnic has received national radio support from BBC, Radio X, Today FM, 2FM and online press from tastemakers such as Nialler9, District Magazine, The Last Mixtape and HotPress magazine.

Paul McDonnell has been a professional musician for 25 years. He has written 10 songs for multi platinum selling artist Tommy Fleming and several songs for other artists including De Danann, Leah McFall and Lisa Lambe.

In 2000 he was a lead singer/guitarist for De Danann and has recorded over 100 songs in Canada, USA, Germany and in Ireland. His long time collaborator , Dave Molloy has produced and co written most of their work. Dave Molloy is now a very respected writer, guitarist and producer for many new acts in Ireland.

In 2017, while in Germany Paul saw a talented performer, Joe Wilkinson. Together they co wrote ‘Just Say’. It’s a song about being separated from a loved one but not having the strength to follow your heart when you are too busy following dreams.