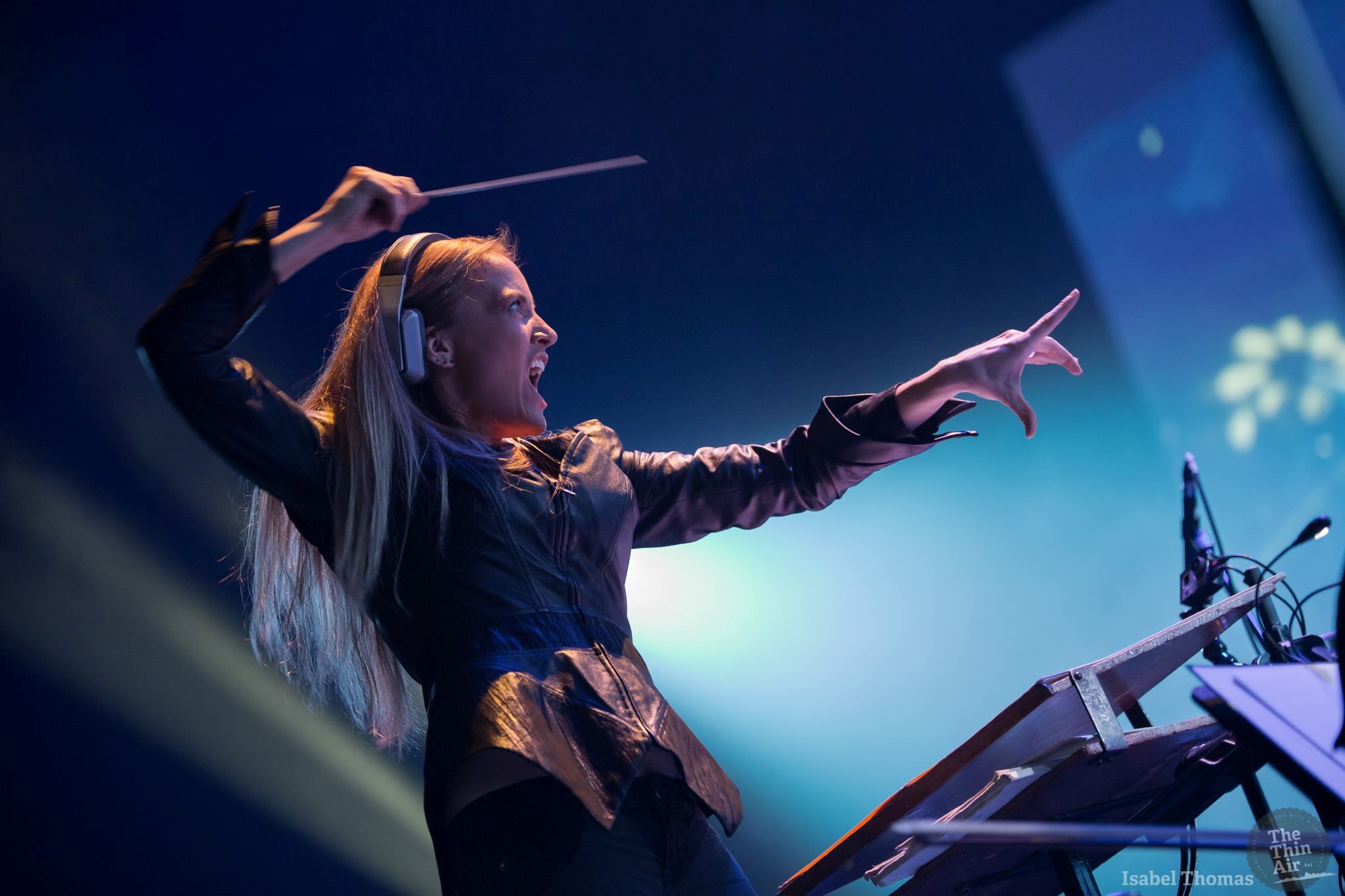 The seminar will cover:

Eimear Noone is an award winning Irish composer and conductor, resident in Malibu California, who splits her time between composing for video games, feature films, TV, commercials, and conducting classical and game music concerts.

Most recently, Eimear composed and conducted for the iconic video game, “World of WarCraft” and the recent expansion, “Warlords of Draenor.” The score for “WoD” received the 2014 “Hollywood Music in Media Award” for “Best Video Game Score” and was nominated for 5 “Annual Game Music Awards,” and “The 2015 ASCAP, Composer’s Choice Award.”

Arguably the world’s current premier conductor of video game scores (both in the studio and in the concert hall), her credits include the most respected in the genre. In addition to “World of WarCraft,” her credits include “Heroes of The Storm,'” “StarCraft II,” “Diablo III.” “Reaper of Souls,” “Hearthstone,” “Overwatch,” and many more.  “Diablo III,” as one example, smashed the record in game sales by selling over 3.5 million copies in the first 24 hours alone. It also won the 2012 GDC award for best audio – which includes the award for music, the 2012 Hollywood Music in Media Award for Best Original Score, and a 2013 BAFTA Nomination for Original Score.

In the live performance of video game music, currently Eimear is a conductor for the touring show “Video Games Live.” Prior to this, for two years, Eimear toured as the principle conductor for “The Zelda Symphony,” a full four-movement symphony created from the themes from the iconic video game, “Zelda.”

As a conductor she has led many of the world’s great ensembles such as The Philadelphia Orchestra (The Mann Center), The Dallas Symphony (Myerson Hall), The Royal Philharmonic (Hammersmith Apollo Theater), The Sydney Symphony (Sydney Opera House), and The National Symphonies of Spain, Ireland, Poland, and Qatar, just to name a few.

In 2011, Eimear recorded the “Zelda Symphony 25th Anniversary CD,” released by Nintendo as part of their newest Zelda game, “The Legend of Zelda: Skyward Sword.” Eimear also conducted for the series of 3D music videos that Nintendo released with their 3DS. These videos were filmed during the actual recording sessions for this Zelda game – the first time a game score had been filmed in 3D while it was being recorded.

Although best known for these contemporary performances, her background is solidly in classical music.  Recent concerts include her conducting works as varied as Scheherazade (Rimsky-Korsakov), The Firebird (Stravinsky), The New World Symphony (Dvorak) and more.

Before relocating to California, for four years Eimear conducted and composed for the Dublin City Concert Orchestra, an ensemble she co-founded at the age of 21 for the performance and promotion of film music and repertoire used in films. The three honorary patrons of the orchestra were John Boorman, Elmer Bernstein and Noel Pearson.

The orchestra and symphonic chorus held a sell out series of concerts at the National Concert Hall in Dublin and earned much attention from the Irish national press. As the Irish Independent described her debut performance:

“…In one movement the audience rose to its feet in a standing ovation reminiscent of Riverdance. It was magic, the response of the audience… people left exhilarated and in tears.”

Eimear Noone, From her colleagues:

“Eimear Noone is one of the most dynamic conductors I’ve ever known. She brings the music to life with her passion, her skill and her clarity. I have had the pleasure of seeing her teach and she is a true master! With Eimear, all of the mysteries of conducting are laid out one by one so that the student is able to apply it to their own approach. Technique, communication, preparation, problem solving are all broken down and explained. As with everything she does, Eimear brings her unique charm and positive spirit to the experience. She is a true Maestro!”

“Eimear is a stunningly vibrant performer, conductor and musical force. This idea of  empowering any end user to experience the thrill of helming an orchestra could not have a better champion. Anyone from student to master would have a plethora of information to learn from one of the most fiery, seasoned and musical performers I’ve ever met. I can’t wait to try this!”

“Eimear is a tremendously talented and respected professional in the business. Her enthusiasm, charisma and confidence keep her in such demand both in live and studio recording settings. She is also a shining standout as an effective communicator with the orchestra as well as a wonderful educator and lecturer within her craft.”

“Eimear is one of the great conductors, teachers, performers and composers. Her energy is as infectious as her always bright outlook on life. She’s a bright light in the world in the world Music, be it studio, stage or classroom. Anyone would be lucky to learn from her wealth of knowledge and experience, both theoretical and real world”