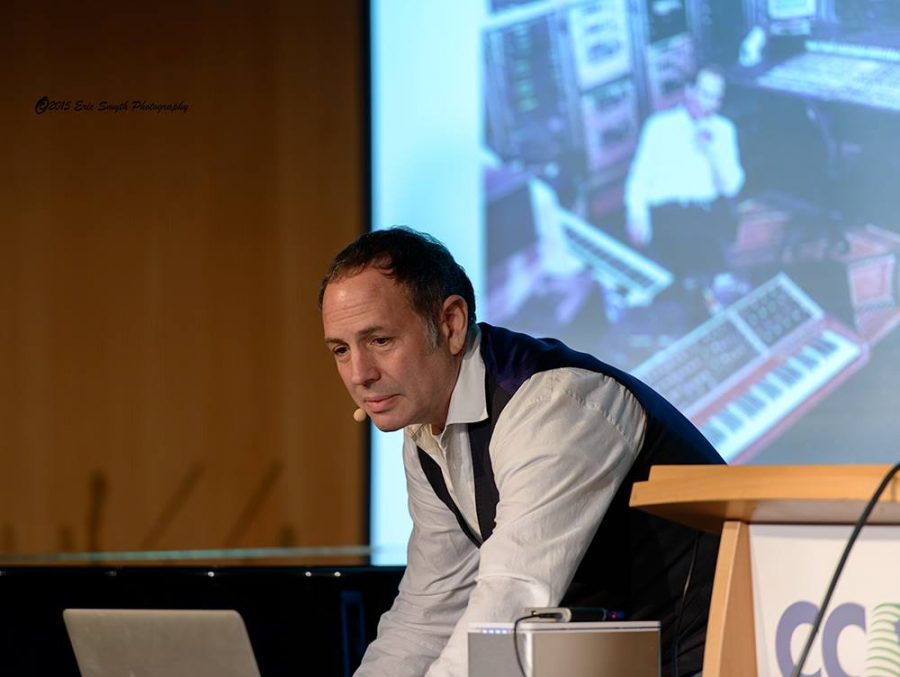 In this three hour seminar, award winning and Emmy Nominated media composer Craig Stuart Garfinkle, will guide the attendees through his creative and production process.  Using his actual Logic, Sibelius and ProTools sessions as examples, he will demonstrate each step of the process, including:

Tools and topics to be discussed include:

Recently, Craig composed for the iconic video game, World of WarCraft and its expansion, Warlords of Draenor (Winner, Hollywood Music in Media Award, “Best Video Game Score” and ASCAP Composer’s Choice Award Nominee). This is a continuation of his experience in video games that dates back to the earliest Dungeons and Dragons games.

His music has appeared in hundreds of other film and television projects such as NBC’s The Office, Fringe, Lost, The Sopranos, X Factor and America’s Got Talent.

Craig is maybe best known, however, for his musical contribution to film trailers, often with partner Simone Benyacar (of The Ant Farm). Some of his most notable projects in this genre would include: Red, J.J. Abrams’ Star Trek, Sin City, the last three Harry Potter films, Vicky Christina Barcelona, Over the Hedge, Spider-man III, HALO II, James Bond: A Quantum of Solace, and many more.