Carlow is gearing up for the live final of the Pan Celtic National Song Contest 2020 which will take place in the GB Shaw Theatre, Visual on Saturday, 22nd February. From a total of almost 50 entries, 20 newly composed songs in the Irish language have been shortlisted for the final and the finalists will go head to head for the top prize of €1,000 and the chance to represent Ireland at the international song contest in April.

Three well known singers have been announced to judge the contest – singer songwriter John Spillane, Niamh de Búrca herself a recorded artiste and promoter of numerous Irish music events with Gael Linn and Carlow resident Fiach Ó Muircheartaigh singer, musician and member of the RTÉ Late Late Show House Band.  Songs will be judged based on the lyrics and the music as well as the live performance on stage. The 20 songs which have made it to the final cross a number of styles and genres ranging from rock, pop and folk to traditional and classical in what promises to be a most enjoyable event.

Carlow’s only contestant this year is up and coming singer/songwriter Ciara Nic an Fhailí with her composition ‘Liomsa Amháin’.  Kilkenny has two songs through to the final with sisters Molly and Ella de Búrca singing their own song ‘Le Déanaí’ while Gaeltacht KK a talented young band blending traditional music with hints of pop, blues, jazz and classical create a new and exciting sound for their newly composed song.

Music director is Ollie Hennessy backed by the magnificent Pan Celtic House Band. Three prizes will be awarded on the night, €100 for third place, €200 for second place and the top prize of €1,000 and the Pan Celtic National Song Contest trophy going to the overall winning song.

The winning song will go on to represent Ireland at the International Song Contest which will take place during the Pan Celtic Festival in Carlow in April. The contest is kindly supported by main sponsor IMRO in conjunction with Gael Linn, Glór Cheatharlach and Pan Celtic.

Tickets for the not to be missed event on 22 February cost €12 and are on sale at the GB Shaw box office and will also be available on the night. Doors will open at 7.30pm with the show kicking off at 8pm. A fantastic evening’s entertainment is guaranteed. 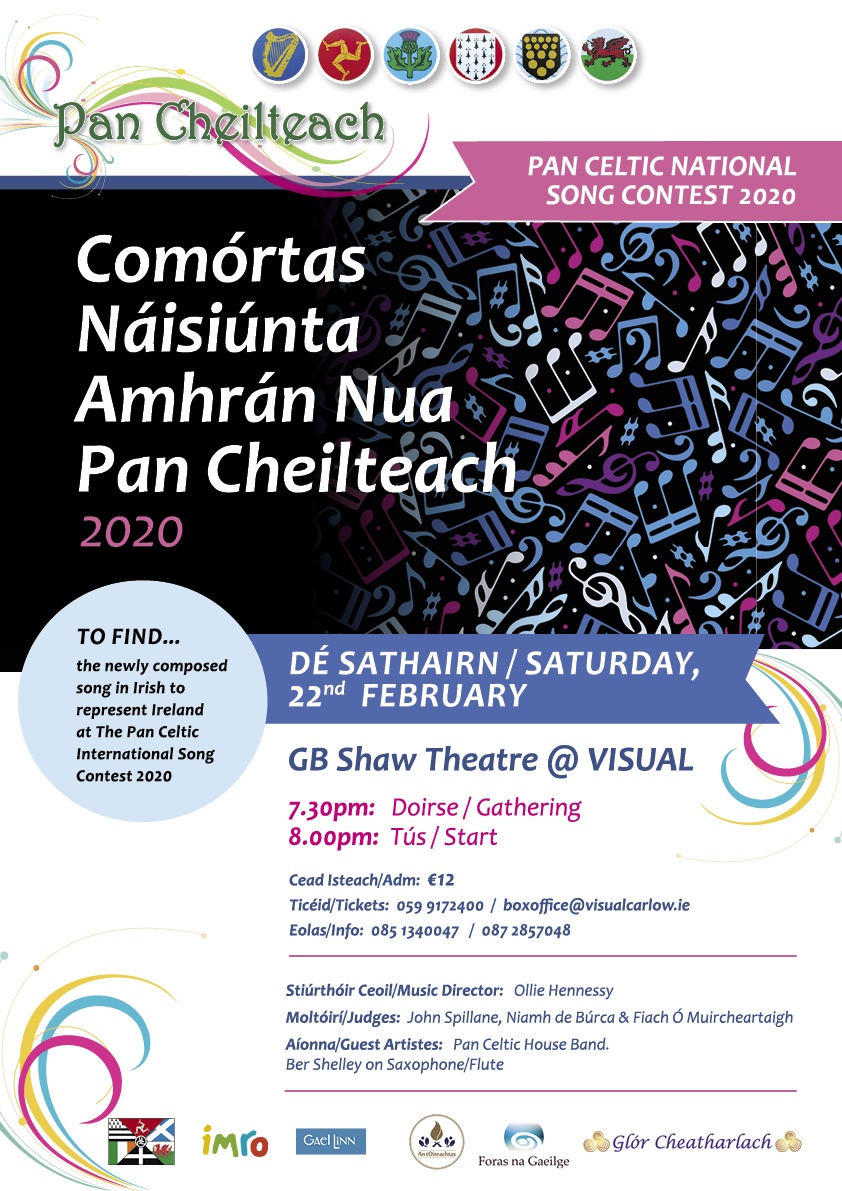