The National Association of Record Labels of Ireland (NARLI) AGM

The National Association of Record Labels of Ireland (NARLI) AGM 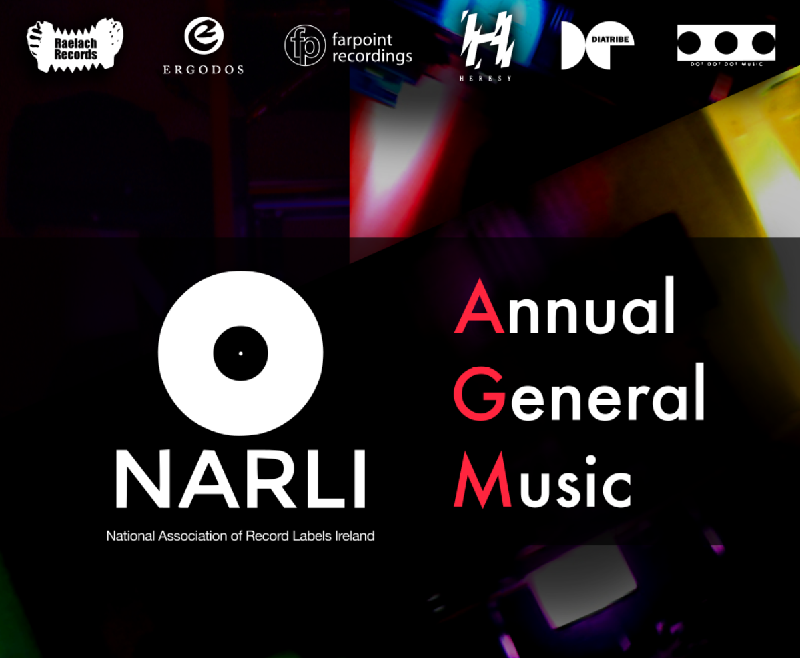 The National Association of Record Labels of Ireland (NARLI) was formed in 2016 with the aim of furthering independent music in this country and forging cooperation between the labels involved in its production.

The Annual General Music (AGM) is a yearly sonic meeting of all partner labels, now open to the public, taking the form of a record fair followed by a collaborative live performance from artists represented across the combined catalogues – the ‘Minutes’ of the meeting.