CISAC’s General Assembly Meets in Warsaw, Calls on Governments to Step Up Action on Creators’ Rights 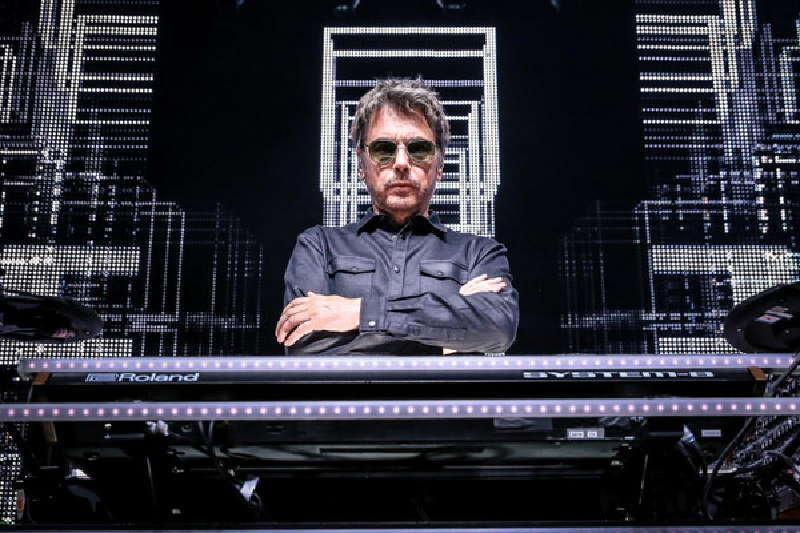 Over 200 authors and their representatives convene this week in Poland at CISAC’s General Assembly, the annual meeting of the world’s leading network of creators and authors’ societies.

Top of the agenda for CISAC – the International Confederation of Societies of Authors and Composers – are its campaigns for stronger and fairer rights for creators, globally coordinated with national and regional partners across the world.

The Warsaw meeting will be attended by the confederation’s President Jean-Michel Jarre and many other creators from across the world. It will be hosted by ZAiKs, the Polish Society of Authors and Composers, which is celebrating its 100th anniversary in 2018 and was one of the original founders of the Confederation in 1926.

Coinciding with the General Assembly, CISAC is releasing its 2018 Annual Report, which provides a comprehensive overview of its fight for creators’ rights globally. It will be available for download at www.cisac.org in English, French and Spanish.

CISAC Director General Gadi Oron says: “We are gathering in Warsaw to plan for the future at a time of great opportunity for authors and authors’ societies, but also of uncertainty. In the digital world, creativity has never been more abundant, but for millions of creators the market is simply not working the way it could and should. We need the help of government and lawmakers to build a 21st century landscape which brings fairer rewards to the millions of creators whose livelihood depends on their creative works.”

ZAiKS President Janusz Fogler says: “We are delighted to be hosting CISAC again after 84 years, and to be able to bestow Honorary Membership of ZAiKS upon exceptional creator and CISAC President Jean-Michel Jarre on our 100th anniversary. This accolade, which was first granted in pre-war times, is to this day the highest distinction awarded by ZAiKs. It recognises the efforts Jean-Michel has put into improving the situation of authors worldwide and in Poland”.

CISAC works to protect the rights and promote the interests of creators and authors’ societies across all regions of the world and artistic fields. The confederation brings together 239 authors’ societies from 121 countries. These societies’ royalty collections grew 6% to €9.2 billion in 2016, providing a living to more than 4 million creators in all repertoires: music, audiovisual, drama, literature and visual art.

However, the works of authors across the world are being widely devalued and their creators unfairly remunerated. This is due to a combination of powerful users, from broadcasters to technology companies, and flawed legislation in many countries.

CISAC works alongside its three Creators’ Councils: the Council of Music Authors (CIAM), Writers & Directors Worldwide (W&DW) and the International Council of Creators of Graphic, Plastic and Photographic Arts (CIAGP).

CISAC CAMPAIGNS “AT A GLANCE”

Fixing the “transfer of value”

The explosion of digital platforms has transformed how works are made available, helping some sectors like the music industry return to growth. However, authors are not sharing in this boom as they should. This is because the value generated by creative content is siphoned off by large technology companies, particularly user-uploaded content services. The European Union proposed legislation to address this problem known as the “transfer of value”.

CISAC President Jean-Michel Jarre says: “This is a critical moment in Europe’s proposal for legislation to give creators a fair deal from global technology companies. CISAC’s message in this debate is a vital one for policy makers to hear. It is: “the world is watching Europe”. There is no doubt that decisions made to fix the transfer of value in Europe this year will send a powerful signal to governments globally. Today Europe – tomorrow the world. That is an empowering message to the global community”.

CISAC works with Writers & Directors Worldwide to ensure that screenwriters and directors have an unwaivable right of remuneration when their works are used by digital services and other users. In many countries, these creators do not have this right enshrined in the law. They are unable to share in the commercial success of their films and TV programmes. In May 2018, CISAC published the “AV Remuneration Study” by Professor Raquel Xalabarder. The study examines global legal systems to support reforms to introduce the right internationally. It provides the framework for governments to enact the right.

By guaranteeing a royalty when works are resold by an auction house or gallery, resale right is a vital source of income for visual artists in over 80 countries. However, universal adoption of the right is essential if all artists are to benefit. This is why CISAC engaged in talks to build momentum for resale right at the World Intellectual Property Organization and lobbied decision-makers in art markets, such as Argentina and Japan, which have yet to implement the right.