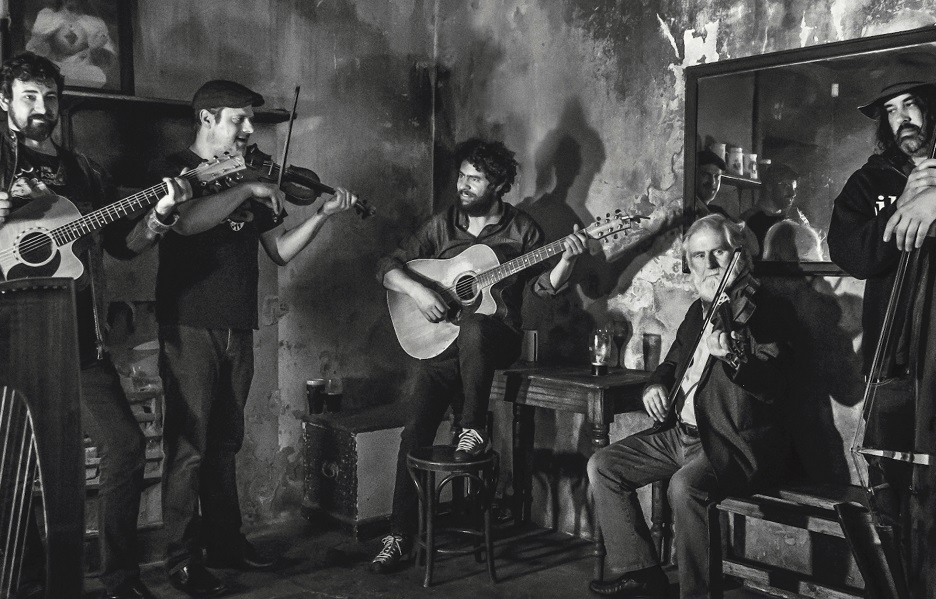 Fifteen years in the making, this epic song cycle combines the best of traditional Irish music and the heart of modern song-writing to present a series of extraordinary true tales from the most dynamic period in Irelands history. Inspired by John O’Connor’s book “The Workhouses of Ireland” O’Rourke wrote ‘Poor Boys Shoes’ the first song of the collection, and recalls, “The hair stood up on my neck when I read the lines: ‘The man who carried his wife from the workhouse to their old home, mile after weary mile, and was discovered next morning dead, his wife’s feet held to his breast as if he was trying to warm them…’ I had stumbled into a chapter of history I knew almost nothing about. I wanted to be a witness, to share these stories the best way I knew how, through music.” Known as the Great Irish Famine, An Gorta Mór was by far the most impactful era in the recorded history of Ireland. The effect on the population was so devastating that seven generations and 170 years later, Irelands population is still far from where it was in the 1840s. The Famine marked the beginning of a boom in Irish immigration resulting in over 80 million across the world claiming Irish heritage today. The album covers hyper-real photo illustration features O’Rourke and band members re-enacting a scene from one historical tale. Following the ambush and shooting of the landlord ‘Manning’ in Co. Westmeath, locals formed a mob, found Manning’s body, hacked the corpse into pieces and threw them into a ditch. In another story from 1849, the 23-year-old captain Curry Shaw abandoned his passengers and made off in the only lifeboat when ‘The Hannah’ struck ice in the frigid waters off Newfoundland. He left them to their fate. In an age where people are still fleeing their homelands en masse, struggling to escape tyranny and poverty, too often in vessels unfit for human transportation, these stories are as relevant as ever and speak to us of our own humanity.  Says O’Rourke, “The songs in this project are an attempt to bring fresh air to an unhealed wound, and to remind the Irish people of what we have overcome.” Nine of the album’s musicians will tour the new compositions across Ireland in December, including Mike McGoldrick, Dermot Byrne, Floriane Blancke, Jack Maher, Chris Herzberger, Catriona Frost, Rob Calder and John Sheahan. The winter of 2017/18 will mark the 170th anniversary of the peak of this most significant series of events. ‘Chronicles of the Great Irish Famine’ will be released in October 2017.

Born in Dublin, now living on the wild windswept west coast of Ireland, O’Rourke spent eight years of his youth in Australia. At 13, a priest in Kyabram gave him his first guitar. His debut album, aptly named “Since Kyabram”, was nominated for three Meteor Awards, including “Best Male Artist”, “Best New Album”, and “Best Folk/Trad Artist”, and achieved double Platinum. In 2016 he released his fifth studio album “In Full Colour”, recorded with a full 50-piece orchestra. A prolific writer and story-teller, his latest song-cycle entitled “Chronicles Of The Great Irish Famine” will be launched in Ireland in November of this year. Glen Hansard calls him “a timeless troubadour with a voice that breaks through all your defences and gets to the heart of the matter”. His songs have been admired by James Taylor and John Sheahan (The Dubliners); by Eddi Reader, John Prine and and Paul Weller. BBC Radio notes, “There is something so simple but overwhelmingly powerful about the melodies and emotive storytelling.” 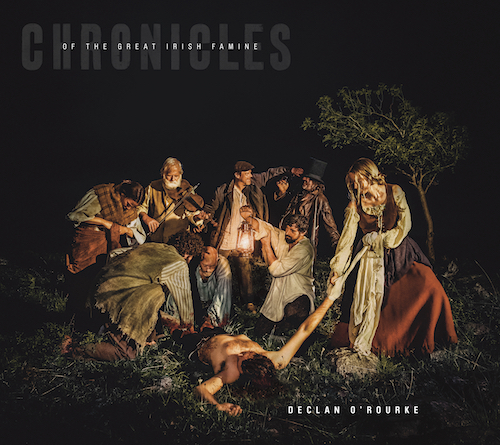