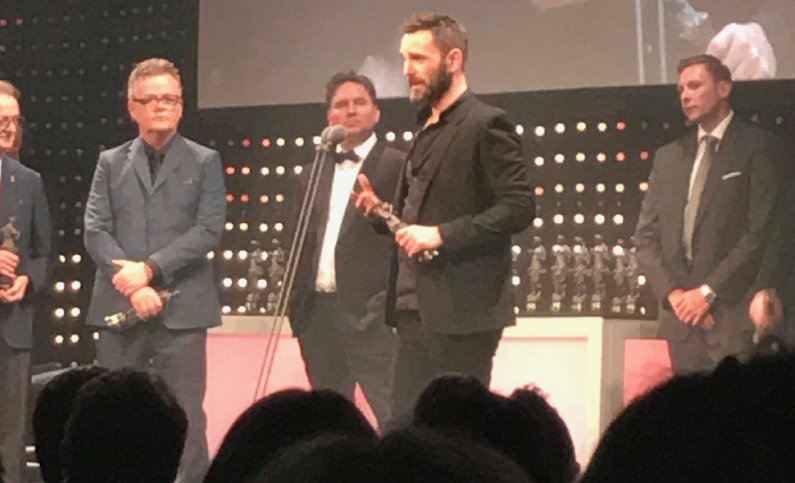 IMRO (the Irish Music Rights Organisation) has congratulated songwriter and IMRO member Johnny McDaid on his success at the 2018 Ivor Novello Awards. McDaid’s composition The Shape of You, co-written with Steve Mac and Ed Sheeran, won the title of Most Performed Work, a category which credits works that received the most broadcast, online and general performance in the UK during 2017. Johnny McDaid and Ed Sheeran accepted the award at The Ivors event in London earlier today.

Commenting on the award, Victor Finn, CEO of IMRO said: “On behalf of IMRO, I would like to congratulate Johnny on this fantastic achievement, yet another nod to the calibre of music being produced on this island. Occasions such as The Ivors are an important opportunity to acknowledge music creators like Johnny whose commitment and passion plays a vital role in bolstering our reputation on the world stage and provides such enjoyment for music lovers near and far. With dedicated supports, there’s an exciting opportunity to further build on our reputation and secure the future of this important sector.” 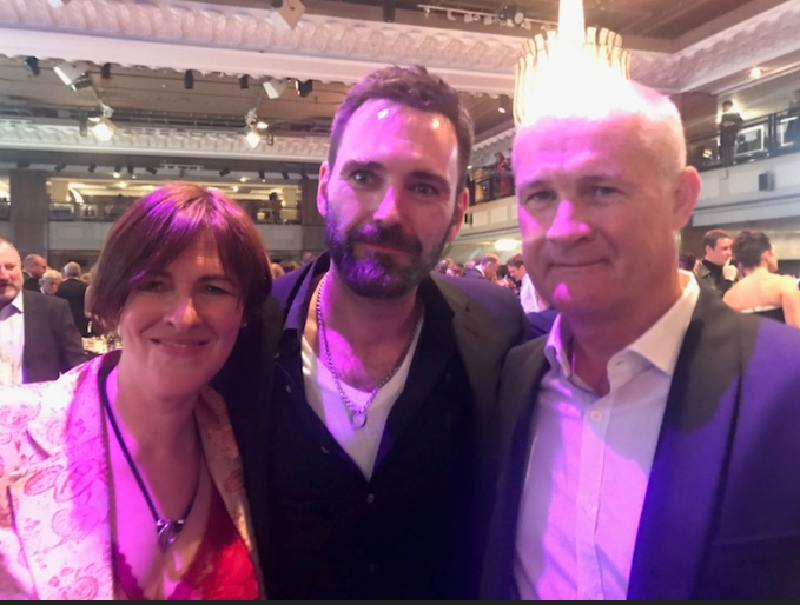 Earlier this year, Johnny McDaid was presented with an IMRO Outstanding Achievement Award in recognition of the enormous contribution he has made on the global stage.

A full list of the 2018 Ivor Novello Award winners is available here: http://theivors.com/the-ivors-2018/

Johnny McDaid is a prolific songwriter and producer behind a wide array of recent chart hits including Ed Sheeran’s ‘Shape of You’, ‘Human’ by Rag ‘n’ Bone Man, James Blunt’s ‘The Afterlove’ and Zara Larsson’s ‘So Good’. Born in Dublin and raised in Derry, Northern Ireland, McDaid moved to London in his late teens and spent a decade leading his band Vega4, whose song ‘Life is Beautiful’ featured prominently in a number of US TV dramas and films. When that band split, Snow Patrol members Jonny Quinn, Gary Lightbody and Nathan Connolly set up a publishing company, Polar Patrol Publishing, and made McDaid their first signing. Johnny has since written soundtracks and numerous songs for movies alongside Snow Patrol frontman, Gary Lightbody. McDaid went on to tour with Snow Patrol during the Fallen Empires Tour and subsequently joined the band. In addition, the Grammy nominated songwriter has worked with diverse artists such as Example, Robbie Williams, Biffy Clyro, Rudimental, Birdy, Kodaline, Faith Hill & Tim McGraw, Anderson East, Beoga and P!nk.