Microdisney Reform to Perform The Clock Comes Down The Stairs 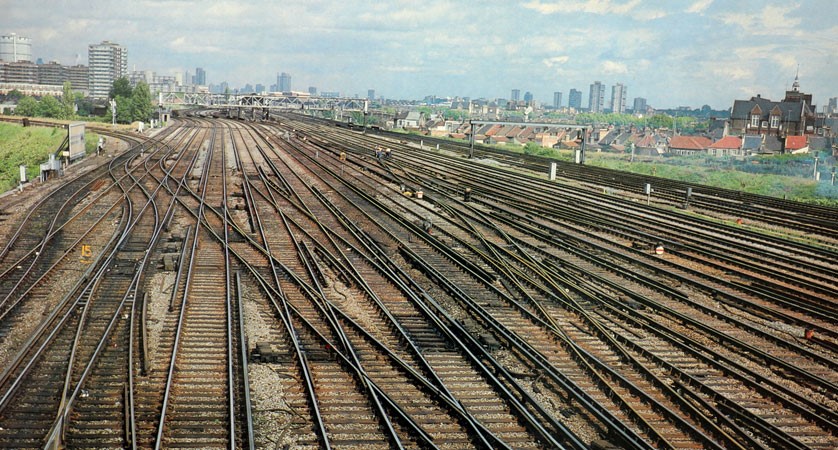 On June 2 2018, legendary Cork band Microdisney reconvene after some 30 years for a one-off exclusive performance their seminal album, The Clock Comes Down The Stairs and more.  For The Record sees NCH celebrate and explore the context of the key recordings in Irish music. A dark journey through 80’s emigrant London, The Clock Comes Down The Stairs has regularly been termed the greatest Irish record ever…

Described by John Peel as “the iron fist in a velvet glove”, Microdisney is defined by Cathal Coughlan’s intelligent articulate lyricism, with his and Sean O’Hagan’s sweet well-arranged pop melodies marking them as a band of fierce intelligence. Released on Rough Trade records in 1985 and reaching No 1 in the UK Indie Charts, The Clock Comes Down The Stairs is born of an insecure and troubled Irish emigrant experience of London in the 80s. Dark, acerbic, witty and yet swathed in lush pop, the album is one of the great Irish albums and one of the most critically acclaimed.

Microdisney began recording in their native town of Cork, Ireland. Their first including Pink Skinned Man, were released on indie label Kabuki records. The group moved to London, and signed to Rough Trade releasing their debut album, Everybody is Fantastic. This was followed by The Clock Comes Down The Stairs in 1985. The band then signed to Virgin Records and released the albums Crooked Mile and 39 Minutes. Their notable singles include the radio hit, Town to Town and Singer’s Hampstead Home. Following the break-up of Microdisney, Sean O’Hagan went on to work with Stereolab and form his own much-loved band, The High Llamas. Cathal Coughlan went on to form The Fatima Mansions and is a solo artist.Microdisney perform The Clock Comes Down The Stairs: Cathal Coughlan, vocalsSean O’Hagan, guitarJon Fell, bassTom Fenner, drums

This event is now sold out

“The Greatest Irish Album Ever? But the fact is, if my house was on fire, I would rescue Microdisney. I love it. I love Cathal Coughlan’s voice and Seán O’Hagan’s Beach Boys-infused melodies and brilliant guitar solos. Above all else I love Cathal’s dark, laugh out loud mischevious lyrics about the perils of being an Irish Catholic emigrant in a world gone mad. But while it rails at the absurdities of life, it is still a life-affirming joy.” Tom Dunne, The Sunday Times. “Coughlan’s intelligence and passion are a rebuke to a vapid music industry, his chronicles of disaffection and disgust an inspiration.” The Guardian

Irish music has produced a wide and varied album output some of which is widely acclaimed and known yet much seminal work remains to be celebrated in the digital era. For The Record sees the album performed in concert and perhaps equally importantly it explores the artistic, social and political context of the release. For the Record looks at seminal recorded moments anew.