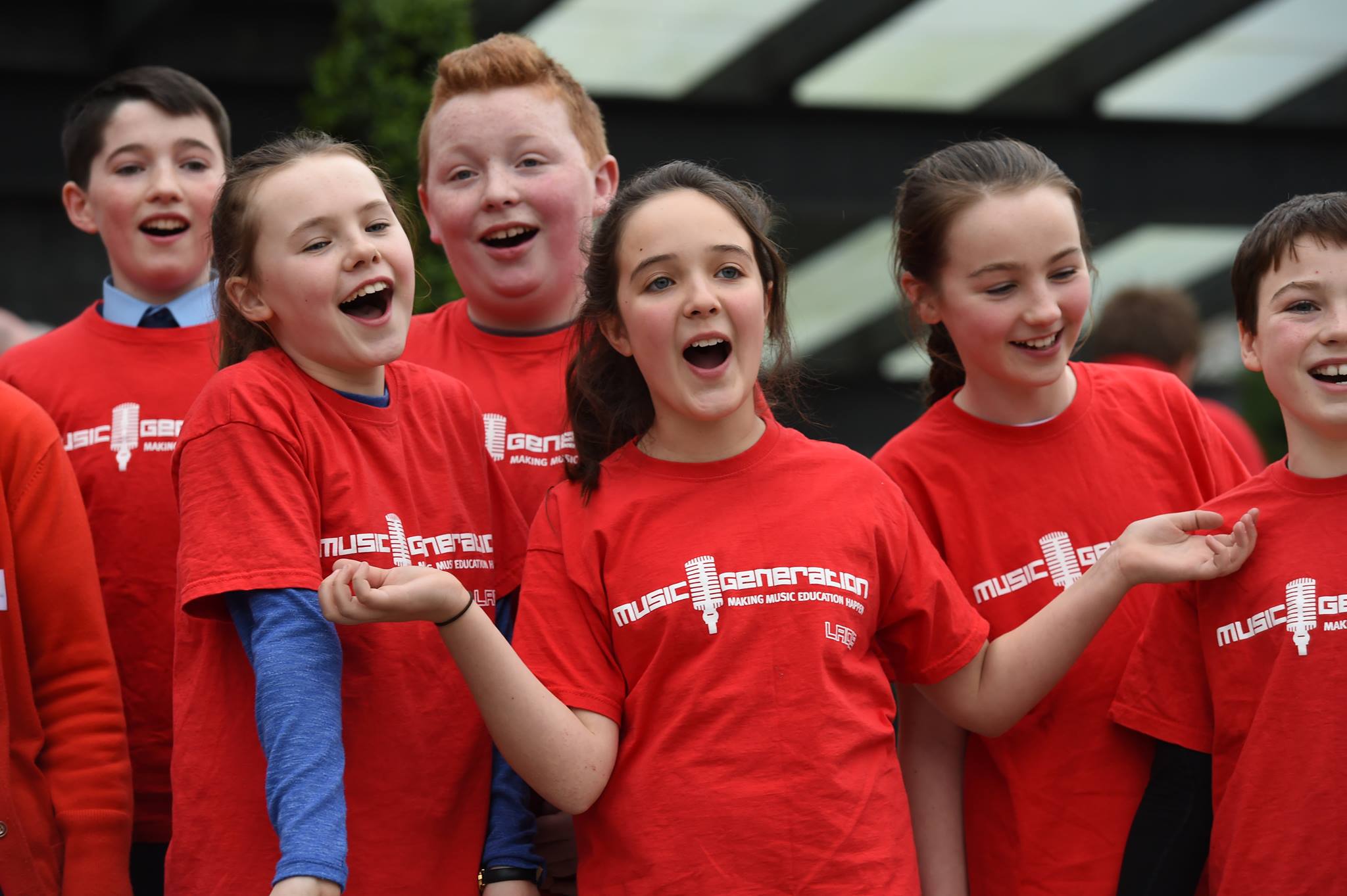 Music Generation has just announced the 9 new areas of Ireland that will receive philanthropic funding from U2 and The Ireland Funds to create increased access to music tuition for children and young people in their local area. Following an open national call for applications earlier this year, the 9 new areas selected for participation are: Cavan/Monaghan; Dún Laoghaire-Rathdown; Galway City; Galway County; Kilkenny; Leitrim; Roscommon; Waterford and Wexford. The programmes will be managed and delivered by local Music Education Partnerships in each area. Operating on a 50/50 matched funding basis, these new Music Education Partnerships will receive an investment of €5m raised by U2 and The Ireland Funds, and will also generate a further combined €5m in local investment over the next five years.

Ireland’s national music education programme, Music Generation was initiated by Music Network in 2010, and is co-funded by U2, The Ireland Funds, the Department of Education and Skills and Local Music Education Partnerships.

The new Music Education Partnerships will be established on a phased basis over the next five years, with 5 areas commencing planning immediately and a further 4 expected to get underway in 2018. It is anticipated that the new programmes will create substantial employment opportunities for musicians in each area, as well as offering access to high-quality, subsidised vocal and instrumental tuition to thousands of children and young people who would otherwise not have the choice of access or the chance to participate.

Speaking on the announcement of the Phase 2 expansion, U2’s The Edge said: ‘This is a really important moment for Music Generation. Our ambition is for every child and young person in Ireland to have access to tuition and this next phase of expansion brings us ever closer. Huge thanks to both the Government and The Ireland Funds for their ongoing commitment to a programme of which we, as a band, are immensely proud.’

‘I would like to congratulate the new Music Education Partnerships and the various individuals, groups and Statutory Agencies that have come together to support the development of the Music Generation programme within their local areas’, said Minister for Education and Skills, Richard Bruton T.D. ‘My Department wholeheartedly believes in the importance of facilitating access to music for children and young people, which unlocks their creativity and can help them reach their potential in all areas of their education. Through our ongoing annual €2.5m funding of Music Generation’s first phase, and our commitment to  co-funding the 9 new areas into the future, we will work together with all partners to ensure the continued success of this important non-mainstream music education programme.’

Kieran McLoughlin, Worldwide President and CEO, The Ireland Funds, said: ‘It is wonderful to see the ongoing success of this pioneering programme, which has already had a remarkable impact on the communities in which it operates. We are delighted to be working with U2 and the Department of Education and Skills on this great Public-Philanthropic Partnership to bring the benefits of musical education to thousands of Irish young people.’

Already, Music Generation creates access to high-quality, subsidised music tuition for more than 41,000 children and young people annually in Carlow, Clare, Cork City, Laois, Limerick City, Louth, Mayo, Offaly/Westmeath, Sligo, South Dublin and Wicklow. This first phase of the programme was seed-funded through philanthropic donations by U2 and The Ireland Funds in 2009, and is now sustainably co-funded on a 50/50 basis by the Department of Education and Skills and Local Music Education Partnerships.

Expansion of the programme into these 9 new areas has been made possible through the ongoing support of U2 and The Ireland Funds, who announced further donations to Music Generation in July this year to establish the programme’s next phase. Moreover, ‘Phase 2’ has been assured of long-term sustainability through a further commitment by the Department of Education and Skills to co-fund the new areas into the future, together with Local Music Education Partnerships.

National Director of Music Generation, Rosaleen Molloy, commented on the significance of this announcement: ‘This is another landmark moment for Music Generation, and we are thrilled to announce the 9 new areas that will join the programme for its next phase of development. We would like to acknowledge the ambition and the vision of these new Music Education Partnerships in seeking truly transformative outcomes for the children and young people with whom they will engage. We look forward to working with them to support their plans for development, building upon the extraordinary success of Music Generation’s story so far.’