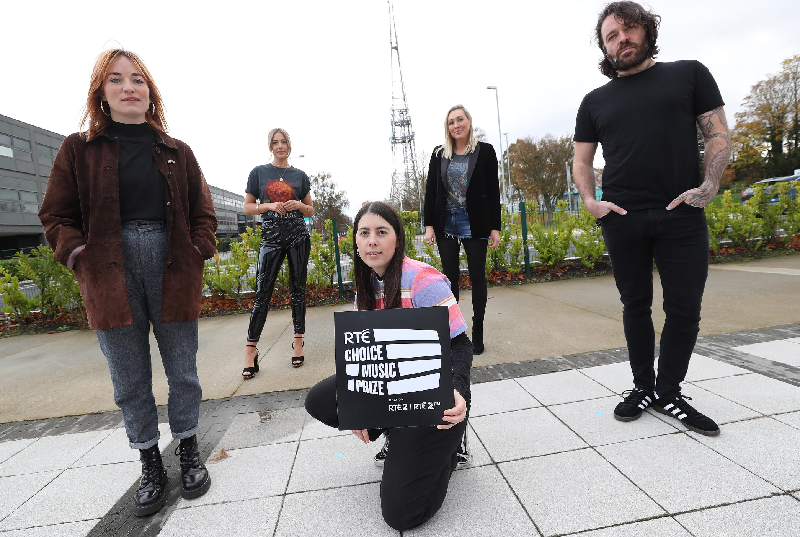 The RTÉ Choice Music Prize Event will be celebrated in an exclusive live broadcast on RTÉ 2FM on Thursday 4th March, along with a TV-special on RTÉ2. Further details will be announced once final decisions have been made.

The Irish Album and Song of the Year 2020 will be announced on Thursday 4th March live on RTÉ 2FM.

Adrian Lynch, Director Audiences, Channels and Marketing at RTÉ, said: “Through our successful partnership with the Choice Music Prize over the past three years RTÉ has combined our television, radio and online platforms to great effect to promote nominated artists and support Irish music talent. This support is more important now than ever and in a very difficult year for Irish artists, it is essential that, through this year’s RTÉ Choice Music Prize, we continue to do our part to celebrate the music and the artists who have continued to reach great heights in 2020.”

Dan Healy, Head of RTÉ 2FM, said: “Despite unprecedented challenges for the music industry, Irish artists, emerging and established, have produced some incredible, inspiring music this year. Giving airplay to this great Irish talent is at the very core of what we do at 2FM and our RTÉ Choice Music Prize All-Irish music days, which celebrate Irish music and artists, have become one of the most popular features on the station. Everyone in 2FM is looking forward to again getting right behind the RTÉ Choice Music Prize and celebrating Irish artists and their music.”

RTÉ Choice Music Prize ‘Conversations’ will return on Thursday 4th March 2021. ‘Conversations’ is an international music forum designed to encourage frank exchanges amongst panellists and with the audiences to challenge and elucidate the biggest prevailing issues confronting artists and industry professionals.

RTÉ Choice Music Prize will once again celebrate the best in Irish recorded music.   The Prize has become one of the music-industry highlights of the year since its inception in 2005. The Irish Album of the Year award is chosen from a shortlist of ten albums by a panel of eleven Irish music media professionals and industry experts.

The winning act will receive €10,000, a prize fund which has been provided by The Irish Music Rights Organisation (IMRO) and The Irish Recorded Music Association (IRMA).

“RTÉ Choice Music Prize recognises and champions some of our finest songwriters and IMRO is delighted to continue its longstanding association with this prestigious music prize. Irish music continues to push new boundaries and this Prize provides a great platform for new music to resonate so strongly with audiences in Ireland and important overseas markets” – Keith Johnson, Director of Marketing & Membership IMRO.

All shortlisted acts will receive a specially commissioned award.

The Choice Music Prize website has published a list of Irish albums released to date in 2020. This list can be viewed at http://www.choicemusicprize.ie/2020-album-list/ and notified by email regarding any additions moc.ezirpcisumeciohc@ofni

Further information can be found at: http://www.choicemusicprize.ie