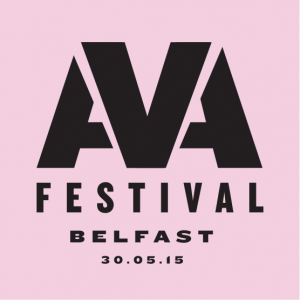 , in association with Generator NI have announced today that Romain Tardy, ‘Patchblocks’ AKA Sebastian Heinz, Jesse Abayomi and Dave Lievense have been added to the free daytime conference, along with the ‘Howard Street Food’ debut at AVA Festival at T13 in the Titanic Quarter on Saturday 30th May.

Festival organisers are pleased to add the additional names to an already stellar line-up at the free conference, which runs from 10:30 – 15:45 as part of the overall AVA Festival. This year’s festival also offers an eclectic line-up of electronic artists performing, the NI debut of Boiler Room, an inspiring Street Food Market, Record Fair, Skatepark Expose and much much more!

Romain Tardy, ‘One of the worlds best audio visual mappers’ (CNN), will host a talk and exhibit his work during the AVA Conference. Romain Tardy, born originally in Paris, is a visual artists focusing primarily in digital arts. His extensive experience led him to create the now highly established and accomplished visual label ‘AntiVJ’ in 2008 that formed the base of his research and work on projected light. His work has been exhibited in more that 15 countries across the world. AVA is incredibly excited to host his first visit to Northern Ireland and host an exciting presentation and talk about his work to date.

‘Patchblocks’ AKA Sebastian Heinz will host an interactive live demo of his programmable sound machines as a table full of mini synthesisers, allowing visitors to explore the world of sound synthesis. He developed this as part of his research at SARC in Belfast, focusing on the development of technology that blends the border between physical and digital worlds. Since Patchblocks’ first appeared on the crowdfunding platform Kickstarter, the product has gained interest from musicians, educators and sound geeks across the globe.

Jesse Abayomi AKA Abayomi is a DJ/producer who uprooted his London residence and settled down in Berlin to be an integral part of the avant-garde of the electronic music scene. Being an Ableton consultant, DJ and producer, his deep knowledge and understanding of sounds and rhythms are strongly reflected in his music. Abayomi will join Gavin Timlin & Ben Breslin (Ableton User Group Belfast) to host two demonstration sessions exploring Ableton’s newest and most versatile music creation tool – Push. Each session will start with some practical fundamentals followed by a creative demonstration along with a QA session to close. This will run alongside the Ableton Push Playground – a drop-in music lab where you can get hands-on with Ableton Live 9 and Push.

Dave Lievense, owner of Mass Motion Studios, will be joining his Psycatron partner Paul Hamil (Inflyte) along with Bicep and Timmy Stewart at the AVA Conference to host a talk specifically focusing on the Next generation of electronic music production. This heavy-weight panel of electronic producers will delve into the production, approach, the process and techniques along with the hardware and software that they use.

DJ Nu-Mark of Jurassic 5 will kick things off at AVA with a keynote and Q&A and the visionary Adam Smith, long-term AV collaborator with The Chemical Brothers will conclude the conference.

Joining the headline talents will be industry leaders and key partners including Ashley Howard of Hospital Records, the Vice President of Beatport Terry Weerasinghe, the CEO of The Association of Electronic Music – Mark Lawrence, along with local established talent, Bicep, Dave Lievense and Paul Hamil from Pyscatron, Timmy Stewart of Extended Play, Joe Dougan of Shine and Mark Gordon of Generator NI.

AVA Street Food Market and AVA Record Fair will run alongside the free daytime conference and the evening festival on Saturday 30th May 2015 at T13 from 10:30am-10pm. It is open to the general public from 10.30am until 3:30pm (ticket holders from 4pm.)

‘Howard Street’, recently listed as one of the top 40 restaurants in Britain (Observer Food Monthly, 26/04/15), will launch their highly anticipated Thai inspired ‘Howard Street Food’ venture at the festival. Chef Marty Murphy has spent time in Thailand and is confident with Thai spices – fragrant curry and salted chilli squid will be on the menu.  Find out more at www.facebook.com/howardstreetfood. They will be joined by Pizza Vantastica, Café Livanto and Windrush Island Café.

ALL AVA FESTIVAL TICKETS ARE ON SALE FROM www.avafestival.com/tickets

AVA has secured some incredible local vendors for their Street Food Market, including Howard Street, (recently listed as one of the top 40 restaurants in Britain (Observer Food Monthly, 26/04/15) will launch their highly anticipated Thai street food venture), Pizza Vantastica an authentic Napolitan clay wood burning pizza oven and Cafe Livanto, serving freshly brewed coffee, suki teas from his 1973 Citroën HY van. The food market will run from 10:30am-10pm. It is open to the general public from 10.30am until 3:30pm (ticket holders from 4pm.)

Over 10 vendors will be trading their vintage and highly collectable records between 10.30 -15.30 – local labels including Champion Sound and Extended Play will be displaying their collections.

The AVA Conference will focus on the audio, visual and arts talent and industry within Northern Ireland. Irrespective of your level of involvement, experience or intrigue, AVA will offer connections and knowledge of the music, film and arts industry.

To add to the exciting content, ‘Extended Play’, Belfast’s leading House & Techno imprint are running a competition to find the next emerging electronic music producer. The winning submission will form the lead track on the labels next Extended Players release, feature on ‘Feel My Bicep’s Blog’ and receive mentoring and artist development support from the label owners JMX & T-Bone. Submit your track via email to moc.lavitsefava@ofni add in the subject: ‘AVA Emerging Artist Track – Your Name’ by April 30th. The top 6 tracks will be selected and a panel will feedback during the AVA conference.

Nothing like this exists in Northern Ireland. There are limited free spaces on the AVA conference workshops, available via www.avafestival.com/conference and limited second release tickets for the AVA evening showcase, with a price tag of just £18; it is set to sell out quickly.

The AVA conferencing is in association with Generator NI;

Generator NI is a programme aimed to support the development of new markets, knowledge and networks for the NI music business, seeking to foster and stimulate cross-sector links within the wider creative industries.