Christie was born in Tralee, County Kerry; he was the youngest of 9 children. There was always music in the house. His father played jazz on the accordian, his mother, a great storyteller, sang traditional Irish songs. Neighbours and family members, including Henry Curtin who played drums (Frank Sinatra’s drummer), would join in the regular sessions of music and song. (Happy Days) 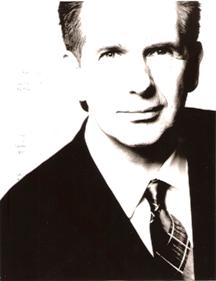 Christie left school at 11½ (the ½ he said was important). At 15 he went to work on building sites in London by day and played in the R&B clubs by night. Christie was 23 when he wrote his first song.

Christie was discovered by the late John Peel.

Christie composed the theme tune and incidental music for the BBC TV series “Get Well Soon” written by Ray Galton (“Steptoe & Son”) and composed and wrote a musical/feature film about his native Ireland “Two Stops to Paradise”.

As well as writing Christie produced two of his own albums with Steve Nye, “The Box” and “This Is As Far As I Go”. He solo produced Aled Jones’ album “Whenever God Shines His Light”.

The following artists are among the many who have covered Christie’s songs.

Christie was the Patron to the Irish charity “Children in Crossfire”. His special focus was on the schools literacy programmes, as Christie was unable to read or write himself due to his childhoold years spent roaming the countryside rather than attending school. He suffered from severe dyslexia which was not picked up at school.

Following a trip to Kenya with the charity in 2006 and after spending time in the different villages with the children, Christie wrote a song “A Price For Love”. He thought it was very important that the lyrics came from what the children would say to us all if they could. All royalties from this single are being donated to the charity in perpetuity. You can find out more about “Children in Crossfire” on their website.

1. The lyrics and music must be the original work of the songwriter (s).
2. The contest is open to all types of song, in any style – ballad, country, pop, rock etc.
3. Songs may be entered in either the English or Irish language.
4. The Contest is open to national and international songwriters.
5. Songwriters may only enter one song for consideration.
6. Entries will not be returned – all songwriters should retain a copy of their song submission.
7. All entries must be submitted on a CD and must be accompanied by a copy of the lyrics; typed or clearly written.
8. A commercial recording of the entry must not be released for sale before Saturday 17th November 2012.
9. Finalists will be notified by 8th October 2012.
10. The provisional adjudication will be on the basis of the CDs submitted, from which 10 finalists will be chosen.
11. Each of the 10 finalists will be invited to take part in a live concert in Tralee on Saturday 17th November 2012. Backing tracks are not permitted for this performance.
12. Each songwriter will be responsible for providing the singer and/or group for his/her entry in the final at his/her own expense.
13. A first prize of €1,000 will be presented to the winning songwriter on the night of the final.
14. Final adjudication will be on the night of the final. Decisions of the adjudication panel will be final.
15. Entry for the contest implies acceptance of all the rules.

16. All entries should be posted to:

Please include your name, address, phone number and email address with your entry.