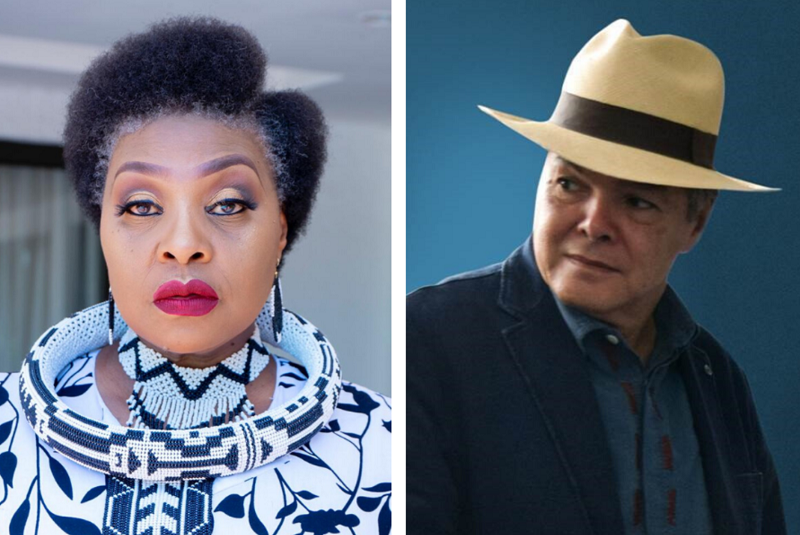 Yvonne Chaka Chaka has been at the forefront of South African popular music for 27 years, becoming known as the “Princess of Africa”. Having shared the stage with creators including Angélique Kidjo, Annie Lennox, Bono, Queen, Miriam Makeba and Youssou N’Dour, Yvonne Chaka Chaka has also performed for Queen Elizabeth II, US President Bill Clinton, South African President Thabo Mbeki and a host of other world leaders.

She has become a champion for the Global Fund to Fight AIDS, TB and Malaria, the United Nations MDG Envoy for Africa, and the Goodwill Ambassador for the Roll Back Malaria Partnership. Nelson Mandela chose her as the first ambassador for his children’s fund. She has also established her own charity, the Princess of Africa Foundation.

CISAC’s Vice Presidents are also joined by the most prominent Mexican composer and director of the second half of the 20th century, Arturo Márquez. The recipient of numerous awards and scholarships from the government of France and Mexico as well as the Fulbright Scholarship from the United States, Arturo Márquez studied at the National Conservatory of Mexico, National Institute of Fine Arts of Mexico, California Institute of the Arts, and with Jacques Castérède in France. Often incorporating Latin American themes, his works have been performed by the National Symphony Orchestra Mexico, YOSA Philharmonic, Pan American Symphony, l’Orchestre de Paris, Simon Bolivar Symphony Orchestra and the Orchestre Symphonique de Lyon.

CISAC Director General Gadi Oron said: “Yvonne Chaka Chaka and Arturo Márquez are outstanding, inspirational creators, and I’m delighted CISAC will be able to benefit from their energy and authority in campaigning for creators worldwide. They join us as Vice Presidents at a critical moment for CISAC’s work, with millions of creators facing loss of their livelihoods and the challenge of rebuilding their careers. We are looking forward greatly to our collaboration and their support.”