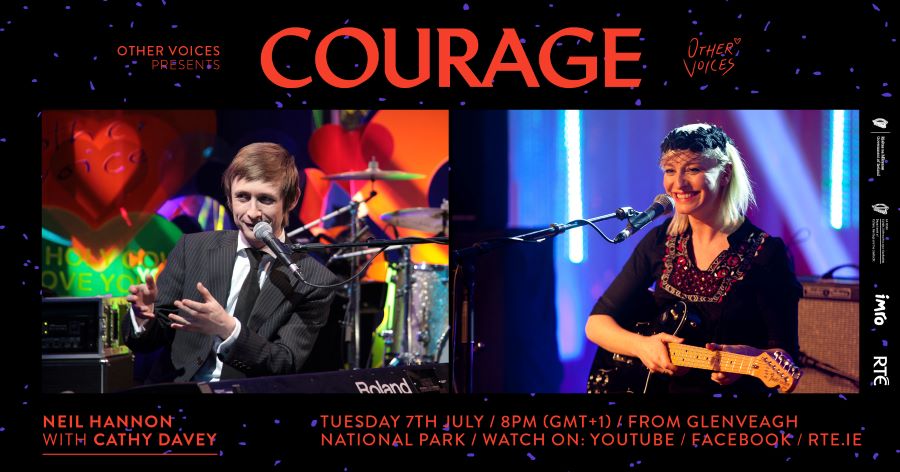 ‘Courage’ series two has garnered a fantastic global response since it began on the 23rd of June, with concerts from James Vincent McMorrow, Maija Sofia, Lankum, The Murder Capital and Kodaline. They continue on next week with performances from Neil Hannon, Cathy Davey, Eve Belle, Saint Sister and Crash Ensemble.

Veteran chamber pop musician Neil Hannon who’s been making music under the moniker The Divine Comedy since the early 90s will be performing from Glenveagh National Park in Donegal with singer-songwriter Cathy Davey and up and coming alt pop musician Eve Belle on the 7th of July. Beloved electro folk duo Saint Sister along with members of ‘New Music’ collective Crash Ensemble will play from The Guildhall in Derry on the 9th of July.

Once again performances will take place on Tuesday and Thursday nights and will be made available worldwide, free of charge, thanks to the support of the Department of Culture, Heritage and the Gaeltacht, RTÉ and IMRO. Courage series one is currently being shown on RTÉ 2 Thursdays at 23:30