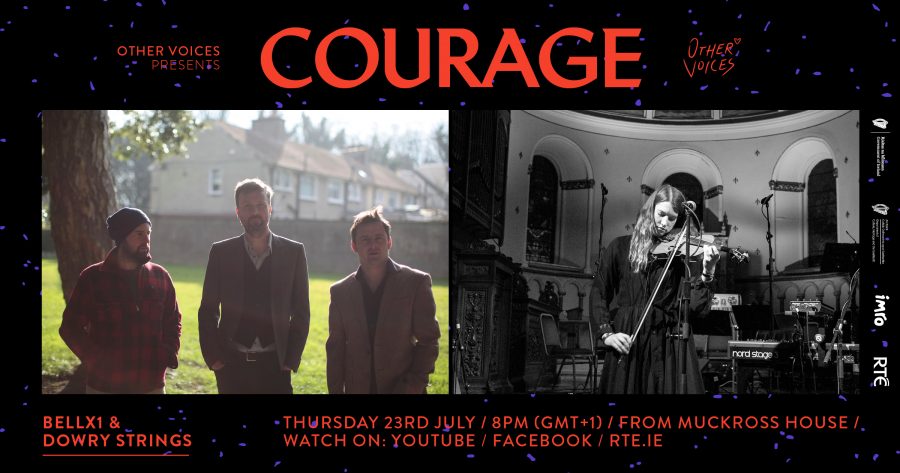 Bell X1 have gone from strength to strength since they formed in the late 90s and are now one of the Ireland’s best known and most loved alt rock bands, with nine albums under their belts they’ve grown and innovated as time has gone on but have never lost the playful and unique lyricism and arrangement style that defines their sound. They will perform in Muckross House in Killarney on  the 23rd of July and will be joined by Dowry Strings, the quartet led by violinist, composer and singer-songwriter Éna Brennan (Dowry)  .

This performance will take place on Thursday night and will be made available worldwide, free of charge, thanks to the support of the Department of Culture, Heritage and the Gaeltacht, RTÉ and IMRO.

Courage series two is currently being shown on RTÉ 2 Thursdays at 22:30.