The team behind CultureTECH, the now annual festival of digital technology, media and music, have just announced their dates for this year’s event. CultureTECH 2014 will take place from Monday, September 15th to Sunday, September 21st at locations across Derry-Londonderry and promises to be even bigger than previous events. 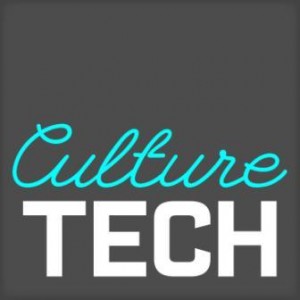 Now the biggest digital and creative industries event in Northern Ireland, CultureTECH attracted an aggregate audience of around 24,000 in 2013 as part of Derry-Londonderry’s City of Culture celebrations. Although the programme for the festival won’t be released until April, the organisers are keen to build on last year’s success and are promising an even more ambitious programme.

As festival Director Mark Nagurski explained: “2013 was a breakthrough year for the festival in terms of its scale – we hosted over 150 events and sessions across the week, with over 500 artists, musicians, speakers and performers taking part. 2014 will continue in the same vein, with events for industry, young people and communities across the city.”

“Obviously we don’t want to give too much away just yet, but we’re delighted to be working with existing partners like the University of Ulster, DANI Awards, Nerve Centre, Generator NI, the Chamber of Commerce and the Belfast Media Festival again in 2014. Events like the City Arcade, which attracted over 8,000 players last year, are coming back bigger than ever and our CultureTECH Junior programme will expand to fill the full week, with the aim of working with 15,000 young people across the city. We’re also working on some exciting new projects with local partners like the Verbal Arts Centre as well as internationally-renowned cultural organisations from both the UK and USA. One of the most exciting new additions will be a city-wide communities strand to the programme, with events taking place in neighbourhoods across Derry-Londonderry and further afield.”

Details of the programme will be released in April but the organisers have stressed that they’re keen to speak to as many potential partners and participants as they can. “If there’s anyone out there that wants to be part of the festival, now’s the time for them to come talk to us about their ideas.” Mark added.

You can check out last year’s festival programme by visiting www.culturetech.co or get in touch with the team by email on oc.hceterutluc@ofni