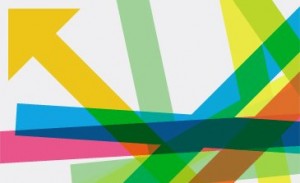 This Thursday, 29th November, the TCD Music Composition Centre features a talk by Film Composer Brian Lock on the topic of Composing and Orchestrating for Film, Television and Media. This seminar will look at some of the composition techniques and challenges that composing commercial media music involve and also some of the practicalities of writing music for the audio-visual industries.

Brian Lock is Senior Lecturer in Music at Royal Holloway, University of London, and is a well-known composer of film, media and experimental music. His film music has been commissioned by leading art-house directors worldwide from The Land Girls for Britain’s David Leland, to the classical music and arrangements in Jane Campion’s The Portrait of a Lady to the French and Polish box office hits Vipère au Poing and A Gentle Creature. He has written a large amount of TV music including for flagship shows such as the BBC’s Coast, The Art of Spain, The Private Life of a Masterpiece and Panorama and CBS’s current affairs series 60 Minutes. His current experimental music is all concerned with the relationship between music and image or in genre fusion and ‘hybridisation’ like the Dreams and Memoryscapes for Flute, Birds and iPad which has just received its premiere in Philadelphia with Susan Milan on flute or the Sonata for Clarinet, Percussion and Laptop.

Brian is also involved in the use of music technology in composition for music therapy and community based music making applications and incorporated this into his new adaptation of Janacek’s The Cunning Little Vixen for this Summer’s Glyndbourne Opera production. Brian is very active in the composition community and has recently acted as a judge for film music and sonic arts for the British Composers Awards and for the British Academy of the Film and Television Arts and also in the academic compositional community where he has been an assessor of research for the Research Assessment Exercise and though the supervision of over 15 composition and music technology PhD students.

Admission to this event is free, and all are welcome.

For further details on this and upcoming events at the TCD Music Composition Centre see http://www.tcd.ie/music-composition/