The end of this month sees the Irish Music Rights Organisation (IMRO), Filmbase and the Contemporary Music Centre (CMC) host a networking event for film/TV music composers and filmmakers. 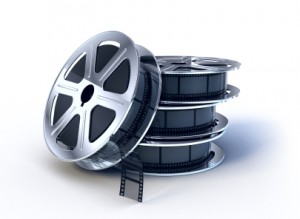 Trapped in an editing room or studio? Looking to connect with fellow composers or filmmakers, TV show creators and music industry professionals? Want to team up with others to make great shorts, documentaries, viral videos, features, animations or other types of broadcast content?  Then join us for this forthcoming event.

We have a limited number of places available for this event. To have your name included in a draw for places please send an email to: ei.ormi@nosnhoj.htiek Please indicate if you are a film & TV music composer or filmmaker when replying.

Successful applicants will be notified by email by Friday 12th October

In addition to composing music for film, Derek Gleeson is Director of Screen Training Ireland’s Film Scoring Program, Dublin. He served as Composer Advisor to Moonstone International (sister company to Sundance Festival) and as Jury Chairman of the Irish Film & Television Awards (IFTA). In 2009, as Music Director and Conductor, Gleeson and The Dublin Philharmonic Orchestra embarked on its inaugural United States ten week tour of 49-cities in 24 states, presented under the auspices of Columbia Artists Management, Inc. In July 2010, Gleeson and the all-Irish DPO toured China, performing at the Shanghai Grand Theatre’s World Expo Program, and two concerts opening the Beijing Festival summer season at the National Centre for the Performing Arts at the Opera House, televised throughout China to over 400 million people.
Web: http://derekgleeson.com/

Caoimhe is an Emmy nominated Foley artist who began her career in 1997 in the cutting rooms of Ardmore Studios. She has worked extensively on many feature films on both sides of the Atlantic with such great directors as Robert Altman, Neil Jordan and Guy Maddin.

Liam’s current and recent film productions include Last Passenger, directed by Omid Nooshin, Earthbound directed by Alan Brennan, Out of the Blue and I Hate Musicals directed by Michael Lavelle, Mr Crocodile in the Cupboard directed by Morgan Bushe and Ghostwood a horror movie produced by Ned Dowd. Liam has written music for films including Show Girls, Circle of Friends and Don Juan De Marco starring Johnny Depp and Marlon Brando. He produced songs for the romantic comedy Leap Year directed by Anand Tucker and is the recipient of a Promax World Gold Award for Best Original Music for his score, Part of Life. Liam has recently had his score for The Girl with the Mechanical Maiden performed by the RTÉ Concert Orchestra, with performances at the National Concert Hall and Lincoln Centre in New York. Recent performances also include Moth Manoeuvre performed by Scottish flautist Aisling Agnew, Angel, performed by Cois Cladaigh Chamber Choir and a newly commissioned work Psalm, to be performed in the Vatican this October. Liam has also collaborated with choreographer Norman Morris and Royal Ballet dancer David Drew MBE, developing new works by choreographers from the Royal Ballet Company and Royal Ballet School and has been commissioned to write a new work for Irish ballet dancer and choreographer, Monica Loughman. Liam is regularly engaged as an arranger and conductor both in the concert hall and the recording studio having previously worked with Pete Townsend, Nancy Gustavson, Luciano Pavarotti, Bon Jovi, Meat Loaf, Bryan Adams and Dave Stewart.

Jonathan started his musical journey playing drums in The Busking Shagwagon who were cruelly awarded last place at a Battle of the Bands final. It was then he realised he was not destined for a career as a musician and joined Songseekers International (now The Soundlounge) in 1998. He worked there for four years as a music supervisor for ad agencies working on campaigns including Pirelli, GO! Airlines, Adidas, Levis, Hugo Boss, KFC, Ford and Guinness. In 2002, he joined Bucks Music Group and is responsible for the Creative placement of their music in Commercials, Film, TV and Computer Games and Digital. Recent campaigns and placements include Hugo Boss, Juicy Couture, Burberry, Heinz, Unilever, Hovis, and Film & TV including Battleships, Kill List, Magic Mike, Waterloo Road, Beaver Falls and This Is England ’88. In 2012, Jonathan won ‘Best Sync In Film’ at the inaugural Music & Sound Awards for ‘It Could Have Been Better’ – Joan Armatrading in Kill List

Irish composer Ciarán Hope studied composition at the DIT Conservatory of Music and at the Prague Conservatory before attending the UCLA film scoring programme. His work on the Hollywood feature film ‘The Insider’ was nominated for a Golden Globe Award, and he recently completed the score for ‘Truth about Kerry’, a movie starring Stana Katic. He is also working on music for an upcoming epic on the life of Mother Teresa, which is being shot by Academy Award-nominated cinematographer Jack Green and directed by award winning director Bill Riead. He is a recipient of numerous composition awards including the International Solstice Composition Prize, a Fulbright Scholarship in Film Music, a National Training Commission for Film and Television Bursary, an Arts Council of Ireland Postgraduate Award and the IMRO prize at the RTÉ Musician of the Future. Ciarán Hope has given master classes on composing for film at a variety of venues including Trinity College Dublin, the Dundalk Institute of Technology, the University of Colorado at Denver and the Solstice Arts Centre in Navan. He has written and produced songs for the Raleigh Studio’s motion picture ‘Manfast’, and for the closing credits of the feature film ‘The Man In The Iron Mask’. He has also, among others, arranged and produced tracks for ‘Buffy The Vampire Slayer’.

Paddy Breathnach started his directing career making natural history documentaries for Eamon de Buitlear. He went on to direct a number of sports documentaries and observational documentaries for his company Treasure Films. His first feature, Ailsa, won the Euskal Media Award for Best First/Second Film at the San Sebastian Film Festival. Breathnach’s second feature I Went Down (BBC films) starring Brendan Gleeson, also won the New Directors at the San Sebastian Film Festival in 1997. At Thessaloniki, Paddy won the Best Director Award. In 1997/98 Breathnach produced SouthPaw, a feature that was selected for Sundance in 1999. Breathnach then went on to direct Blow Dry, which was released in the US, UK and Ireland in Spring 2001, for Miramax. His next film Man About Dog was released in 2003 becoming one of the most successful independently produced Irish films at the Irish box office. Recent work include horror films ‘Shrooms and Redmist in 2008. He is currently working on an adaptation of Conor McPherson’s play “The Good Thief”, he is working with Mark O’Halloran on Perdido Amor, a film set in Cuba and is in post-production on a documentary “An oiche a gineadh m’athar” for TG4.

Stephen Rennicks is a composer with extensive experience in composing for film with numerous feature, documentary and short credits to his name. Most notably, Rennicks has composed for some of the most successful Irish films in recent years including Man About Dog, which was directed by Paddy Breathnach, and two Lenny Abrahamson films Garage and Adam & Paul. Stephen has also composed the original music for Abrahamson’s latest film What Richard Did which is in Irish cinemas now.

This networking event will be followed by Psycho – Live!

A Live Screening with the RTÉ Concert Orchestra

In the Main Auditorium at the National Concert Hall

Tickets for this performance are available through the NCH booking office: https://www.nch.ie/online/

Following sell-outs in 2010, the RTÉ Concert Orchestra presents a very special Halloween screening of Alfred Hitchcock’s classic Psycho. This cinematic masterpiece comes alive in a big-screen presentation accompanied by a live performance of Bernard Herrmann’s spine-tingling score. Imagine the impact of the iconic shower scene on the big screen with the screeching violin music live underneath! Actress Janet Leigh claimed that she never took a shower again after making Psycho – we could see another wave of shower phobia hit Dublin after this. Anthony Perkins is unforgettable as Norman Bates, one of cinema’s most notorious psychopaths, and the evocative black-and-white photography and all-strings score all add to the tension, thrills and terror. Bernard Herrmann is a film music master. As well as his close association with Hitchcock that also included the scores for North by Northwest, The Man Who Knew Too Much and Vertigo, his music enriched other classics from Citizen Kane to Taxi Driver.