Iconic Irish Recording Studio to open its doors to the public 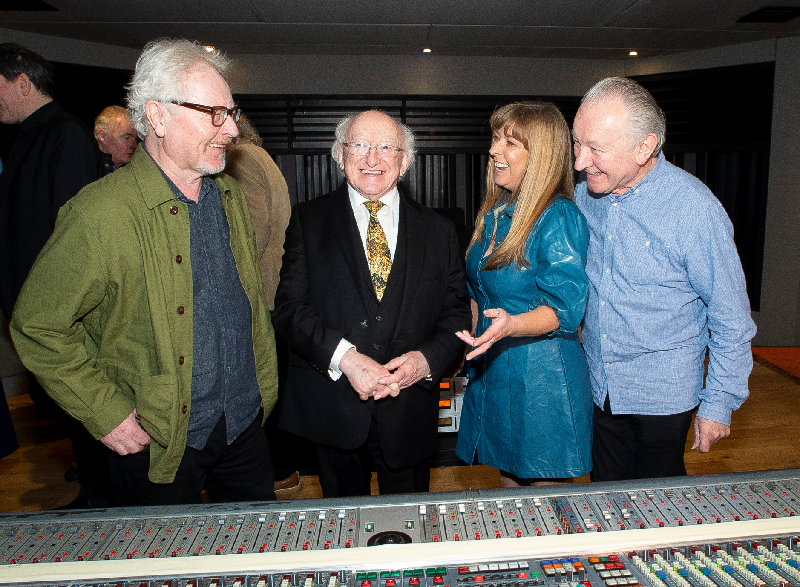 Windmill Lane Recording Studios (WLRS) has just launched a unique new visitor experience at their world renowned studios in Dublin. Guest of honour, President of Ireland Michael D. Higgins was in attendance at the launch event which took place on Thursday 20th February along with a host of music industry personalities and professionals.

Visitors to the studio will learn about the prolific history of Windmill Lane Studios from its very beginnings to the present day. Since U2 placed it on the world map in 1978, its services have been in great demand, which led to the relocation in 1990 of its facilities to a larger space in an Art-Deco  protected structure, the former electrical power station for the tramline depot on Ringsend Road.Some of the artists that have recorded here over the years include Kate Bush, The Rolling Stones, The Cranberries, The Spice Girls and more recently Lady Gaga, Ed Sheeran, Westlife, The Script and Hozier.

A one-hour tour of the studio will explore where some of the world’s most iconic songs and albums were recorded. The soundtrack for The Commitments film and the Riverdance album were recorded here.

“It is wonderful to see the reaction of visitors when they actually get behind these iconic doors and learn about the long history of the building and the growth of both Windmill Lane Recording Studios and the music industry in Ireland.  We have recorded so many of the albums that visitors grew up with, and the songs their children and grandchildren are growing up with, so it’s a very special experience to stand where, and learn how, they were recorded.” Naomi Moore, Chief Executive Officer, Windmill Lane Recording Studios.

Located in Dublin’s Docklands, this working recording studio preserves Ireland’s modern music history and will share its story with tourists, music lovers and fans of some of the most influential international musicians and is set amongst the hub of the world’s leading technology companies European headquarters.

In addition, tour visitors will receive an historical summary of the Ringsend area – from the times of Oliver Cromwell to the 1916 Easter Rising and will outline the buildings involvement in the old Dublin tramlines to its present status.

“Fáilte Ireland is delighted to support the Visitor Experience iconic Windmill Lane Recording Studios.  The evolution of this attraction which, by its artistic and authentic nature, compliments the tourism offering within the Docklands and adds to the unique offering for Dublin City.  Overseas visitors look for compelling experiences and we are confident the experience at Windmill Lane Recording Studios will be a huge draw for both domestic and international tourists.  We are working on developing the potential of the Docklands area as a vibrant tourist location and we believe the visitor experience at Windmill Studios will be central to this as it embodies one of the key themes of cultural innovation that has always been inherent in the Docklands area,” Paul Kelly, CEO of Fáilte Ireland.