During this year’s Britain’s Got Talent final, one hopeful was a marked contrast to the show’s reliably entertaining magicians, performing pets and dance squads – one man, an acoustic guitar and his own songs stole the hearts of the millions of viewers tuning in. 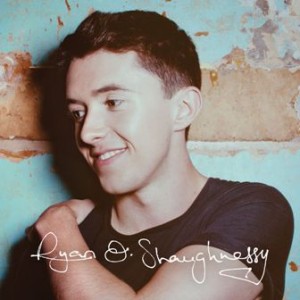 After his appearance on BGT, Ryan O’ Shaughnessy was signed to Sony Music and earlier this month released his debut self titled album which went straight in at Number 1 in the Irish Chart and Top 10 in the UK.

The mini album, which was recorded in May 2012 features all original songs written exclusively by Ryan. The lead track “No Name” is the song he performed on Britain’s Got Talent and which won him a place in the final and is a beautiful, heartfelt lament to unrequited love that showcases Ryan’s stunning voice and songwriting ability.

It’s a collection of hauntingly delicate songs that see Ryan comfortably sit next to the musical peers he admires, like Ed Sheeran and John Mayer. (Ed has Tweeted his admiration for Ryan, saying of “No Name” – Great voice, great song) Ryan O’ Shaughnessy simply put, is one of the countries hottest young artists.

To reserve a place at this event send an email to ei.ormi@pihsrebmem