As part of the programme of events taking place at the 2013 Temple Bar TradFest Festival, IMRO in association with Templebar Traders, will present a series of master classes in the New Theatre, Temple Bar, on Saturday 26th January.

Cork native, John Spillane, has the ability to appeal equally to audiences of all ages as a songwriter and musician. With a voice full of honesty, commitment and sensitivity, Spillane has won two Meteor Awards and is considered one of the most accomplished songwriters in Ireland today.

Charlie Lennon is a well known composer of Irish traditional and classical music. An accomplished musician in piano, bass, drum and fiddle, he has had works performed by various artists including Dé Danann, Liam O’Flynn and Sharon Shannon, Altan, The London Lasses and Pete Quinn.

These master classes are FREE but due to limited capacity – booking is essential. Email: ei.ormi@pihsrebmem to reserve your seat now, indicating which seminar(s) you would like to attend.

John Spillane is a musician, songwriter, performer, recording artist, storyteller, poet, dreamer – a canvass filled with color and brilliance.  His music transports the listener; his live performance captivates the audience.  In a world filled with strife and upheaval, a time-out with John Spillane is enough to ease the load a bit on anyone lucky enough to bask in his light. The man and his music are pure magic. 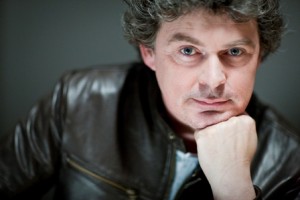 What makes John special is that he is an artist who knows how to deliver all that he has to offer to anyone of any age, male or female, no matter the musical preference.  Place him in the genre of folk, acoustic, traditional, world or pop – that’s fine with John.  He’s a man who is very comfortable in his skin. Whether performing solo with guitar, with gentle accompaniment or with full band before 10, 10,000 or 100,000, John entertains, charms, and mesmerizes.

John is a native of Cork, the County he lovingly describes as “the centre of the universe”, and it has been a huge creative influence on him. Vocally, he is quite unique with an almost sean nós-like element in his singing and he is said to have a voice “full of honesty, commitment and sensitivity”.

Two-time Meteor award winner, John is one of the most accomplished songwriters in Ireland today. Among those who have covered his songs are Christy Moore, Karan Casey, Pauline Scanlon, Cathy Ryan, Sharon Shannon, Sean Keane, George Murphy, to name a few. He performs to audiences large and small everywhere.

From his heart-warming visit to Senegal to film a “musical visit” for an Irish television series (where he met and played music with, among others, the legendary Baaba Maal), to his 2008 Australian tour where he sang the Irish National Anthem before 45,000 people attending the Australia v. Ireland Ozzie Rules Football, to singing for the President of Ireland, Mary McAleese (by invitation), and so on ad infinitum …

John’s performances shimmer with the magic realism that permeates many of his songs as he effortlessly flits between beautiful poetry tinged with melancholy to roguish, irreverent Cork humour.

Charlie Lennon is a well known composer who has worked for the past thirty years in both Irish traditional and classical music. He is also involved in music production and performance in his own studio in Spiddal, Galway, (www.cuanstudios.com) in the Connemara Gaeltacht. 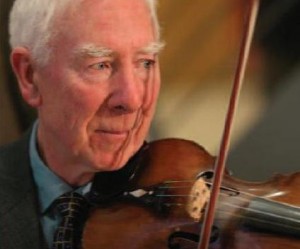 He is also involved in teaching at 3rd level in partnership with the National University of Ireland, Galway. Collectively they provide a full time Diploma Course in the Traditional Arts in Cuan studios. This covers music, including composition and arrangement, song and dance, sound recording, live sound, concert presentation, and stage production.

Many of his works have been recorded commercially including “The Emigrant Suite” (Gael Linn),  Aifreann Chaomháin “a Mass in Irish, ”Bainis Oileann—Island Wedding” (RTE) , a love story set on the Aran Islands and  “Flight from the Hungry”, the story of the Great Famine of the 1840’s. The latter two works, written for orchestra and traditional ensemble have been recorded by the RTE Concert Orchestra.

His orchestral works have been featured in concerts from Boston to Brisbane, Moscow to Melbourne. He was nominated Musician of the Year by the New York paper the Irish Echo for his contribution to Irish traditional music. His dance musical “Waves” has been screened by RTE and featured on many occasions on the American Public Broadcasting Service PBS. His music is also featured in a Hollywood produced film “Red Roses and Petrol”

In 2005 Comhaltas Ceoltoiri Eireann awarded him the title “Ard-Ollamh” and in 2006 he was awarded the title “Composer of the Year” by TG4. Also in 1996, he and his brother Ben were honoured by Leitrim County Council with a Civic Reception for their contribution to the development of Irish Music.

His most recent album, a double CD, “Turning the Tune” was published by Clo Iar Chonnachta in 2008.  His second book of tunes published by Waltons Music, Dublin will be launched in January 2013.  The title of the book is “Irish Tunes for Fiddle”, (Musical Memories Volume 2) and this includes 2 CD’s covering 70 of his compositions.