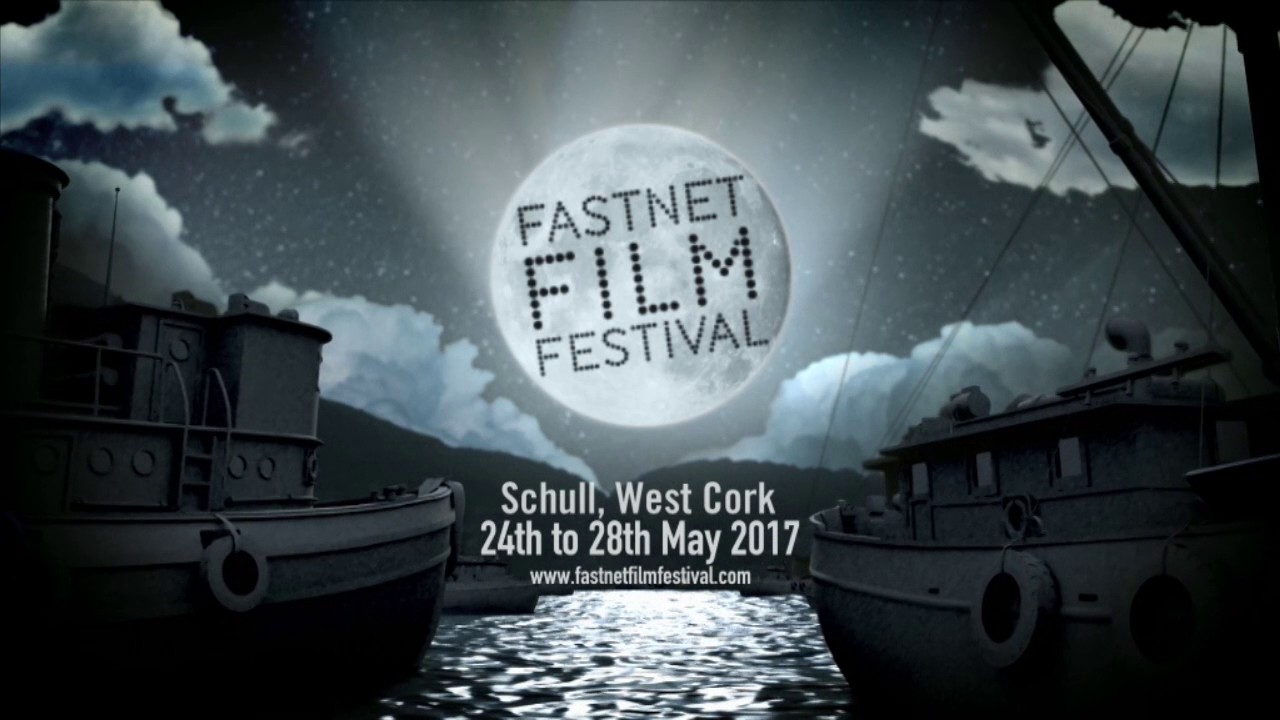 The 9th Annual Fastnet Film Festival runs from 24th to 28th May.  Film Music in Focus Curator Maurice Seezer, has put together a very special programme for visitors to Schull to enjoy. The partnership with IMRO has helped facilitate some very ambitious and collaborative performances this year, including:

– Crashlands, A live performance by Crash Ensemble on Long Island Beach at sunset.

– A Masterclass in Media Composition with Ray Harman

– Various live music events around Schull over the festival including, Liam Ó Maonlaí and friends, the 2 Richard Farrells playing Folk and Blues and Psychedelic Pill a Neill Young Tribute Band.

“This Partnership with IMRO is a great opportunity for us to align ourselves with the body who protect our National musical landscape. I believe it is a very positive connection, not only for FFF but also for IMRO. Curator Maurice Seezer has fostered over the years, a very diverse Film Music programme, to rival any festival in the world” said Hilary McCarthy FFF Vice Chairperson.

Academy Award winning film historian Kevin Brownlow, will screen the premiere of the 1925 restored silent film, The Goose Woman, which will be accompanied by world famous composer and conductor Carl Davis on grand piano. This unique event is only possible thanks to the support of Cork County Council and IMRO. Carl will also host an illustrated talk on his work, including screened excerpts from the restored Chaplin films.

The planned Crashlands, live performance by Crash Ensemble at sundown on Long Island will be free a free event. To mark their 20th anniversary at the cutting edge of contemporary classical music, Crash Ensemble present a ground breaking new music project.  This ambitious collaboration commissions and showcases new work from 20 Irish and international composers. A live performance of some of these pieces will be premiered on the West Pier on Long Island Schull. Crash Ensemble is Ireland’s foremost contemporary music ensemble; a group of world-class musicians who play the most adventurous, ground-breaking new music of today.

Other participants include David Puttnam, Jim Sheridan, Lenny Abrahamson and Stephen Frears. The line-up this year is unprecedented with over 70 expert guests taking part. Also, featured at the festival will be in excess of 400 screenings from 26 countries, Local Interest Films, World Cinema Programmes to include contributions from Scotland, Poland, Germany, India, Sardinia, and Portugal.

The Fastnet Film Festival is a major showcase for Irish and International short film production, focusing on the craft of film and has been held in high regard on a local, national and international level for several years now.  The Festival this year will run a series of seminars, masterclasses and workshops covering, lighting, screenwriting, casting, auditioning, score composition, film ethics, filming conflict, animation, creating content on your mobile, set design, shorts to feature and costume.

Music for silent films has been an enduring strand to Carl Davis’s compositional activities. A project to revive the Chaplin films has focused on The Mutuals‚ a cycle of 12 films all with original Davis music.

In 1916 Charlie Chaplin signed a contract to write, direct and star in 12 two-reelers for the Mutual Film Corporation. These short masterpieces, known as ‘The Mutuals’, drew for their themes on Chaplin’s own life experiences; a destitute childhood, the lure of the theatre, crossing the Atlantic as an immigrant, life in a silent film studio and dealing with fame and high society.

It occurred to Carl that one could tell the story of Charlie’s early years through a selection of clips, and cap it all with a significant complete one, ‘The Adventurer’. The score is drawn from Carl Davis’ recording of the British Film Institute’s complete ‘Mutuals’.

Saturday 27th May  – The Palace Cinema 14.15
Kevin Brownlow in conversation with Gwenda Young

Kevin Brownlow, acclaimed British film historian, filmmaker and is internationally recognised for his work documenting the history of the silent era, in particular his 13 part TV series Hollywood (1980), scored by Carl Davis. His initiative to interview many largely forgotten, elderly film pioneers has proven to be an invaluable resource in the preservation of the legacy of early cinema. Kevin has also taken responsibility for the restoration of many gems of the silent era, including the French epic masterpiece Napoleon (1927) directed by Abel Gance. In 2010, Kevin Brownlow received an honorary Academy Award for lifetime achievement. In his letter of nomination, Martin Scorsese said of him: “Mr Brownlow is a giant among film historians and preservationists, respected throughout the world…… Mr Brownlow is film history.”

Gwenda Young holds an MA and PhD in Film Studies from UCD, and is Co-head of the Discipline of Film and Screen Media at UCC with special interest primarily in classic Hollywood silent cinema. Gwenda is currently producing a book on the life and career of American film director Clarence Brown, Director of The Goose Woman.

Born in New York in 1936‚ Carl Davis studied music composition with Paul Nordoff and Hugo Kauder‚ and subsequently with Per Nørgaard in Copenhagen. His composition output is exceptionally broad, covering Theatre, Contemporary Dance, Ballet, Orchestral, Solo and Choral Works as well as the 1991 Liverpool Oratorio in collaboration with Paul McCartney.

His 1980 score for Abel Gance’s epic silent film Napoleon (1927), restored by Kevin Brownlow, triggered an extraordinary revival of interest in the silent film. In conversation, Maurice Seezer will focus on Carl’s interest in composing original music for silent era films, exploring an extraordinary period, from 1916 to 1927, when film and live orchestral music were in perfect synchronicity, and film was a truly innovative and universal art form.

Inspired by a notorious and unsolved New Jersey murder case from 1922, The Goose Woman (1925) is a compelling character study of an unconventional woman who lives on the margins of a society that celebrates glamour and youth. Stage star Louise Dresser plays Mary, a “goose woman” whose uncouth manners and coarse appearance give no clue of her glorious past as an opera singer.  When a murder occurs near her property, Mary seizes the chance to regain the spotlight, little knowing that her fabricated eye-witness testimony will result in her son being put in the frame as chief suspect. Directed by Clarence Brown, who would later find fame as Garbo’s favourite director, The Goose Woman is a fast-paced whodunnit that mixes gritty realism with social satire and provides a showcase for the extraordinary talents of Dresser. The film also features Jack Pickford (Mary’s brother) in a supporting role, as well as a killer cameo by director Brown.

The restored print will be introduced by Academy Award-winning historian Kevin Brownlow and accompanied on grand piano by BAFTA Award-winning composer Carl Davis. The screening will be followed by a Q&A moderated by Gwenda Young (Film and Screen Media at UCC).

Crash Ensemble is Ireland’s foremost contemporary music ensemble; a group of world-class musicians who play the most adventurous, ground-breaking new music of today. To mark their 20th anniversary at the cutting edge of contemporary classical music, Crash Ensemble present Crashlands – a ground breaking new music project.  This ambitious collaboration commissions and showcases new work from 20 Irish and international composers. A live performance of two of these pieces will be premiered on the West Pier on Long Island at sundown.

Ray Harman is a composer for Film, TV, Theatre, Contemporary Dance and Games. Having started as a guitarist and songwriter with Something Happens, he morphed into a Composer for media and has scored for TV and films such as Love/Hate, The Young Offenders, The Farthest,  A Dark Song, Eipic, One Million Dubliners, Patricks Day, Inspector George Gently.

Ray will demonstrate his work process by revisiting a selection of cues with video and audio, showing how they evolved, step by step, explaining the thought processes, collaborative discussions and technical details involved.

Starring Meryl Streep and Hugh Grant the film tells the improbable story of, a real-life New York socialite, who pronounced herself a coloratura soprano despite a distinct lack of talent. An affectionate portrait of the elderly heiress, her aspirations and her illusions as singer and lover. Money goes a long way toward bolstering any delusion, and in 1944 Jenkins bought her way to Carnegie Hall, performing an awful concert that became the stuff of legend.

Hugh Grant plays her romantic partner and enabler, St. Clair Bayfield, who pays off critics, making sure her recitals are packed with only sympathetic ears and tucks her into bed at night before running off to his mistress (Rebecca Ferguson).