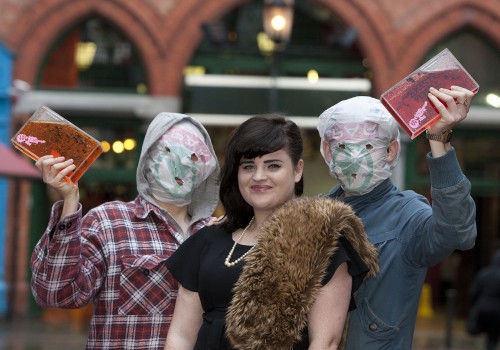 The nominees for the IMTV Awards have just been announced and if the talent is anything to go by, this years awards are sure to be an important night on the Irish music calendar.

The awards take place this Wednesday in The Academy celebrating the plethora of great music videos that come out of Ireland. With a total of 35 videos nominated, we see some returning categories, as well as a few brand new ones… and of course some familiar faces.

This year sees big name artists such as Cathy Davey, Two Door Cinema Club, The Coronas, Sweet Jane, Nadine Coyle, The Rubberbandits, Mighty Stef, Colin Devlin, Fight Like Apes and many many more, all battle it out against each other in their various categories.

Electronic Dj Shit Robot’s new video, directed by the uber talented Eoghan Kidney will go head to head with The Villagers’ ‘Becoming a Jackal’ video for the title of ‘Best Effects’ .

The suavely dressed Sweet Jane will lock fashion horns with pop rockers The Coronas and indie favourites Tallulah Does the Hullah for ‘Best Styled Video’.

Brand new to this years awards are not one, but two opportunities for the public to have their say – with public votes being taken for categories: “Sexiest Video” as well as “Viewers Choice” award which includes every video nominated. Plastic bags are the new lingerie as The Rubberbandits go head to head with Irish sweetheart Nadine Coyle and Dublin’s hottest drag Queen Veda in the ‘Sexiest Video’ category.

Winners are chosen by a panel of judges which includes some of Ireland’s most experienced musos and the night will pay tribute to Ireland’s most talented directors, producers and musicians. Last year saw favourites Fight Like Apes and Wallis Bird take home prizes while directorial talent Eoghan Kidney received a gong for Director of the Year.

These awards are slowly becoming the most sought after accolade in the Irish music industry and the night itself promises to be a veritable feast of live performances and awesome video footage from some of the country’s most talented artists with some interesting surprises on the night also.
For Full Details Visit: http://irishmusictelevision.com/?p=1791
Latest News