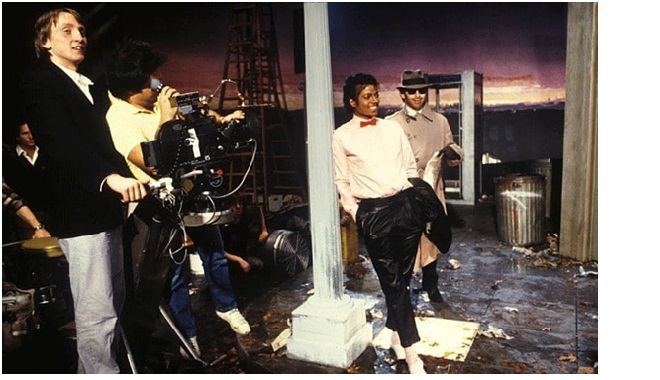 Steve is renowned for his ground breaking and innovative 1980s music videos with some of the world’s biggest music stars including Michael Jackson, Madonna and David Bowie. Many of these award-winning videos are now included on ‘Greatest Music Videos’ lists. In 1992 the ‘Billie Jean’ video was inducted into the Music Video Producers Hall of Fame

He has been nominated for 27 Emmy Awards and five Golden Globes.

Steve will be talking about his fascinating career, working with the biggest music stars in the world at the beginning of the MTV generation, creating and directing award-winning and innovative music videos (including the concept of the music video as a short film for Michael Jackson’s ‘Billie Jean’), and working in feature film and drama in Ireland, UK and US, for over 40 years.

He has also been nominated for 27 Emmy Awards and five Golden Globes.

Some of the notable music videos Barron directed include: