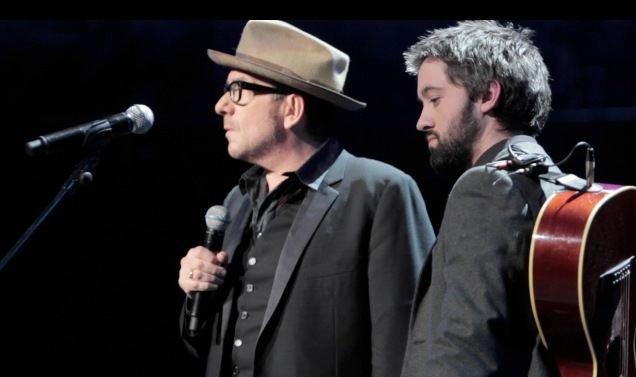 Last Thursday, as part of President Higgins’ State visit to Britain, the Royal Albert Hall in London played host to Ceiliúradh, a celebration of Ireland’s long-standing cultural connections with Britain.

The event also featured a performance from Conor O’Brien of Villagers (pictured), who duetted with Elvis Costello on the song “Shipbuilding”.

The full version of the show is available now on the RTE player here http://www.rte.ie/player/ie/show/10272080/