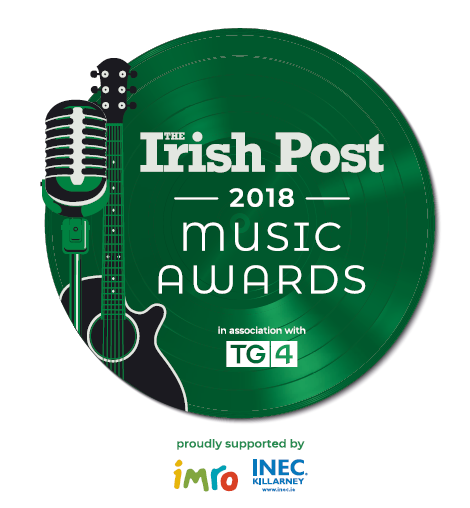 “Music is one of our most alluring and captivating exports and has proved a powerful cultural connection to Ireland for the Irish abroad. We are delighted to be showcasing the best of Irish talent and sharing it with a global audience this summer. The Irish Post Music Awards will bring the Irish home to the beautiful lakes of Killarney on a summer’s night – exactly what many Irish emigrants down through the years would have dreamt about.” Irish Post Editor-in-Chief Siobhan Breatnach

“2017 was an incredible year for Irish music. A wealth of emerging talent made serious inroads in various international territories around the world and in so doing reaching new audiences each step of the way. The Irish Post Music Awards recognise and champion some of our finest songwriters and performers and IMRO is delighted to be associated with these prestigious music awards.” Keith Johnson, Director of Marketing & Membership, IMRO

Ten of the country’s top acts will perform under one roof for one incredible night of Irish music. With awards in nine categories, including Best Country, Best Folk and Best Pop/Rock, a Lifetime Achievement Award will also be revealed on the evening. Winners will be picked by a panel of distinguished judges and a public vote. Best Singer/Songwriter, Best Album and Best Single will also be honoured on the evening alongside a Best Indie Award and Outstanding Contribution to TV/Radio.