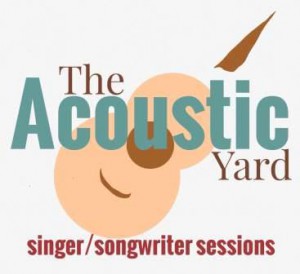 IMRO supported ‘The Acoustic Yard’ on Tuesday 24th of June offers up the sublime songwriting talent of Four Men and a Dog frontman Kevin Doherty, the amazing vocals of Kathleen Turner and the fabulous tunesmith Jimi Cullen. The monthly sessions offers a perfect blend of singer/songwriting under the intimate setting and glass roof of Matt Molloy’s Yard Bar.

Kevin Doherty, from Donegal, has recorded 5 albums with the hugely popular Four Men and a Dog and has appeared at many of the world’s major festivals and venues. Their performances and recordings include supreme examples of the playing of Irish traditional music and a mix of country, folk, blues and americana, including original songs by Kevin. Two of their albums were recorded at the studio of Levon Helm ‘The Band’ in Woodstock, New York.

Kevin has recorded 4 solo albums, ‘Strange Weather’, ‘Sweet Water’, ‘Telegraph’ and ‘Seeing Things’ as well as a limited edition EP called ‘Morocco’. He will be playing some new tracks especially for ‘The Acoustic Yard’ from his latest offering ‘Seeing Things’ a brilliantly constructed CD. Kevin is a true songwriter with lyrics and melodies immersed together in thought-provoking brilliance.

Kathleen Turner is a new name on the singer/songwriter scene and her latest EP release ‘Some Stories’ will surely catapult her into a household name. Coming from a good pedigree as sister of songwriter Juliet Turner, Kathleen has managed to blend contemporary melodies with a more traditional slant which is apparent in her fantastic song ‘Kenmare Bay’. As Juliet posted recently, “Sometimes I see Kathleen coming towards me and think “what am I doing over there?”
Now based in Limerick since 2006 the Tyrone-born singer is Education Outreach Officer with the Irish Chamber Orchestra and the key manager of their ‘Sing Out With Strings’ programme.

Jimi Cullen is currently touring his third CD ‘Life’, a wonderful collection of songs played with his amicable carefree sound. Jimi hails from Wexford and started out ten years ago playing in every nook and cranny. As one of the hardest working musicians, it finally paid off when his cover of The Cranberries classic ‘Zombie’ reached number two in the Irish iTunes chart last year.

Recently he was nominated for Best Male, Best Acoustic/alternative and Best Unsigned artist in the Music Review Unsigned awards. As a songwriter, Jimi has written some of the catchiest melodies around and he is a perfect addition to this month’s ‘The Acoustic Yard’.

Doors open 8.30pm and as usual IRISHTV will be there to film the event for future broadcast.