love:live music, Ireland’s celebration of National Music Day on Thursday 21st June, presents a brilliant opportunity to experience new music written and performed by some of the country’s most exciting musicians. Events take place throughout the day and are free to attend. 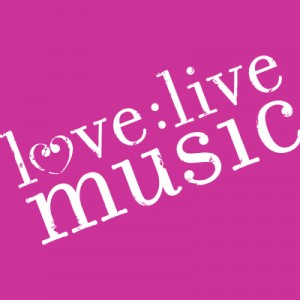 The Contemporary Music Centre begins the day with the launch of CMC’s Live at Your Place. Musicians from Crash Ensemble will give an intimate early morning concert to staff at the council’s offices on Wood Quay. Commuters across the city will be able to listen in, as the concert – which features music by CMC composers Enda Bates, Judith Ring and Benedict Schlepper-Connolly – is broadcast live on Dublin City FM’s Live Drive.

Enda Bates (b.1979) is a composer, musician, producer and academic whose work combines traditional acoustic and electronic music.  He is a founder member of the Spatial Music Collective.

Judith Ring (b.1976) is a Dublin-born composer working in electroacoustic music as well as with electronics in live performance. Her works include a number of highly successful collaborations with choreographers and film artists.

Benedict Schlepper-Connolly (b.1985) studied composition with Donnacha Dennehy at Trinity College Dublin and Justin Dello Joio at New York University.  He is a co-founder and director of Ergodos and General Editor of the Journal of Music.

At lunchtime, CoMA Limerick, founded by Fiona Linnane, will play an exciting concert of pieces inspired by the collection at the Hunt Museum, where the group is currently in residence. The works include Linnane’s Viking Ice Skate, commissioned as part of CoMA’s Reaction project in 2011, as well as The Dining Controversy by Derek Ball, which written in response to a call for scores held earlier in 2012. An open invitation has been extended for musicians to join CoMA Limerick for three days of rehearsals with guest conducted by composer John Godfrey and to perform in the final love:live music concert.

Fiona Linnane (b.1978) is a composer, teacher and musician living in County Limerick.  In 2008 she founded CoMA Limerick, a contemporary music ensemble for amateurs.

Derek Ball (b.1949) was born in Co. Donegal and now lives in Scotland.  His music has been performed by many of the leading Irish soloists and ensembles and in 2009 he was among the featured composers in the Horizons series at the National Concert Hall, Dublin.

John Godfrey (b.1962) is a composer and conductor. He co-founded the ensemble Icebreaker and has had works performed by the Bang On A Can All-Stars and Crash ensemble among many others.  He is founder of the Cork-based experimental group the Quiet Music Ensemble.

Music Educators Orchestra, directed by CMC composer Peter Moran, will present its debut concert, Love Live Classical, as part of the celebrations. The event will be a unique open-mic session for classical musicians and will also feature three special concert performances. Among them, Kirkos Ensemble will present a programme of new works by student composers from the Royal Irish Academy of Music.

Peter Moran (b.1981) draws inspiration from sources as diverse as such as gamelan, improvisation, blues and rock.  He is active in music education and created CMC’s New Music Alive primary music series. He is director of the Music Educators Orchestra

CMC composer Roger Doyle and Congolese guitarist Niwel Tsumbu have collaborated with cellist Vyvienne Long for Ballgown Musette, which takes place in the stunning surroundings of the Freemasons’ Hall. Audience members are encouraged to dress for the occasion in a vintage ball gown, a bow tie under a cape or a Zulu headdress! Places are limited, so advanced ticket reservation is advised by emailing moc.liamg@ednabarastac.

Roger Doyle (b.1949) is renowned in the field of electroacoustic composition and has worked extensively in theatre, film and dance.  Major works include Babel, composed over the course of ten years and completed in 1999, and Pasades (2002-07).

The day draws to a close with the premiere of a new work, Cosán de Solas Gealai Bui (A Path of Yellow Moonlight) by RTÉ lyric fm Composer in Residence and CMC composer Linda Buckley which fuses the traditional and the modern. Following the ‘sonic thread’ of traditional Irish music, the piece travels between orchestral and electroacoustic sound-worlds and will be performed by members of the RTÉ Concert Orchestra, DIT Traditional Music Ensemble and piper Mick O’Brien. The premiere will take place as part of La Ceoil, an all-afternoon outdoor event.

Linda Buckley (b.1979) is a composer from the Old Head of Kinsale, currently based in Dublin.  Her music has been performed internationally, including in Europe, the USA, China and South Korea.  She is a member of the Spatial Music Collective and is currently RTÉ Lyric fm Composer in Residence.