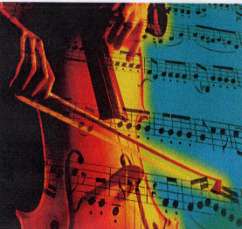 Johnson will give the first performances of Snapshot for solo cello by Frank Corcoran (b.1944) and …as if nothing had happened for cello and electronics by Rhona Clarke (b.1958).  Completing the programme is Five Hofer Photographs by David Fennessy (b.1976), which was first performed by Johnson as part of Concorde’s 35th anniversary season earlier this year.

Now in its ninth season, the Contemporary Music Centre’s new music::new Ireland salon series aims to encourage newcomers and enthusiasts alike to engage with the music of Irish composers.  Each performance takes place in an informal atmosphere with dialogue encouraged between composers, performers and audience.

The premiere of Snapshot will come in the week before Corcoran’s Violin Concerto is given its first performance by the RTÉ National Symphony Orchestra.

Admission to the concert is free but booking is strongly recommended.  To book please contact the National Concert Hall (tel: 01 417 0000 / www.nch.ie).

The new music::new Ireland salon series will continue in November with a concert by the RIAM-based contemporary music ensemble Kirkos on Thursday, 29 November.  Details of the programme will be announced in October.

Martin Johnson was born in 1975 and studied cello under the direction of Anna Shuttleworth (a former student of Pablo Casals), Andrew Shulman (Principal Cello, The Philharmonia) and the British soloist Alexander Baillie.

In 2000, he joined the RTÉ National Symphony Orchestra and moved to Dublin, where he was subsequently appointed Section Leader.  In January 2008 he made his Irish solo debut with the RTÉ National Symphony Orchestra, performing Saint-Saëns Concerto No. 1 in A minor.  In February 2012, he made his fifth appearance as soloist with the orchestra in Delius’ Double Concerto for Violin and Cello, performing alongside the orchestra’s Leader, Alan Smale.  As a soloist, Martin Johnson has given performances of concerti by Corelli, Joseph Haydn, Schumann, Lalo, Saint-Saëns, Ibert, Tippett, as well as Beethoven’s Triple Concerto and Richard Strauss’s tone poem Don Quixote with the RTÉ NSO.  Much in demand as an orchestral musician, Martin is also a regular Guest Section Leader with orchestras in the UK, recently including Opera North and BBC Scottish Symphony Orchestra and Welsh National Opera.  In recognition of his orchestral work, in 2006 he was invited to become a member of the World Philharmonic Orchestra.

In 2011 he completed an MA at the CIT Cork School of Music with First Class Honours and was honoured with the Presidents Award at CIT, awarded to the most outstanding student across all faculties at the institution during the academic year 2010-2011.

More recently he collaborated with Irish Composer Brian Byrne and Singer Sinead O’Connor on the title track to the film Albert Nobbs, starring Glenn Close.  The song – Lay Your Head Down – was nominated for Best Original Song at the 2012 Golden Globe Awards.