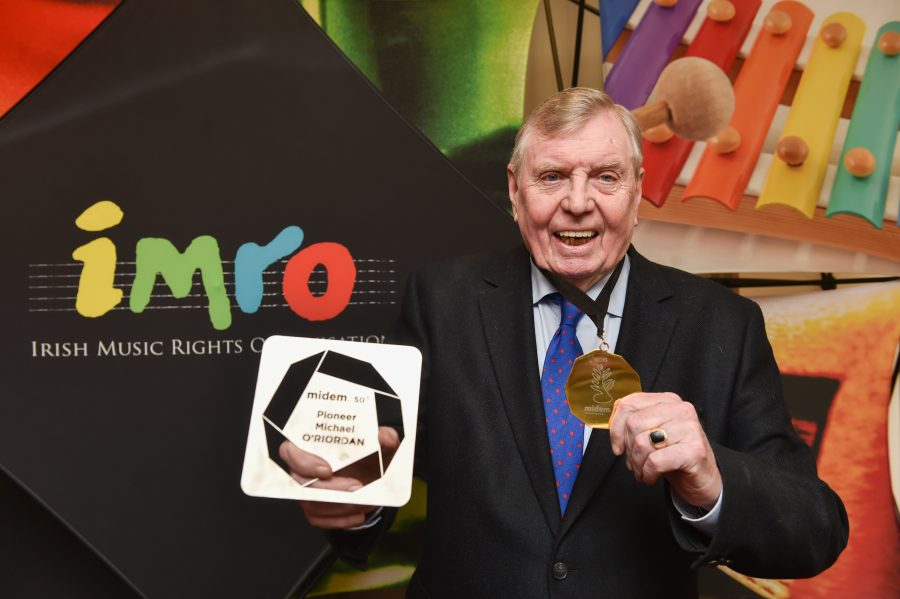 The Boards of the Irish Music Rights Organisation CLG (IMRO), Mechanical Copyright Protection Society (Ireland) Ltd (MCPSI) and the Music Publishers Association of Ireland would like to acknowledge the very sad news of the recent passing of their friend and colleague Michael O’Riordan. Michael was a major player in the success of Release Records in the late 1960s, when the Irish music scene was mainly dominated by that label and its unrivalled catalogue of showbands, ballad singers and cabaret acts. He was an unrelenting campaigner for more use of all types of Irish music on radio and television. More recently he concentrated on the publishing side of the business through his Watermill publishing company. He also devoted much of his time to mentoring those coming up through the music industry. He was a director and committee member of IMRO and MCPSI, served on the Music Board of Ireland and was the current president of the Music Publishers Association of Ireland.

He is survived by his wife Dorothy and children Sinead, Catriona and Emmet.