New Festival to Showcase the Work of Irish and European Composers 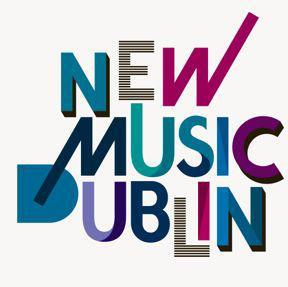 New Music Dublin is a major new festival that gives voice to a broad range of musical creativity from our time by showcasing the work of major international and Irish figures to the public, and through the involvement of many Irish artists.

NMD is a new partnership initiative of The Arts Council, The National Concert Hall, RTÉ Orchestras and the Contemporary Music Centre. It will take place in the NCH on March 1st, 2nd and 3rd 2013 and is the first event arising from a planned five-year partnership. The Arts Council is providing significant funding to New Music Dublin (see below for further background information regarding each of the partner organisations).

NMD offers audiences the opportunity to immerse themselves in many different types of new music. The 2013 Festival includes the RTÉ National Symphony Orchestra, directed by virtuoso trombonist Christian Lindberg in the world premiere of Lindberg’s new work ‘Kundraan and the Arctic Light’; the RTÉ Concert Orchestra performing the Irish premieres of Arvo Pärt’s ‘Symphony Number 4’ and Louis Andriessen’s ‘De Staat’; Garth Knox bringing his ECM project ‘Saltarello’ to Dublin; the serene voices of the Hilliard Ensemble paired with the haunting music of Icelandic composer Jóhann Jóhannson; Crash Ensemble with European voices new to Ireland including Heiner Goebbels and Michel van der Aa; Callino Quartet with a world premiere by Kevin Volans; late night events including the cosmopolitan duo A Winged Victory For The Sullen and more.

In addition to the programme of concerts taking place over the festival weekend, NMD has a busy schedule of workshops, masterclasses and other events. The festival forms part of Ireland’s EU Presidency Cultural Programme, and at a time when our relationship with Europe is undergoing much discussion, is an opportunity to celebrate the diverse creative nature of the current generation of European and Irish artists.

For further information on the festival schedule and updates see www.newmusicdublin.ie