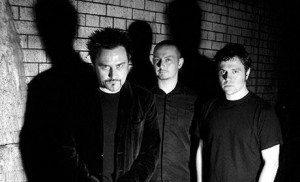 have been shortlisted for the Northern Ireland Music Prize 2014. The winner will be announced at a special awards night at the Mandela Hall, November 15. More than 70 people were contacted from the NI music industry and music media. This resulted in the following shortlist:

Foy Vance was the winner of the NI Music Prize in 2013. He was “gobsmacked” that his ‘Joy Of Nothing’ album was highlighted by the voting academy last November. He added: “what I love about it is it’s shedding a light on Northern Irish music. And the more people who know about that, the better.”

The NI Music Prize event is being supported by the Arts Council of Northern Ireland. The event will be the finale of the Sound of Belfast, programme, November 7-15.

The NI Music Prize will end with a special presentation to the band Therapy?, who formed in 1989. They will be presented with an Oh Yeah Legend Award for their ground-breaking achievements. The band will then perform their 1994 ‘Troublegum’ album, which sold over a million copies and was shortlisted for a Mercury Prize.

A series of shortlisted acts will also perform during the NI Music Prize.