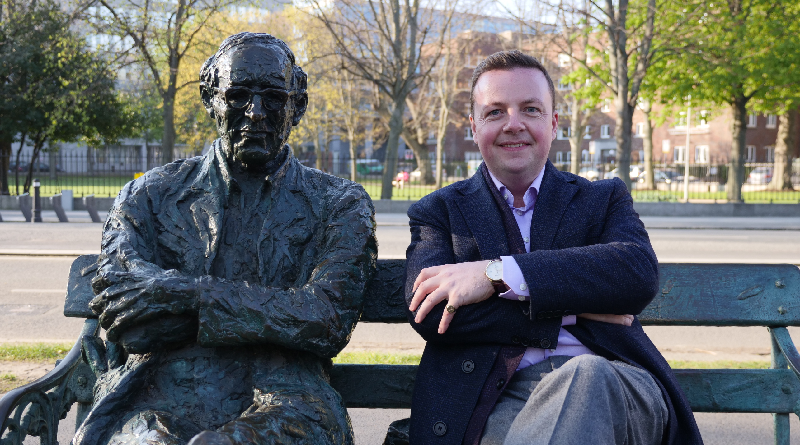 The song that you have chosen as Ireland’s Favourite Folk Song has been announced and was performed live to the nation on The Late Late Show on RTÉ One by Luka Bloom.

Written by Patrick Kavanagh and made famous by singer Luke Kelly, On Raglan Road is one of the great iconic Irish folk songs, and last night its place in the nation’s hearts was confirmed.

The Ireland’s Favourite Folk Song series was presented by folk legend Mary Black, who said: “I’m delighted to hear that the public voted for the wonderful On Raglan Road as Ireland’s favorite folk song. It’s always been a favourite of mine and deserves this great accolade!”

Impressionist and Monaghan native Oliver Callan, who had championed On Raglan Road as part of the television series, spoke movingly about the announcement on the Late Late Show.

On Raglan Road, began life in the 1940s as a lyric poem written by Patrick Kavanagh following his doomed infatuation with Hilda Moriarty, a young medical student from Dingle. Kavanagh befriended Hilda in 1944 when they both lived on Raglan Road. She enjoyed the famous poet’s company but at twenty-two she was not interested in having a romantic relationship with this forty-year-old man. Kavanagh, struck by Cupid’s arrow, saw things differently and his ensuing disappointment found expression in the poem that would eventually become On Raglan Road. It was first published in The Irish Press in 1946 as Dark-haired Miriam Ran Away.

Writer Benedict Kiely recalls Kavanagh asking him at that time if his verses could be sung to the tune of The Dawning of the Day. It was in Dublin’s Bailey pub in 1964 that the poet told balladeer Luke Kelly that he had a song for him. It soon became a standard in Luke’s repertoire.

Tragically, Kavanagh died before he could hear his lyric recorded. Kelly eventually recorded the song with The Dubliners in 1971; it was included on their live album Hometown in 1972 and has remained a firm favourite with Irish people since.

Of the project, poet Gerry Hanberry, who wrote the background stories to each of the shortlisted songs for RTÉ Culture, said “The search for Ireland’s Favorite Folk Song has been the focus of some enjoyable heated debates and counter-thumping since it arrived on our screens a few months ago. It has stirred some wonderful spittle-spraying discussions around the definition of folk music, the intensity of which has not been heard since Dylan took out his electric guitar at Newport Festival decades ago.”