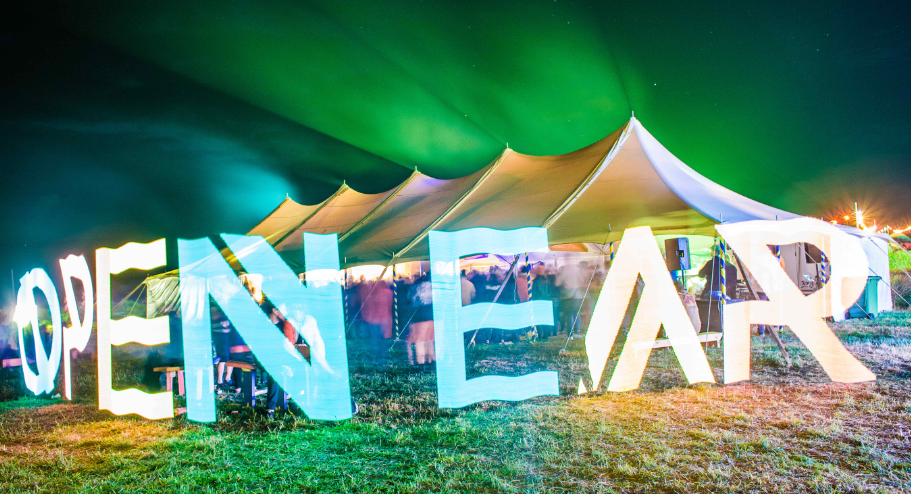 Open Ear festival have announced ‘Open_Aux’, a series of collaborations in sound and vision across Sherkin Island, West Cork, for the fourth annual edition of the festival, this June Bank Holiday Weekend, Thursday 30th May to Sunday 2nd June.

Open_Aux, which runs as part of the main festival programme, utilises various locations and landmarks on the Island including the Sherkin Community Hall, Horseshoe Harbour, Sherkin Primary School, and more. Details of the innovative Open Aux programme have just been announced:

Dublin Institute of Technology Students from the BAVA (BA in Visual Art) on Sherkin island will produce a collective sound performance in the National School titled ‘Sounding the Entropic’. Engaging with the history of the school, its recent closure and potential future, the students will develop artistic research processes over a durational period of time, facilitated by world-renowned sound artist Susan Stenger. A final event will be staged in the school during the festival and will include a sound performance and related discursive activities.

Experimental musician Áine O’Dwyer, known for her live performances and recordings which explore the aesthetics of sound and its relationship to environment, time, audience, and structure,will showcase ‘Accompaniment for Captives’, a site specific piece on the island.

On the Saturday afternoon of the festival, Dublin Digital Radio will host Spectral Voices Damned to Air, an installation that explores the intersections of radio transmissions, digital spaces, and the physical location of the project on the island.

Digital Druids return to Open Ear to provide esoteric and mysterious art. From banners, activated sculptures, painted stones, a VR video library, off grid servers to brain expanding coffee, they will see you through on your journey to higher being with their new project Yoga for the Eyes Part IV: Leaving the Cloud.

Róisín Foley (formerly Doswell Gallery) brings artists to a shipping container looking down over the Silver Strand for her pop up gallery Top of the Field. Artist Shane O’Driscoll will produce a series of sculptures called Island Tings around the island, and there will also be works from Dervla Baker, Deirdre Breen, Fiona Kelly, Peter Nash, Luke Sisk, and many more.

Festival attendees are invited to bathe themselves in Ambisonic Sound – a surround sound format which utilises multiple speakers setup around, above and below the listener to give an immersive audio experience, presented by Ambisonics Ireland. They will be setting up in the island’s Community Centre for the weekend, where several unique performances and installations will be taking place.

There will also be a live 101 Beats Per Minute performance featuring Sunken Foal and special guests on the North Shore stage on Saturday.

Ticket Tiers 1 through to 4 now sold out with a limited number of final tier tickets now on sale. Tickets €170 + booking fee are available from www.openear.ie. The festival are also releasing a limited number of Sunday tickets, €55, which will go on sale this Friday 10th May.

Open Ear is a one-of-a-kind festival experience gives a platform to Irish artists involved in the experimental and electronic music scene, in the stunning surrounds of Sherkin, an island measuring 3 miles long and 1.5 miles wide off the coast of West Cork. With it’s most expansive and diverse line-up to date, featuring over 50 performances, the full line up is out now.

Open Ear invites you to switch off and plug in to a slower speed of life. Discover some of the music featured on the line-up on the festival’s playlist here.

For a closer look behind the scenes, check out this short 5 minute documentary by Joseph Ingersol:

Top Of the Field ::  Ambisonics Ireland