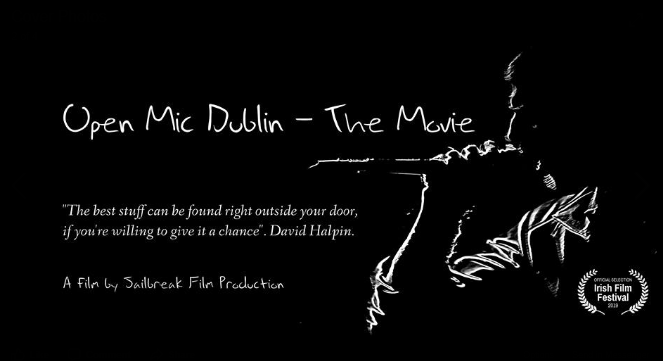 “Open Mic Dublin – The Movie” has been selected for a screening at the prestigious Irish Film Festival in New Jersey (Feb 9th).  This is a very positive endorsement for the film and will focus well deserved attention to the artists featured in the movie.

This documentary is the result of a two-year comprehensive examination of a number of artists and hosts operating in the vibrant open mic scene in Dublin. It also includes an interview with the man who started the first open mic in Dublin and who subsequently went on to run open mics for 25 years, influencing the development of successful artists like Gemma Hayes, Damien Dempsey, Glen Hansard and many more.

IMRO members Alan Morton and Conor Clancy, from the Jailbreak Sessions Open Mic sessions which take place in the Patriot Inn Kilmainham, have created what could be the feel-good movie of the year.

The film is awash with superb music and poetry, captured live and in the raw. This is probably the first project of its kind attempted for this scene, and due to the scale of the task, it’s not likely to be repeated any time soon. As a debut production this is a strong first cut for director Alan Morton.

Details for an Irish screening are expected to be announced soon.