Pop to the rescue of the music industry

New research published by Informa’s “Music & Copyright” reveals that global retail sales of pop music increased 2.3% last year, to US$7.5 billion. Pop ended 2011 as the world’s favorite music genre, accounting for 31.9% of global music sales. Total retail sales slipped 3.7% last year, to US$23.3 billion, so the growth of pop sales was all the more impressive. 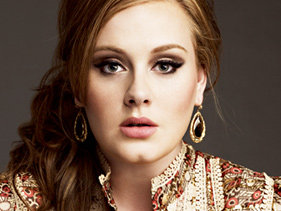 Aside from pop, all other genres suffered a fall in sales last year. However, the bigger fall in rap, R&B and hip-hop sales allowed country to become the world’s third most popular music genre with a 6.2% share.

According to Simon Dyson, editor of Music & Copyright, “massive sales of Adele’s album “21” clearly boosted pop sales last year. The unstoppable rise in the popularity of Justin Bieber, Michael Buble and Lady Gaga also made sure pop’s bubble didn’t burst. Despite lower viewing figures for the music-based reality TV show, artists and groups created by those shows, such as One Direction, Susan Boyle and Olly Murs, just keep on selling.”

In contrast to previous years, which have seen retail sales of some of the smaller genres such as classical music and jazz fall the fastest, the reverse was the case in 2011. Sales of classical music and jazz were only marginally down last year. Smaller genres have suffered more than most in recent years from retailers giving less floor space to slow-selling, low-margin genres in favor of better-selling items, such as DVDs, video games and consumer electronics.