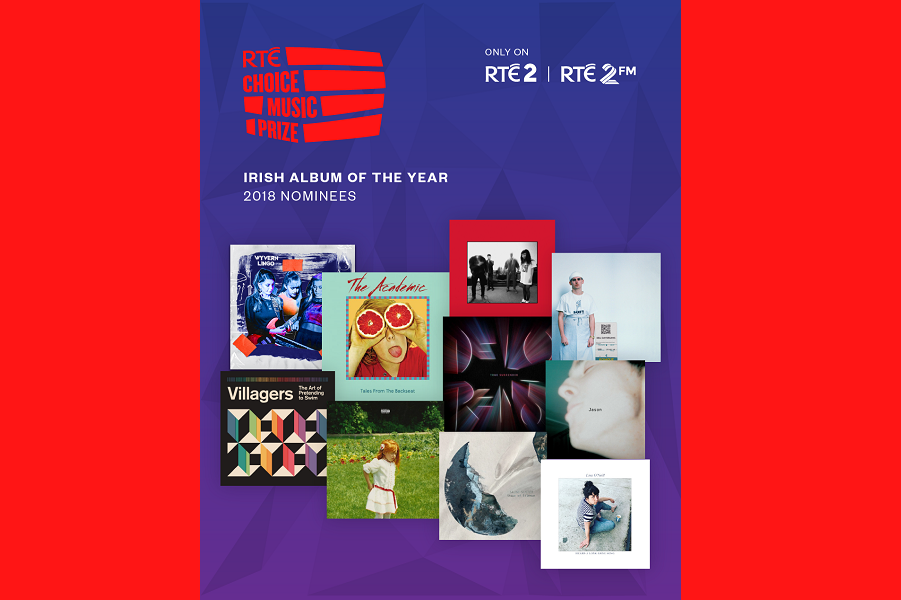 The line-up for this year’s RTÉ Choice Music Prize live event, in association with IMRO & IRMA, has just been announced by Tracy Clifford on 2FM.

Nine of the ten acts have confirmed to perform at the event:

Tickets are on sale now from: https://www.ticketmaster.ie/Choice-Music-Prize-tickets/artist/1541435

The winning albumwill be announced at the RTÉ Choice Music Prize live eventin Vicar Street, Dublin on Thursday 7th March and broadcast live on RTÉ 2FM in a special four-hour extended show from 7-11pm. A special television programme of the event will be broadcast shortly afterwards on RTÉ2 presented by Eoghan McDermott and Bláthnaid Treacy.

The 10 shortlisted albums can be enjoyed in full on the RTÉ Choice Music Prize website www.choicemusicprize.ie and on www.2fm.ie/rtechoicemusic.

RTÉ Choice Music Prize “Conversations” will return and take place during the day on the 7th with Culture Ireland funding the attendance of influential overseas Industry executives to attend the panels and live event that night.