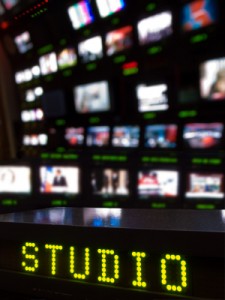 Generator NI is a new three year music industry development programme for Northern Ireland. Generator NI will be working in partnership with Honeycomb – Creative Works to bring the music and creative industries to key cities and towns across Northern Ireland. The series of industry events will create invaluable opportunities for artists, labels, managers and digital content creatives to meet, network and learn together.

The next event for the partnership will be a Sound and Vision day during the Foyle Film Festival this November. Four unique events dedicated to the marriage of music and moving image are programmed to span from morning to night on Friday the 22nd of November in L’Derry. The events are as follows:

Portmanteau is a UK music agency that represents a range of record labels, publishers and artists in order to place their music in audio-visual productions from around the world – online, on television and in film. They cover both master and publishing copyrights in the majority of cases and so can clear for use quickly and in ‘one-stop’. They’ve placed across all media – from The Fast and The Furious trailer to The Iron Lady, from Xbox to Adidas. They’ll take the audience on a comprehensive journey through all aspects of music placement.

We welcome Ian Neil to discuss the vital role of the music supervisor and take a closer look at the part music has played in a number of films. A music supervisor requires not just an encyclopedic knowledge of music but also an instinctive sense of which song or piece of music will add value to any given scene. Some of cinema’s most iconic moments stem from using the right track at the right time – Stealers Wheel’s “Stuck In the Middle With You” in Reservoir Dogs or the Rolling Stones’ “Tell Me” in Mean Streets, for example.

Ian Neil is one of the film industry’s leading music supervisors, having lent his expertise to films such as Snatch, Kick Ass, Alan Partridge: Alpha Papa, Control, Nowhere Boy, Sex & Drugs & Rock’n’Roll and 127 Hours. We’re delighted to welcome Ian to play some of his most memorable scenes in film and talk through the pathway towards the music use.

Join director Adam Smith for an hour long workshop on the collision between music and image, followed by a screening of Don’t Think.  Adam will play extracts from some of his work in music videos (including with long term collaborators The Streets) through to chatting about directing “the greatest episode of Doctor Who there has ever been” (The Guardian). Joining him on stage will be actor Mark Monero, and together in the cinema they’ll recreate some of the live visual effects used in Don’t Think – including the iconic LED man. You’ll not believe your eyes when you see how it was done.

Described by Mojo Magazine as “a psychedelic masterpiece”, Don’t Think captures a 2011 performance of The Chemical Brothers at the Fuji Rocks Festival in Japan. An unmissable event.

Zidane: A 21st Century Portrait is a 2006 French documentary film focusing on the playing style of the French football player Zinedine Zidane. The film is a documentary focused purely on Zidane during the Spanish Liga Real Madrid vs. Villarreal CF game on April 23, 2005 at the Santiago Bernabéu Stadium and was filmed in real time using 17 synchronized cameras. During the last minutes of the match, Zidane was sent off as a result of a brawl. The screening will be accompanied by a DJ set from Stuart Brathwaite, the main creative force in Mogwai, the Scottish instrumental band who composed the original music for the film, and whose immense body of work continues to underscore extraordinary film and moving image.

All events are free. Visit generatorni.com to reserve your place.