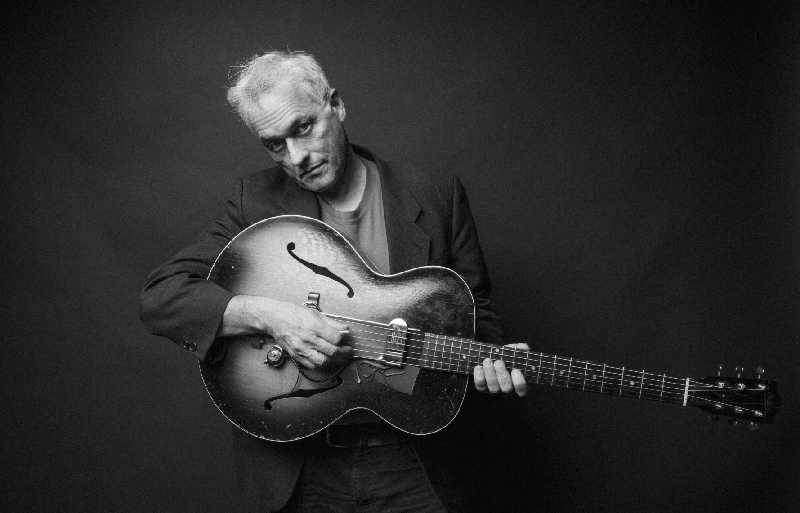 Marc Ribot joins Sam Amidon at Tradition Now for a special performance which will explore the relationship between traditional music and jazz. Ribot is best-known for his work with Waits but his talents have been in demand from a host of other luminaries over the years including Elvis Costello, John Zorn, Wilson Pickett, Chuck Berry, Marianne Faithfull, Robert Plant and Alison Krauss and many more.

Another heavyweight with whom he is closely associated is Elvis Costello – his skills can be heard on revered long-players Spike (1989), Mighty Like A Rose (1991) and Kojak Variety (1995).

Marc has released 25 albums under his own name over a 40-year career, exploring a dizzying array of genres. He has also composed and contributed to numerous soundtracks including Martin Scorsese’s The Departed, Spike Jonze’s Where The Wild Things Are, Johnny Cash biopic Walk The Line and Liev Schreiber’s Everything is Illuminated.

He reunites with Sam for this special Tradition Now show on October 6 exploring the hidden connections between trad and jazz. In the second part of the evening revered concertina player Niall Valley presents his Sounds Like Freedom project with New York power Jazz trio Harriet Tubman, which explores the links between Irish and US civil rights struggles. For more on Tradition Now: https://www.nch.ie/Online/article/Whats-On-Tradition-Now-19