The Hit is back – and looking for songwriters!

After a successful pilot last year, RTE’s songwriting talent show ‘The Hit’ is back for a series and the show’s producers Vision Independent Productions are seeking more great new songs and songwriters to shine a light on. 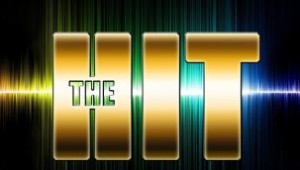 In the pilot show Royseven chose Stephen Walker and Ed Kelly’s ‘Sidelines’ and Brian McFadden picked Ian Colgan and Shane Butler’s ‘Invisible’ to record as their latest singles, and suddenly these two sets of unknown songwriters found their songs flying up the charts and playing all over the radio.

Each show in the new series will have two different artists competing to find their next hit, and – since the shows are being broadcast during the summer – producers need to hear your songs NOW!

Interested songwriters should download the following questionnaire and send it – together with a copy of your song lyrics – to vt.gmpiv@tiheht along with an mp3 or mp4 recording of your song (or link to where the song can be streamed/downloaded) before the closing date of May 17th 2013