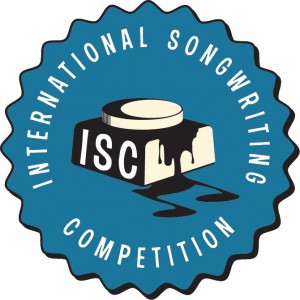 Music Supervisors and Publishers Look To Unsigned Only Artists for Songs for Film, TV, Ads, and Video Games

May 12, 2014, Nashville, TN – – Unsigned Only Music Competition announced today the launch of a special promotion, “Screen Shot,” geared toward the placement of music in film, TV, advertising, and video games. “Screen Shot,” sponsored by Radio Airplay, offers the opportunity for artists to have their music heard by some of the top music execs who are looking to place music in various projects. Artists can submit their original songs from May 12-23, 2014 on the Unsigned Only website at

A select group of finalists will be chosen, and their songs will be made available to almost 1,000 industry contacts who are looking for music for upcoming projects. Additionally, one overall winner will be selected and awarded $1,000 courtesy of Radio Airplay, plus 4,000 Radio Airplay credits, promotion on Radio Airplay’s social media outlets such as Twitter and Facebook, and an artist spotlight feature in their blog and newsletter reaching over 200K members. All songs entered into “Screen Shot” will also be entered in Unsigned Only 2014, and all entrants will receive 100 free spins on Radio Airplay for each entry. The winner of “Screen Shot” will be announced in August, 2014.

Unsigned Only’s directors, Jim Morgan and Candace Avery, state, “Music placement in film, TV, ads, and video games can be a significant revenue source for musicians. Not only can it be a huge boost for an unsigned artist’s career in terms of increasing exposure to a mainstream audience, but it can also increase revenue through upfront money, license fees, and performance royaltes. We want to create opportunities in this field for unsigned artists, and this is this is why we have created “Screen Shot.” We are very excited to introduce this new component of Unsigned Only.”

Unsigned Only 2014 is an international music competition designed for solo artists and bands who are unsigned to a major label record company or any of its affiliates, subsidiaries, or imprints. Unsigned Only is looking for outstanding, talented artists: a band, singer, or solo artist…a newcomer or veteran…raw or polished – the gem that needs to be discovered. The Grand Prize winner in Unsigned Only receives $10,000 cash,merchandise prizes, and the opportunity to directly network with and be mentored by some of the music industry’s top label executives.